Read on to find out who won the Ultimate Fighter 19 fight between wrestler Patrick Walsh and BJJ ace Anton Berzin! 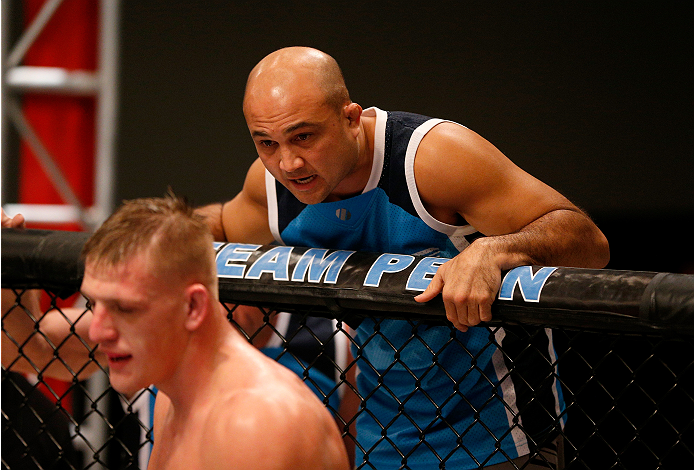 After Roger Zapata’s controversial win last week over Ian Stephens, the tension inside the house is at it’s peak. We open inside the kitchen and the awkwardness is palpable even through the television set. Besides the loss itself, Team Edgar’s anger with Team Penn derives from the fact that the Prodigy’s fighters act like they deserved the victory. Team Penn stands by their fighter and thinks that the judges made the right call. They invoke the unified Stockton rules and resort to the “Look at Ian’s face!” argument as proof of Roger’s deservedness.

While last week’s result still stings, we move on to this week’s fight between Patrick Walsh and Anton Berzin. Walsh (aka “Fat Pat”) is a wrestler that knows he’s in for a tough test against Team Penn’s #1 pick. He doesn’t mind the challenge, though. Why? Because he’s a Boston guy. The son of a commercial fisherman, he knows about hard work. Not one to lay and pray, Walsh says that he’s “always looking for the finish.” He models his fighting style to that of UFC legend and Team Penn assistant coach Mark Coleman. As far as Coach Edgar is concerned, that’s the perfect strategy to have. If last week has taught him anything, it’s that you can’t just sit in the same position for the duration of the round (even if that happens to be a dominant position). Takedowns mixed with some ground and pound will be the keys to victory.

Back on the Team Penn side, Anton Berzin takes a page out of Myles Jury’s playbook of humble 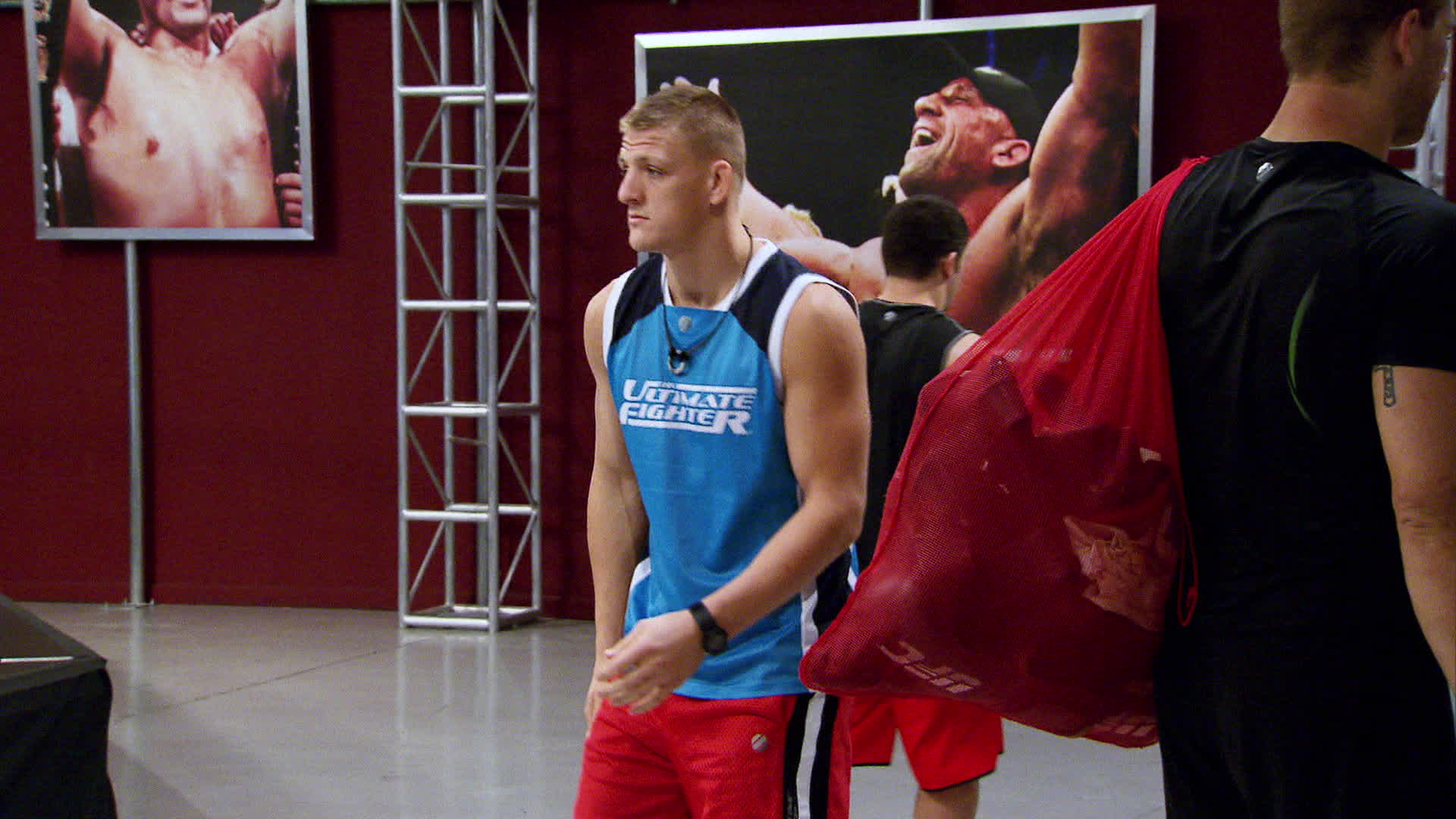 arrogance. When asked about how he sees his fight going, he responds, “I don’t want to sound cocky, but I’m going to knock him out.” He may not understand the meaning of the word cocky, but Berzin has good reasons for his confidence. In all of his professional or amateur fights, he’s never gone to decision. Instead of over-thinking his game plan, Anton states that, “now is not the time to try anything.” He wants to keep doing what has gotten him to this point and worry about new things later.

This attitude becomes readily apparent when he’s hitting pads with assistant coach (and former trainer to Chuck Liddell) John Hackleman. As Hackleman tries to show him some new technique, Anton keeps stopping and correcting him. BJ understands that Anton has had success before, but the young fighter’s insistence on not listening to the coaches creates some tension. BJ suggests that maybe Anton should, “listen to [his] coach every once in a while.” 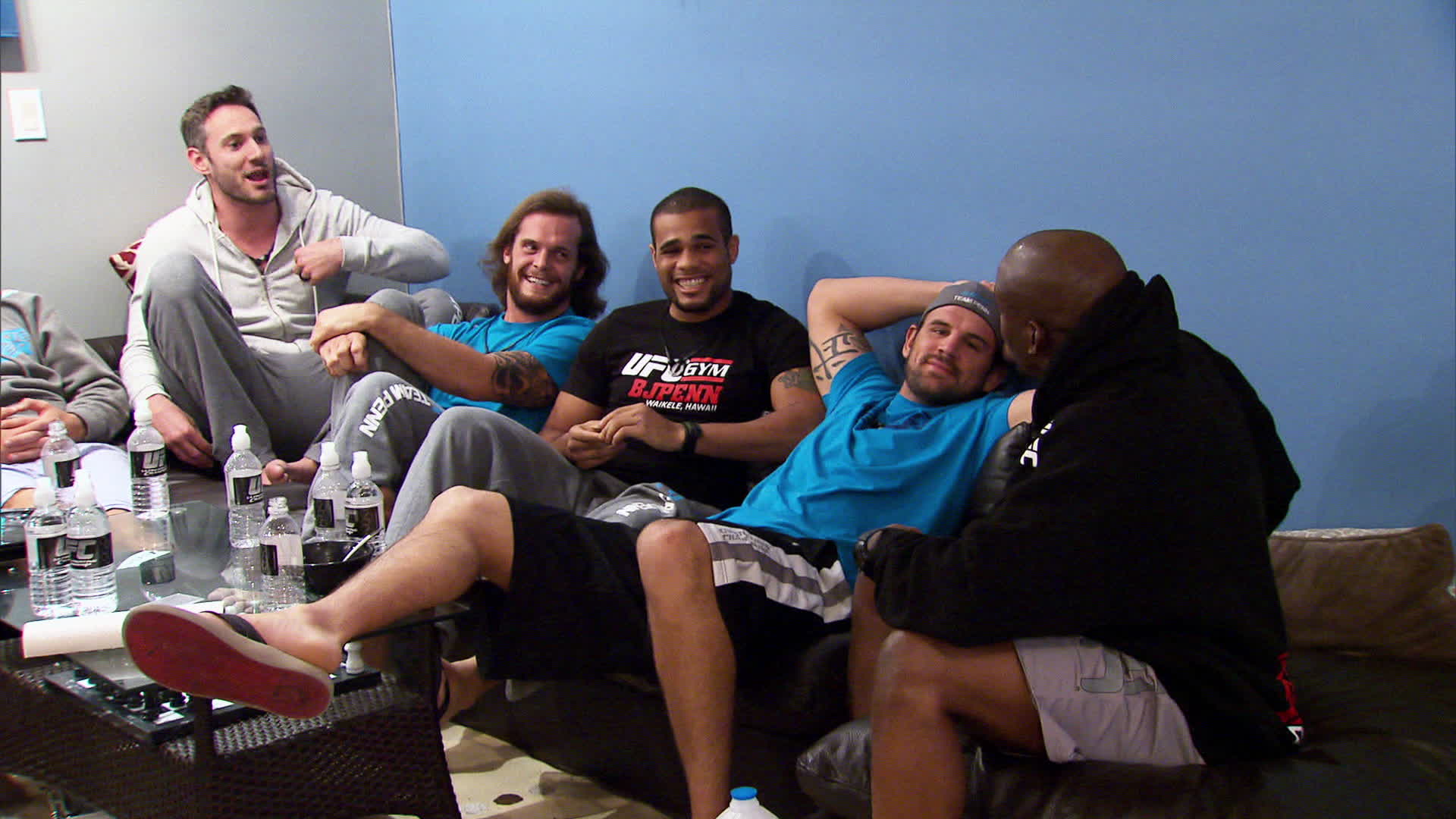 Back at the house, all the fighters are watching a UFC card, and a disagreement over a referee’s decision ignites the powder keg. Matt Van Buren kicks things off by commenting that apparently judges AND referees don’t know what they’re doing in this sport. This results in each team yelling at one another and rehashing last week’s controversy. Chris Fields and Eddie Gordon then engage in an ontological argument concerning what a majority draw truly means. Mark Coleman just sits by and watches. “These guys are caged lions. I expected it sooner...this is awesome!”

The two touch gloves and Patrick wastes no time getting in Anton’s face. He swings hard and uses that momentum to engage the clinch. Anton absorbs the attack and hits a trip takedown. He immediately takes Patrick’s back and starts to lock up a rear naked choke. Patrick fights it off, returns to his feet and Anton takes the hooks out. Anton then shifts to a front headlock and snaps Patrick back to the ground. He can’t advance position, and the tow reset in the center.

Patrick moves right back into the clinch and elevates Anton with a huge hip toss. Working from side mount, Patrick starts punch, but Anton makes it to his knees and then back to his feet. They both sneak some punches in from the clinch. Anton connects on a big uppercut, but Patrick keeps charging forward. He goes for another toss, but Anton reads this one and takes the back again. Patrick doesn’t waste any time scrambling and finds separation with less than a minute to go. They exchange a few more strikes and Patrick closes out the round with a single leg takedown.

> Check out Octagon photos from Walsh vs. Berzin!

Patrick continues to swing big and move forward. Anton counters and rebuffs the first takedown attempt. Anton gets the better end of the striking exchanges, but mistimes a body kick. Patrick grabs the leg and slams Anton to the mat. Patrick then spends the rest of the round in top position. Learning from Ian Stephen’s mistakes from last week, Patrick keeps punching and brings the ground and pound he promised earlier. Anton is able to create a scramble later and even attempt an armbar, but Patrick moves right back to half guard and punches until the bell rings. The judges have the scorecards tied and we’re heading to sudden victory!

Patrick walks forward with his hands at his waist. The punches find their mark, and he follows up with another slam takedown. He’s back in half guard and maintains the same attack from the second round. Anton just has nowhere to go, and he doesn’t even appear to have the energy to move back to his feet. Anton just holds on tight and takes Walsh’s punches. We see the Team Penn coaching stuff, and they are quiet. Nothing they say can get through to their fighter. Anton finally shows a spark with 25 seconds remaining, but Patrick puts him right back in place.

There’s not controversy this week as Patrick Walsh takes the decision. Frankie Edgar admits that he was worried when Anton took Patrick’s back in the first, but it all worked out for the best. BJ calls Patrick’s big hip toss the turning point of the fight. That move, “took the wind out of Anton’s sails.” Later in the locker room Anton confesses that he gassed out. BJ Penn is tempted to say, “I told you so,” and criticizes Anton for not listening to the coaching staff. We move to the fight announcement and it will be Team Edgar’s Eddie Gordon vs. Team Penn’s Mike King.

> Check out Behind-The-Scenes photos from Walsh vs. Berzin!

Things wrap up with a sneak peek into next week’s episode. Who wins the coach’s challenge? Can Eddie Gordon back up all his big talk? What other philosophical treatises will arise? Find out this and more next week on The Ultimate Fighter!