UFC.com sat down with Ultimate Fighter 19 semifinalist Corey Anderson for a Q&A. 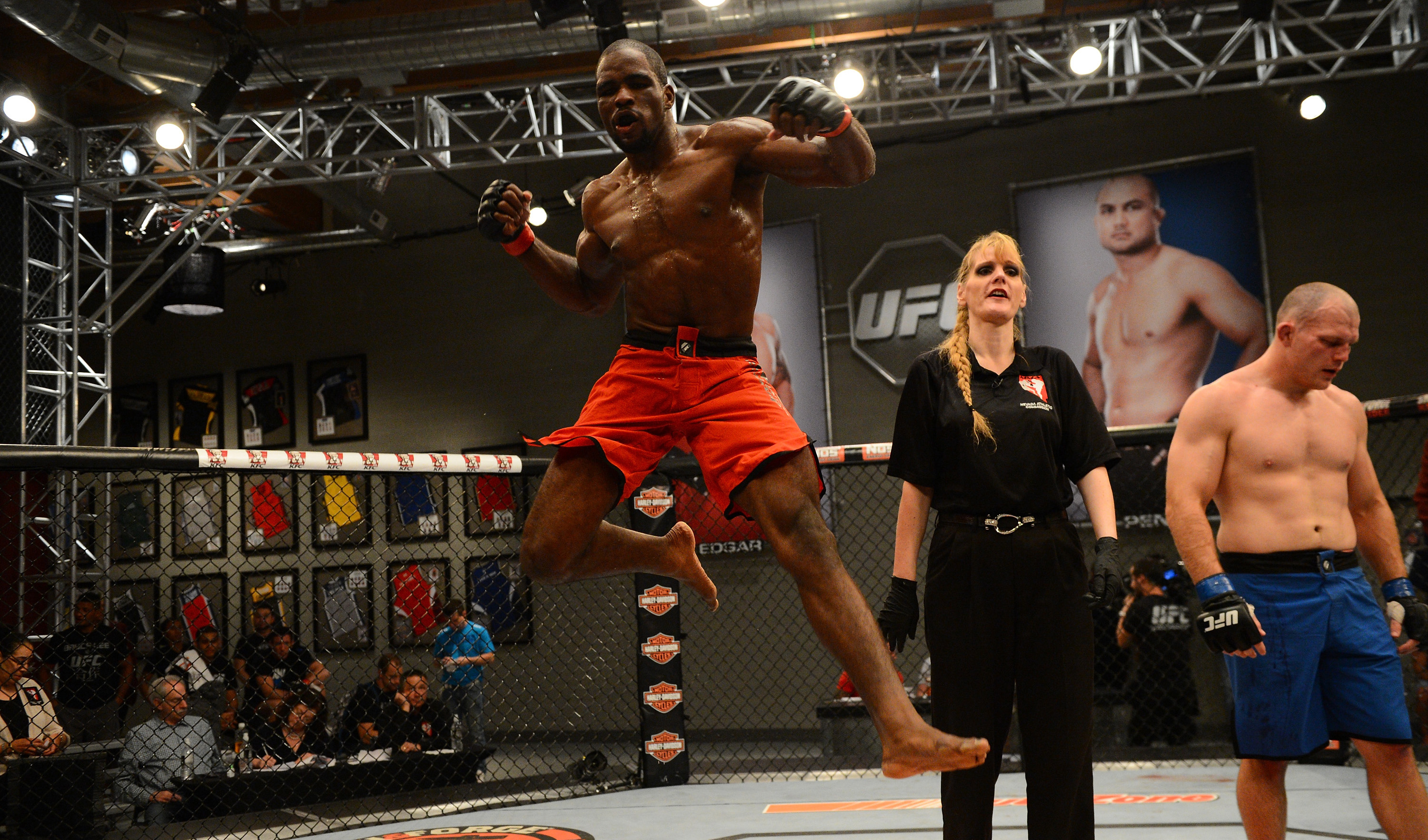 How did you get your start in MMA?

I wrestled my whole life. I started my senior year in college, Ben Askren actually coached me. He came up and helped me and when it was over, I was training for the freestyle Olympic team and he told me to meet him at an address. It happened to be Duke Roufus. I didn’t know any of the people that went there but I saw Anthony Pettis jumping off the cage making a video and his little brother doing spinning kicks, Erik Koch and his manager, and just, like, all these guys. I said, “What am I doing here? I’m here to wrestle, they in here bangin!” And Ben said, “Welcome to your new sport, I just wanted you to try it out today and see how you like it.” And I did it, and I liked it.

Tell us about your first fight...

Well, it was actually March 2nd of 2013. It was supposed to be a pro fight but the guy I was supposed to fight didn’t have any of his bloodwork in and they didn’t have a backup. And they were like “Ohh, there an amateur guy here and you haven’t fought amateur yet, so you can technically fight him.” So I go in against this guy and I’m nervous. My nerves are jittering, this guy was 270, 6-foot-7, and I was like “Aww man, this is a big dude.” But my coach told me to just do what I do, one, two, takedown .

So right after the whistle, I went in there bounced around about 15 seconds, and threw the one, two, he swings and I shoot a blast double, pick him up, and it just so happen Matt Hughes was there, so I did the famous Matt-Hughes-run-back-to-the-center-and-slam-him, and he was out. I sat up and started punching him some more, looking at the ref, and he stopped it. 29 seconds in, my first pro fight and it was over. From there they were like “You gon’ be good, you goin' pro in the next one!” And that’s been it.

How would you describe your fighting style?

I’m a mixed martial artist, man. I can do it all. Like I said, I started with Duke, so I learned the kicks and punches. I boxed a little bit through college. I boxed to get my footwork right for wrestling and everything clicked. So I box if I have to, but if I have to, I can depend on my wrestling, I was a national NCAA finalist wrestler, I can do a little jits here and there. I mean, I’ve got everything and I don’t like to tell myself I’m one fighter. If I go in with the mindset I’m a wrestler, I will go in there and stray from my hands and try to wrestle. If I go in there as a boxer, I’ll miss my takedowns. So I go in there, in my mind, as a mixed martial artist.

Coming from my family, it was tight but it was strict. My father and mother were both big Christian 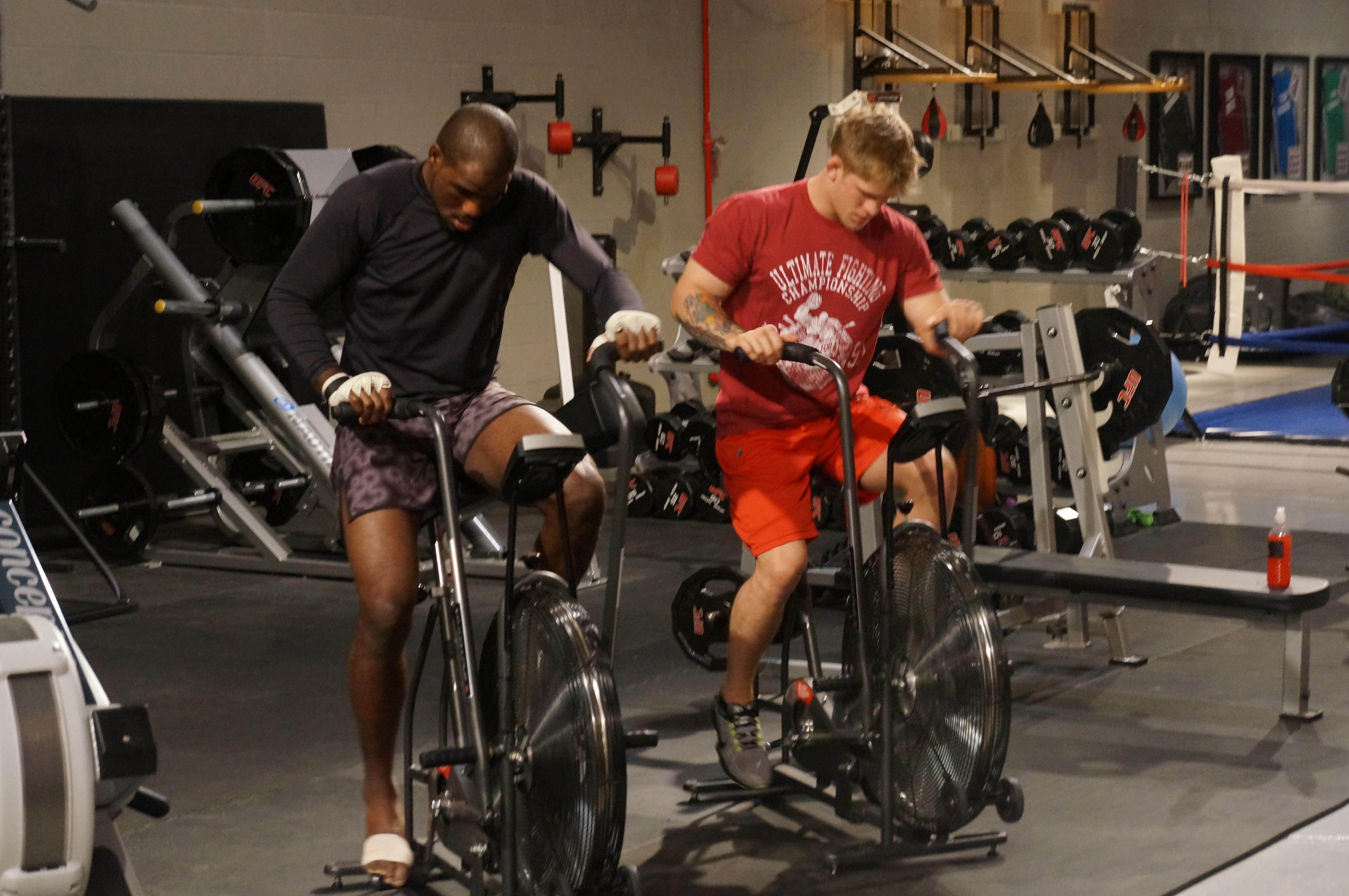 believers and we had to do everything right by the bible. My father was a hard worker. At 20 years old he had a family, a home, a wife and everything. So, my whole life it was always instilled in me that hard work is going to outwork anything. It’s not what you know but who you know and what you do.

He always taught me to do things 150 percent or don’t do them at all. Even with training, people say I’m a workaholic, but that’s the way my father made me. Yes, practice was two hours and we did our practice here, but when it was over, it’s time for Corey to get something extra. You have to give that 50 percent extra when everybody isn’t and that’s why I am where I am now. I mean, I just started fighting seven months ago and some of these guys started years ago.

On his older brother...

My older brother was born three months premature and his thing was “I’ll never stop, I’ll never quit with anything I’m doing.” And now you see him, and he’s 6’6, 300 pounds, a big dude. My whole life he was always at my wrestling matches, telling me, “Who is this guy? Your Corey Anderson, you gon’ whip this dude.” And its been that way in my head, I just think about stuff my father and my brother told me, and my mother always saying, “I want you doing the right thing, no matter what. Even if a bank is empty and you can steal all the money, don’t do it because its wrong.” Put all three things together, my mother, my father, and my brother, and everything for me is just so easy. I can train with a smile on my face and know its not a stress, I’m not doing a job, I’m having fun.

Rockford is a long way from Vegas, were you homesick?

Little things instilled in me by my family keep me going. I didn’t bring any pictures, any notes, or anything from the family. I brought one little pen from the wrestling nationals that says, “You came thing far because of your family, you can do the same thing here.”

Funniest in the house?

Probably Gutta, Matt Van Buren. And he didn’t even think he was funny, he was just being himself. Half the time hwas just saying dumb stuff just to speak his mind. Matt, for sure, I'm going to miss living everyday with him.

I think that was a blessing from god for me. Before coming to the show I was going through some things with my girl. We broke up after two years, she recently had a baby, and there were all these feelings and everything. Even coming into this, my mom said 'Son, you have a big opportunity in front of you and the lord isn’t going to give you anything you can’t handle. So anytime you give up something, he’s gonna replace it with something else.' And before I said goodbye to my parents my dad said, 'get in your bible, son. Make sure you have the lord in your life.' And I definitely started reading my bible more and Todd saw me reading it one day, and he said something like 'oh you know I’m a preacher, you into the bible?' And we started talking. That keep me reading my bible every day.

Sometimes I get off track and talk ways I shouldn’t, or do things I shouldn’t but for the most part, having Todd in the house as preacher definitely put me on track for where I needed to be and I feel I’m leaving here a better person than when I came. 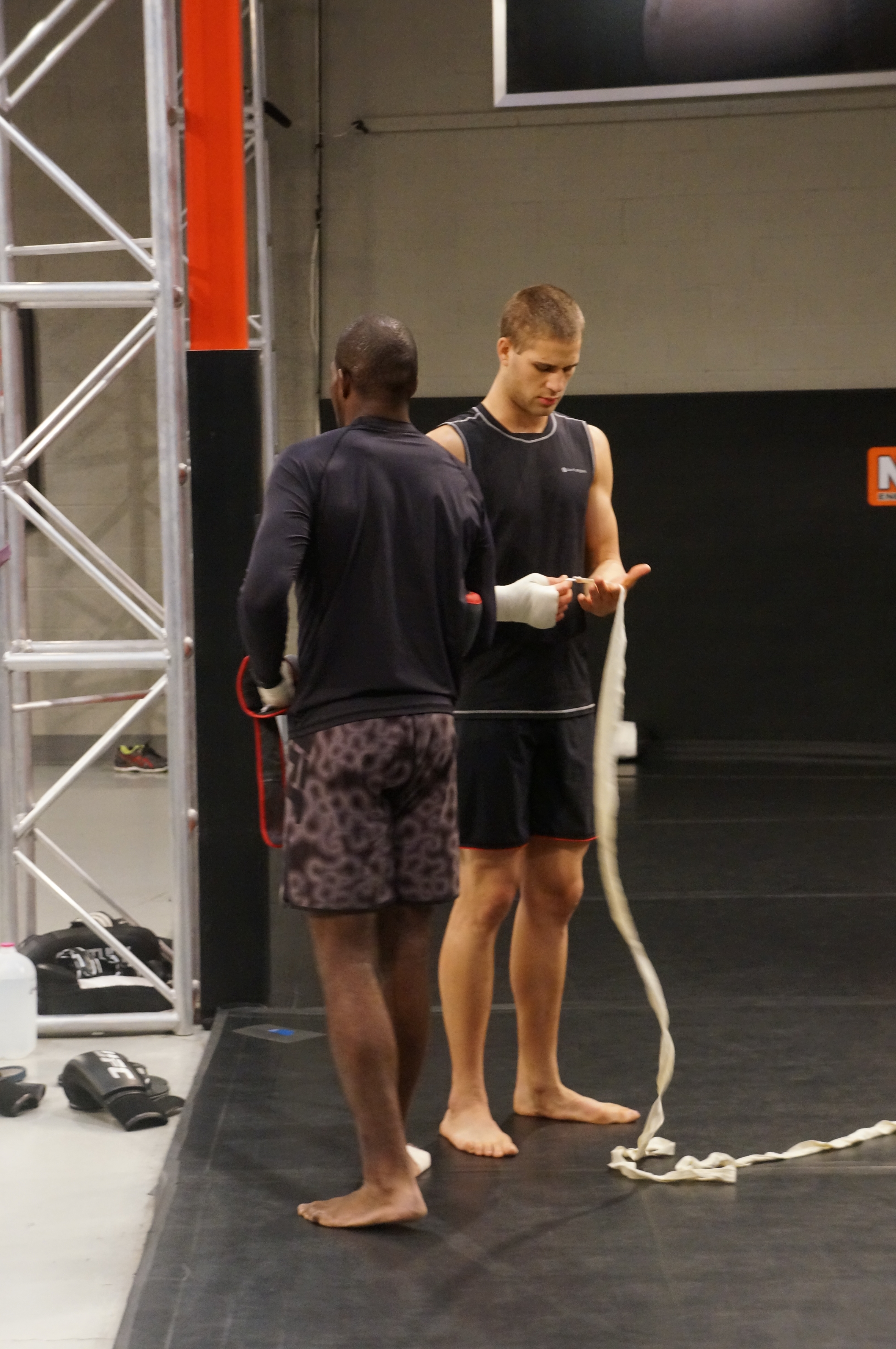 Who were you closest to in the house?

I would have to say Todd and Gutter (Matt Van Buren). Me and Matt when we train, it’s like the same mentality – just grind it out. And Todd and I just connected so well when it came to talking about the lord.

What are you going to miss the most about The Ultimate Fighter experience?

Not having to do nothing but train. I mean, you’re in the house for six weeks with no responsibilities but training. You don’t have to think about 'man, is my car gonna die on me today? Do I gotta go get gas? Do I need groceries? Do I have to be at work right now?' It’s nothing but training. Training two times a day, fight when they call your name, and make Dana happy.