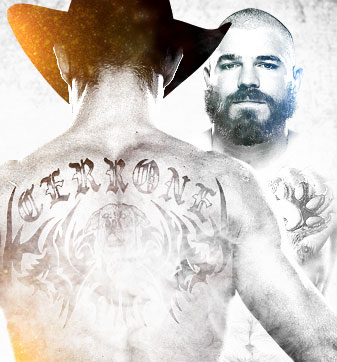 The UFC returns to Atlantic City for a mid-week show that might be one of the most stacked UFC Fight Night cards in recent history, with two top 10 lightweights decorating the top of this spectacular show.

Donald “Cowboy” Cerrone - the man who earned the most post-fight bonuses in UFC/WEC history - will take on Jim Miller in the five-round main event, as both competitors look to climb the ladder in an extremely deep lightweight division.  In addition to those two 155-pounders getting after it, knockout machine Edson Barboza returns to action against Evan Dunham in a fight that promises fireworks in the co-main event of the evening.

From top to bottom this is an unforgettable card airing on FOX Sports 1 this Wednesday, but with so many great matchups also comes the difficulty in predicting who comes out on top for the UFC Pick Em Fantasy game and that's where our preview comes in to help make your selections for fight night.

The main event at UFC Fight Night in Atlantic City features two of the very best the lightweight division has to offer.  Cerrone has won more post-fight bonuses than any fighter in UFC/WEC history while finishing 11 competitors along the way.  Miller isn't far behind, as he currently holds the most wins in lightweight history with 13, while attempting the most submission attempts to rack up a great win percentage and a consistent place among the top 10 fighters in the division.

This fight is impossibly hard to predict based on a few 'X' factors that separate the two men in this headline bout.

First up is Cerrone's incredible takedown defense, which currently stands at 87.5 percent - the second best in lightweight history.  He's successfully defended 21 out of 24 takedowns attempted against him, so Cerrone is going to be impossibly hard to get to the ground, which is the exact place Miller wants to put him.  Miller's submission attempts don't come out of necessity, they come from tactical planning by putting an opponent on the mat and working for a way to finish the fight.  Miller is one of the most dangerous ground fighters in the UFC, and as a Brazilian Jiu-Jitsu black belt he's willing to work from the top or bottom to put his opponents away.

Another key to this fight is Cerrone's constant activity and whether or not that's a good thing going into this bout with Miller.  Cerrone states constantly that he wants to fight five or six times per calendar year, but the last time his schedule got this hectic it led to some of his worst losses since coming to the UFC.  Luckily this bout comes a solid three months after his last fight, which means Cerrone was able to take some time off before putting his body through another training camp.

If Cerrone is healthy and can stuff Miller's takedowns, he's going to make it awfully hard for the New Jersey native to win this fight.  Cerrone has a vicious combination of power punches and deceptive kicks that cause maximum damage.  He's unrelenting, especially in the first couple of rounds, and that's key for Miller's survival as well.  If Cerrone can't put Miller away by the end of round two, things start to get more interesting in a five round fight.  Still, the smart play is to believe Cerrone can get the job done by pressuring and mounting an effective striking attack to hurt and finish Miller inside the first three rounds.

Edson Barboza might just be the most dangerous lightweight in the world when it comes to his prolific kicking game, but as he faces Evan Dunham in this upcoming co-main event, he has to keep his hands up or this could be a disappointing night for him.

Barboza comes from a Muay Thai background, which focuses primarily on the kicking game as well as knees and elbows.  Punches and boxing aren't always the main aspect Muay Thai fighters spend hours upon hours training, so defensively that can cause a liability, as witnessed in Barboza's last fight with Cerrone, where a stiff jab ended up becoming his undoing.

Meanwhile, Dunham is struggling to find his identity in the Octagon after losing three out of his last four bouts, although he's made it competitive in all of them. Staring down the barrel of three losses in a row is a place no fighter wants to be, however, and Dunham needs to find a way to get inside on Barboza and avoid his kicks or this could be a short, painful night for the Oregon native.

Dunham averages 1.7 takedowns per 15 minutes, but only lands with 34 percent accuracy, which doesn't bode well against Barboza, who has excellent defense, blocking 83.33 percent of his opponent's attempts.  Barboza and Dunham are close together in strikes landed and accuracy, but those numbers don't even begin to tell the real story in how these two fighters are in different leagues when it comes to stand-up fighting.

Barboza is a fierce, nasty striker with the kind of arsenal that should scare any lightweight standing across the cage from him.  His leg kicks are blistering, and it only takes one or two before an opponent will see a purple welt start to form, and limping doesn’t follow far behind.  Barboza has twice finished opponents with leg kicks, and if he can establish that weapon against Dunham, this is going to be a good night for the Brazilian.

Look for Barboza to establish his kicks early and if Dunham can't get him to the ground, it's only a matter of time before he unleashes hell on the American and lands a knockout strike to win the fight and possibly pick up a Performance of the Night bonus to boot.

Rick Story will look to get back on track when he returns on Wednesday to face former Ultimate Fighter Brazil hopeful Leonardo Mafra, who is making his second appearance inside the Octagon.

Story has long been considered a benchmark in the welterweight division and a stopping block to get into the top 10.  Story is one of only two fighters to hold a win over welterweight champion Johny Hendricks in the UFC, and he's one of the toughest outs in the entire division.  While his record has bounced back and forth between wins and losses over his last six fights, don't take for granted that Story is a busy striker (3.46 per minute landed) and a tough as nails wrestler (2.87 takedowns per fight) as well.

Mafra fought back at UFC 147, losing by third round TKO to Thiago Perpetuo, and that's after he was eliminated on the reality show competition by eventual show winner Cezar “Mutante” Ferreira.  Since that time, Mafra has picked up five wins in a row - all by knockout, but he has his work cut out for him in this fight.

Story is tenacious with his attacks, whether it's standing or on the ground, and the fact is he's faced a higher level of opponent throughout his career so he knows what it's like to be pushed by the absolute best of the best in the welterweight division. Mafra hasn't even sniffed the kind of competition that Story has routinely faced, even if some of those have resulted in defeats.

Story should be able to push the pace on Mafra while still being careful of his striking game, and ultimately wear the Brazilian down to either win a lopsided decision or finish the fight late with a TKO by strikes.  Either way, Story gets the job done in this one.

One of the most enjoyable fights on the UFC Fight Night main card is a featherweight battle between Brazilian Lucas Martins and late notice replacement Alex White, who steps in to save the UFC for the second time in his short career with the promotion.

White is a finisher who doesn't understand the meaning of the word 'decision'. Through 10 professional fights, White has gone to the judges only once and otherwise has put away his other nine opponents, including Estevan Payan in his UFC debut, where he bludgeoned his way to a first-round knockout and a $50,000 bonus.  White is a massive featherweight who packs a serious punch, but also possesses a deceptively slick ground game.

Martins has gotten much better since his UFC debut, where he found out the hard way that facing Edson Barboza in the Octagon can be bad for your health, especially when your future sits at 145 pounds.  Martins has won his last two fights - one by knockout and one by submission, so he promises to bring it in this matchup to kick off the main card on Wednesday night.

The advantage goes to White, however, based on his overall MMA game, especially in the stand-up, where he's got a nasty combination of punches and kicks to put it on an opponent in the early going.  Martins is no slouch, but he can be a bit of a slow starter and that could play right into White's hand, considering his aggressiveness as soon as the referee says go.  Expect White to come out firing and not stop until Martins is on the ground and the fight is over sometime inside the first two rounds.  White is going to be a prospect to watch in 2014 and this is a big showcase for him against Martins.