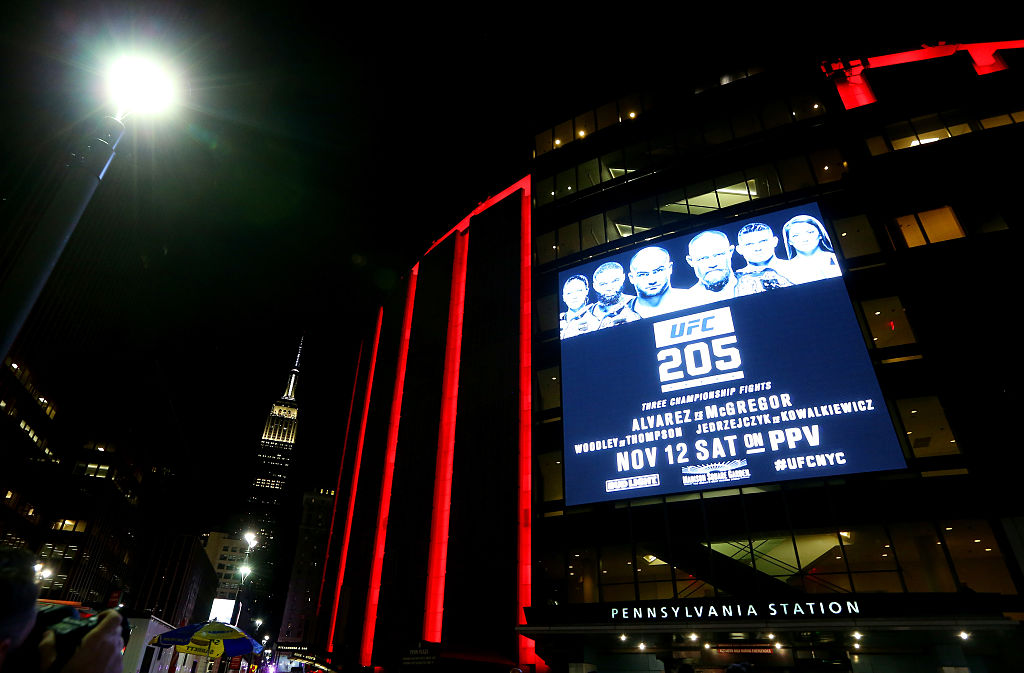 As a born and bred New Yorker, I was proud to call this city home on Saturday night. Throughout 11 UFC 205 bouts, I didn’t hear one call for an elbow, no screams to “Put him in a body bag,” or bellows of “Arianna” directed toward Octagon Girl ARIANNY Celeste.

Instead, the crowd roared, chanted, booed, cheered and gave the UFC the welcome it deserved. After 20 years in this business, it was as glorious a night as I hoped it would be, and as anyone in the fight game knows, hopes don’t usually become reality.

But in this reality, the credit goes to the 22 athletes who made the walk to the Octagon and fought. They didn’t try to play the point game or get the safe win. In a place where legends of boxing made their name, mixed martial artists were determined to do the same.

Not everyone succeeds in situations like this, but the attempt is what matters.

It’s why a loss by Conor McGregor to Eddie Alvarez wouldn’t have affected what he has done in the last 12 months. He dared to be great across three weight classes, and that’s an admirable trait no one can take away from him.

But McGregor didn’t lose. In eight minutes and four seconds, the Irishman made history once again, knocking Alvarez out to become the first fighter to hold two UFC championships simultaneously.

To put this in perspective, not only has no one done this in the 23 years before McGregor did it, but only one fighter – BJ Penn – even tried it. And Penn’s loss to Georges St-Pierre in their 2009 rematch was a one-sided one. McGregor’s attempt to add the lightweight title to his featherweight crown in his trophy case was equally one-sided, but in his favor.

Calling it a master class would be understating things. Simply put, no one does that to Eddie Alvarez, one of the best lightweights of this era. McGregor did. Just like he did against Jose Aldo last December.

Last December? Does it even feel real that in the last 11 months, McGregor has knocked out Aldo and Alvarez and split two Fight of the Year candidates with Nate Diaz.

Now there have been some great years in MMA. Jon Jones defeated Ryan Bader, Shogun Rua, Rampage Jackson and Lyoto Machida in succession in 2011. Shogun’s 2005 campaign saw him turn back Hiromitsu Kanehara, Rampage, Rogerio Nogueira, Alistair Overeem and Ricardo Arona. And Michael Bisping has had an impressive 2016 thanks to wins over Anderson Silva, Luke Rockhold and Dan Henderson.

But McGregor in 2015-16? That may be the best 12 months ever, and it all has to do with the stage those fights took place on. 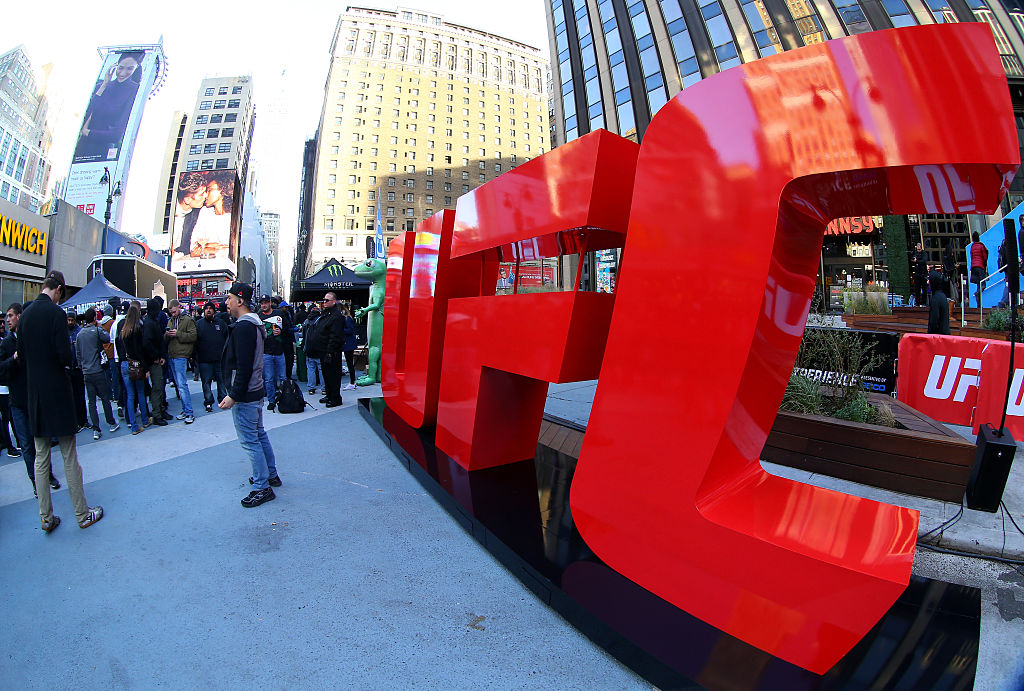 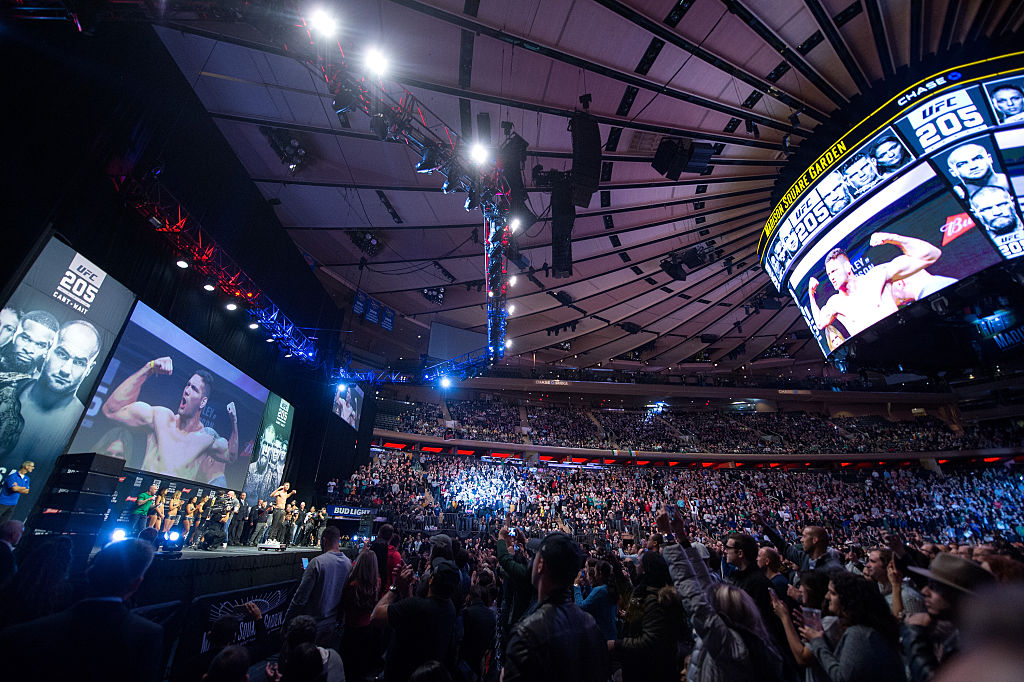 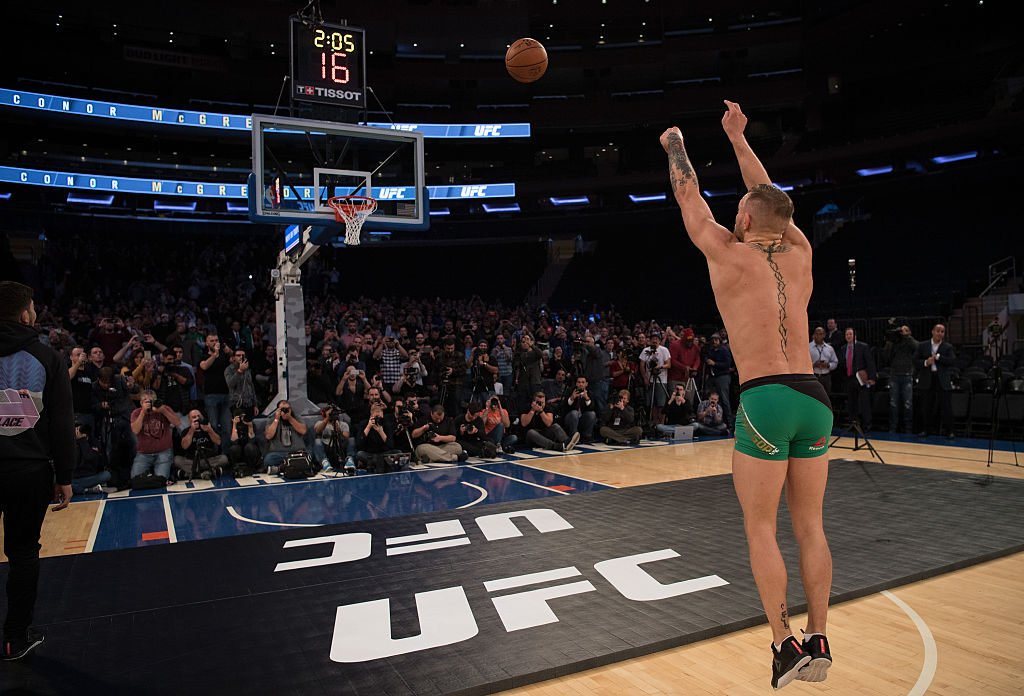 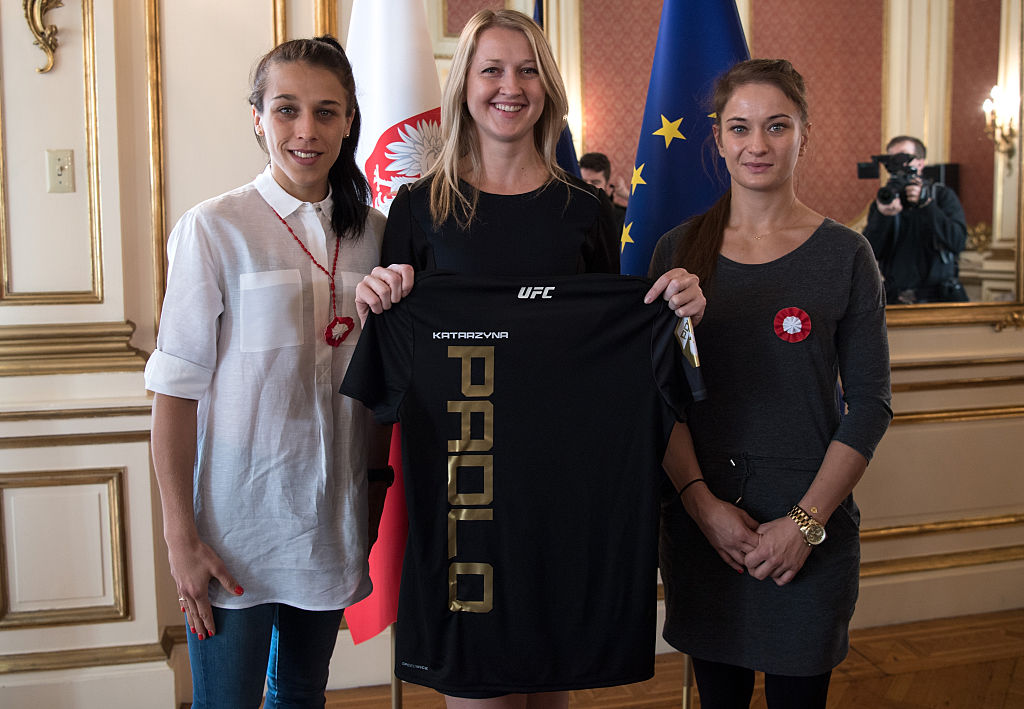 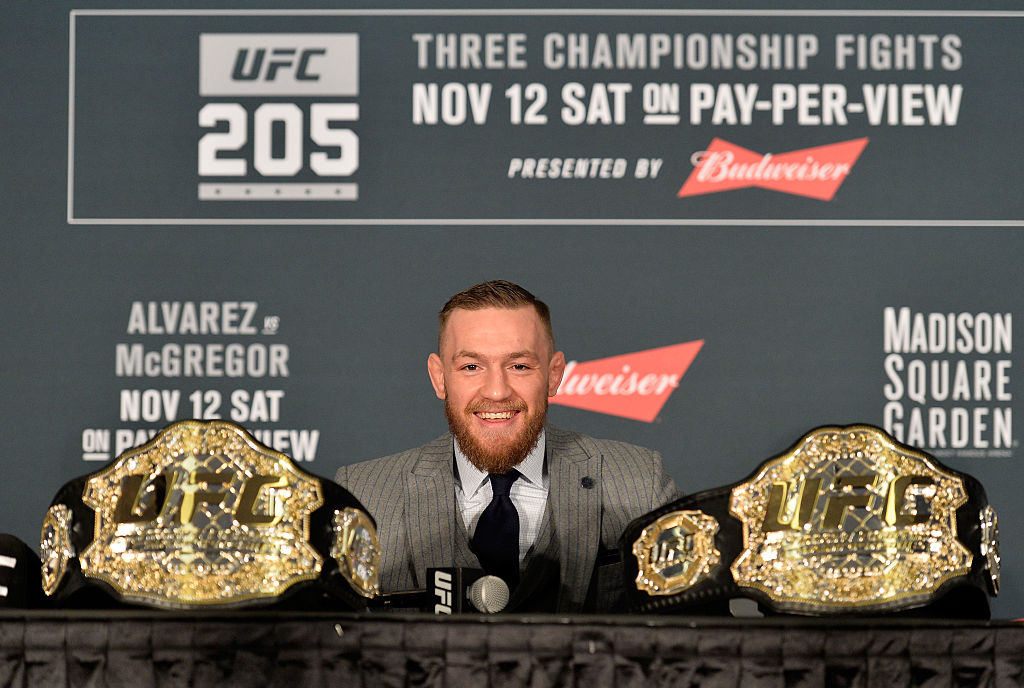 The entire sports world has been watching McGregor since last December, and it’s only gotten progressively bigger, with UFC 205 being the biggest stage of all.

That’s pressure few could understand, and it raises the degree of difficulty to rarely seen levels. To perform under those circumstances marks someone as a special, once in a generation kind of fighter.

Before the fight, Alvarez said McGregor’s “Illusion of greatness will soon be over.”

It’s no illusion anymore. And there’s really no argument to the contrary.

On a night when Tyron Woodley and Stephen Thompson put on an instant classic, Joanna Jedrzejczyk and Karolina Kowalkiewicz proudly represented Poland, Yoel Romero stopped Chris Weidman and Miesha Tate retired, everyone was talking about McGregor, his history-making performance, his laser-like left hand and what’s next.