Welcome to "The Download" with Dana White. Each week come to UFC.com for an exclusive interview with the UFC boss about whatever is happening in the world of the UFC that week. 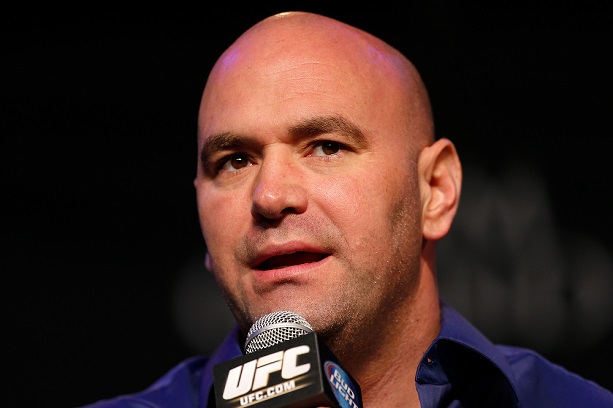 Minutes after UFC president Dana White tweeted the excited news Tuesday afternoon that Robbie Lawler and Matt Brown agreed to a must see main event in San Jose in July, a concerned Tyron Woodley sent a text to the boss wondering where he stood in a crowded and talented welterweight division.

That's because White confirmed that the winner of Lawler and Brown would get the next shot at the division's champion, Johny Hendricks, when he is ready to go after recovering from a torn bicep injury in his win over Lawler at UFC 171.

White had this explanation as to why it would be Brown or Lawler next in line.

"We got Robbie Lawler who just came off a controversial loss to the champion, and number one (Lawler) is facing number five (Brown)," White said. "Robbie just beat the number five and number six guys in his wins, right? And he was in a controversial fight with the champ, so he deserves this fight. If Matt Brown beats Robbie Lawler then he just beat the number one contender and he gets the fight."

Woodley is set to face No. 2 welterweight Rory McDonald at UFC 174, and White said the winner of that may be next in line for the shot after the Brown/Lawler winner gets his shot. But he also said that Hector Lombard, who faces Dong Hyun Kim at Fight Night Macao on Aug. 23, could get the winner of Woodley/McDonald to see who gets winner of Hendricks/Brown-Lawler.

If you were able to wrap your mind around all that, it's hard to argue that the welterweight division isn't one of the most exciting and deep divisions in the UFC right now.

As far as Lawler vs. Brown on July 26 in San Jose, White can hardly wait for that one.

"Two guys - two nasty, mean, vicious, nasty guys who love to bang - in their prime, number one and number five, banging it out for the chance to fight for the title. I love it," White said. "It's the best fight we could have made, and thank God Lawler is such a stud he'll turn around so fast and take this fight. 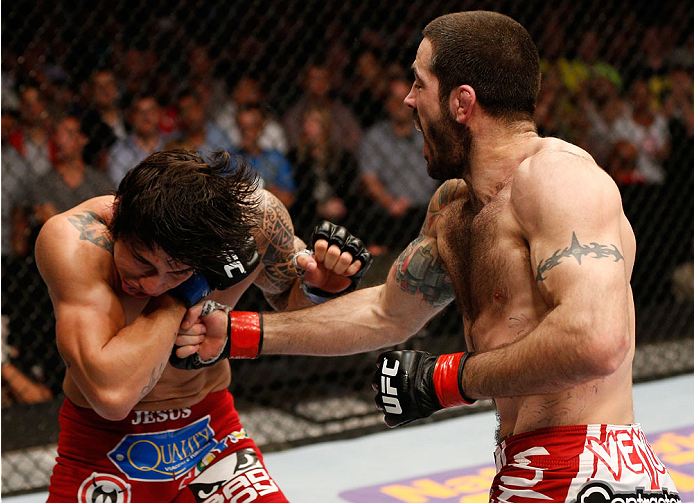 Brown was on the MMA hour on Tuesday and said he is happy about the fight and excited about the opportunity.

"I'm always happy. Of course a title fight would have been preferred, but this is a huge, huge fight," Brown told host Ariel Helwani. "Lawler, there is no question the guy has knockout power. He's looked amazing in his recent UFC run. It's funny, you go back and look back at his record, and it's sort of like mine before the UFC. He's got 10 losses, I think I have 11. There was a lot of speckles of wins and losses, and of late we've both been on a pretty good run. Of course he lost for the title, but that was a close enough fight and it could have went either way."

White was still glowing about TJ Dillashaw and his historic upset performance against Renan Barao on Saturday night. He said his place in the pound for pound rankings is warranted after that fight, but to remember that it's only one fight.

Barao's fall five spots on that same list, however, had White a bit perplexed.

"I think Barao dropped very far in the rankings for just one fight. But he took such a beating for five rounds, we have to see what that kid is made of now," he said. "He's going to have to come back from a loss like that. His only loss his entire career was a decision loss in his first fight. That's never happened to him before. He showed great heart and a great chin, but we'll see what he's made of when he gets back."

> UFC RANKINGS: Check out all the latest movement after UFC 173

This weekend the UFC puts on two shows complete with tons of action with a total of 22 fights when Fight Night Berlin goes down only on UFC Fight Pass and The Ultimate Fighter Brazil Finale airs on Fox Sports 1.

White is excited for both events, but he is especially pumped to watch Gegard Mousasi go up against Mark Munoz in the main event in Berlin.

"I really like Mousasi. I'm a big Mousasi fan," White said. "It tripped me out actually, when you talk about rankings. How about Gegard Mousasi - loses to Lyoto Machida, who was ranked number two at the time, and he drops all the way to number 10 after losing to a guy who is fighting next for the title. The rankings are very weird sometimes, but I'm a big Mousasi fan and I'm excited to watch him fight."