From the moment the UFC was founded in 1993 to 2012, women didn’t have the chance to compete inside the Octagon.

Take a look at the history of the first women's division in UFC history. 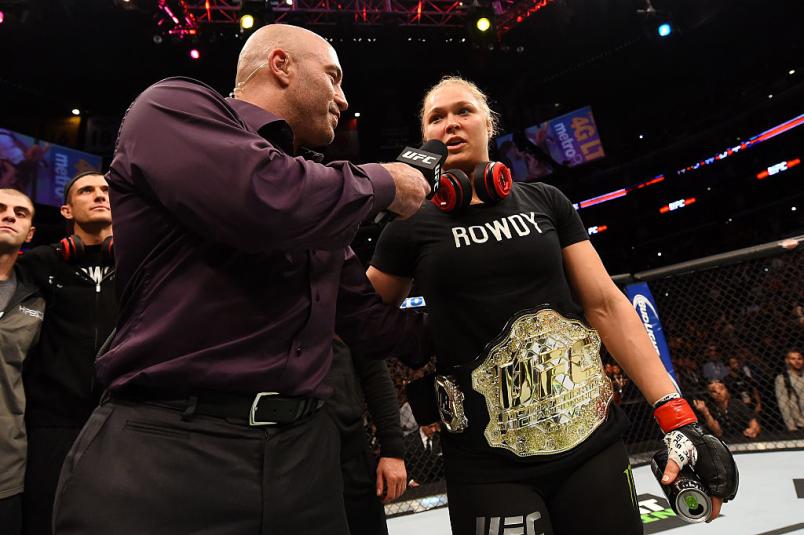 After being announced as the UFC women’s bantamweight champion, Rousey’s first defense would be against Liz Carmouche in the main event of UFC 157. Rousey and Carmouche would make history that night by becoming the first women to ever compete in the UFC. In the first round, Rousey would hit her signature armbar, forcing Carmouche to tap out.

Rousey would dominate as the champion for 1,074 days, successfully defending her title six times. Defeating each of her opponents by either submission or TKO, Rousey's title defense record of six has yet to be beaten. In 2018, Rousey also became the first woman inducted into the UFC Hall of Fame. 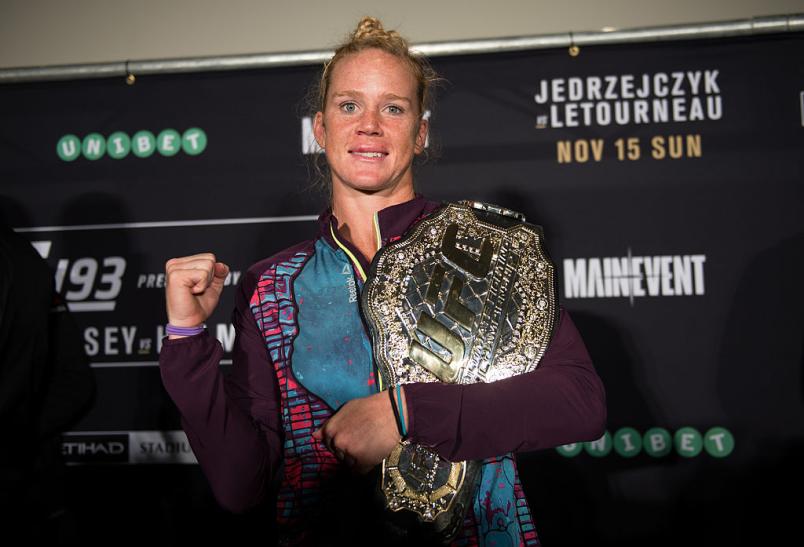 At UFC 193 in Melbourne, Australia, Holy Holm would be the seventh woman to challenge the undefeated Rousey. By the end of the first round, Holm had the champion badly hurt. In the second round, Holm would rock Rousey with strikes, and deliver a highlight reel head kick knockout to hand Rousey her first loss. Holm would become the second UFC women’s bantamweight champion and would remain on top as champion for 111 days. 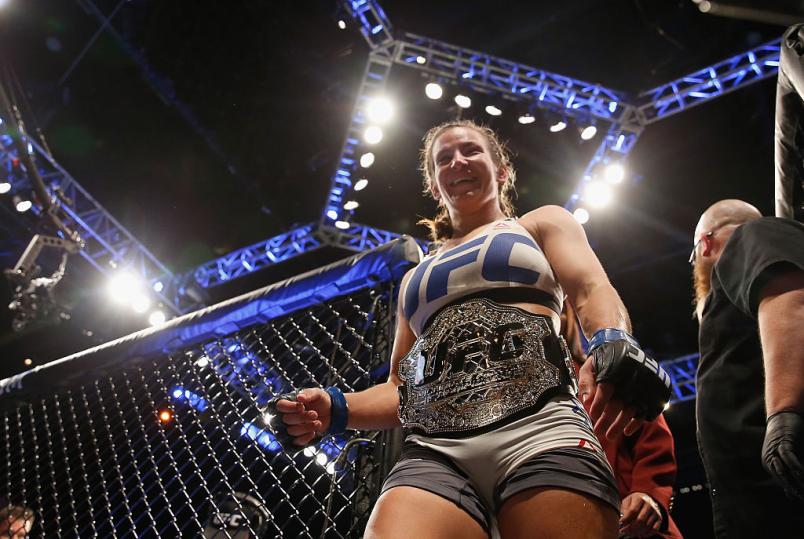 In Holm’s first title defense, she took on women’s MMA pioneer and veteran Miesha Tate in the co-main event of UFC 196. The bout was close, but Tate knew that the champion may have been ahead on the judges’ scorecards. In the fifth and final round, Tate went out and gave her all against Holm and was able to get her to the ground and take the champion’s back. Securing her hooks in, Tate threatened the champion with a rear naked choke. Holm, aware to the danger she was in, rolled forward with hopes of shaking Tate off, but she would ultimately be submitted by the challenger.

Miesha Tate won the UFC women’s bantamweight title and would reign as champion for 126 days.

In the main event of UFC 200, Miesha Tate would defend her title against rising prospect Amanda Nunes, who was unbeaten in her previous three fights inside the Octagon.

In the first round, Nunes would get the champion in a rear-naked-choke and force Tate to tap. With the win, Nunes began her legacy as one of the greatest to ever compete inside the Octagon, defending her title five times over the course of five years. 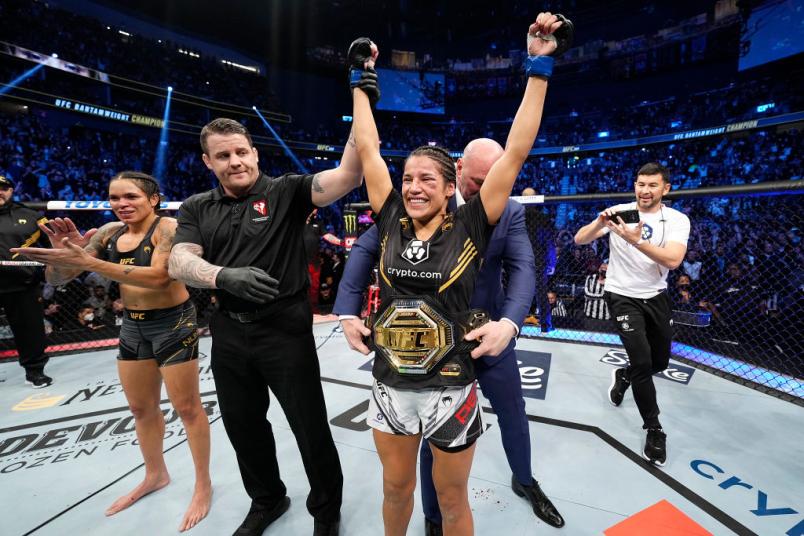 Julianna Pena reacts after defeating Amanda Nunes of Brazil by submission in their UFC bantamweight championship bout during the UFC 269 on December 11, 2021 in Las Vegas, Nevada. (Photo by Jeff Bottari/Zuffa LLC)

In the co-main event of UFC 269, Julianna Peña would be next woman to challenge Nunes for her title. The first woman to win The Ultimate Fighter was more than confident in her abilities to dethrone “The Lioness,” and entering the Octagon with the same level of confidence she had competing on TUF 18, Peña delivered on her claims, submitting Nunes in the second round by rear naked choke.

On February 4, 2022, the rematch between Peña and Nunes was made official, with the pair also announced as the coaches for the 30th season of The Ultimate Fighter.