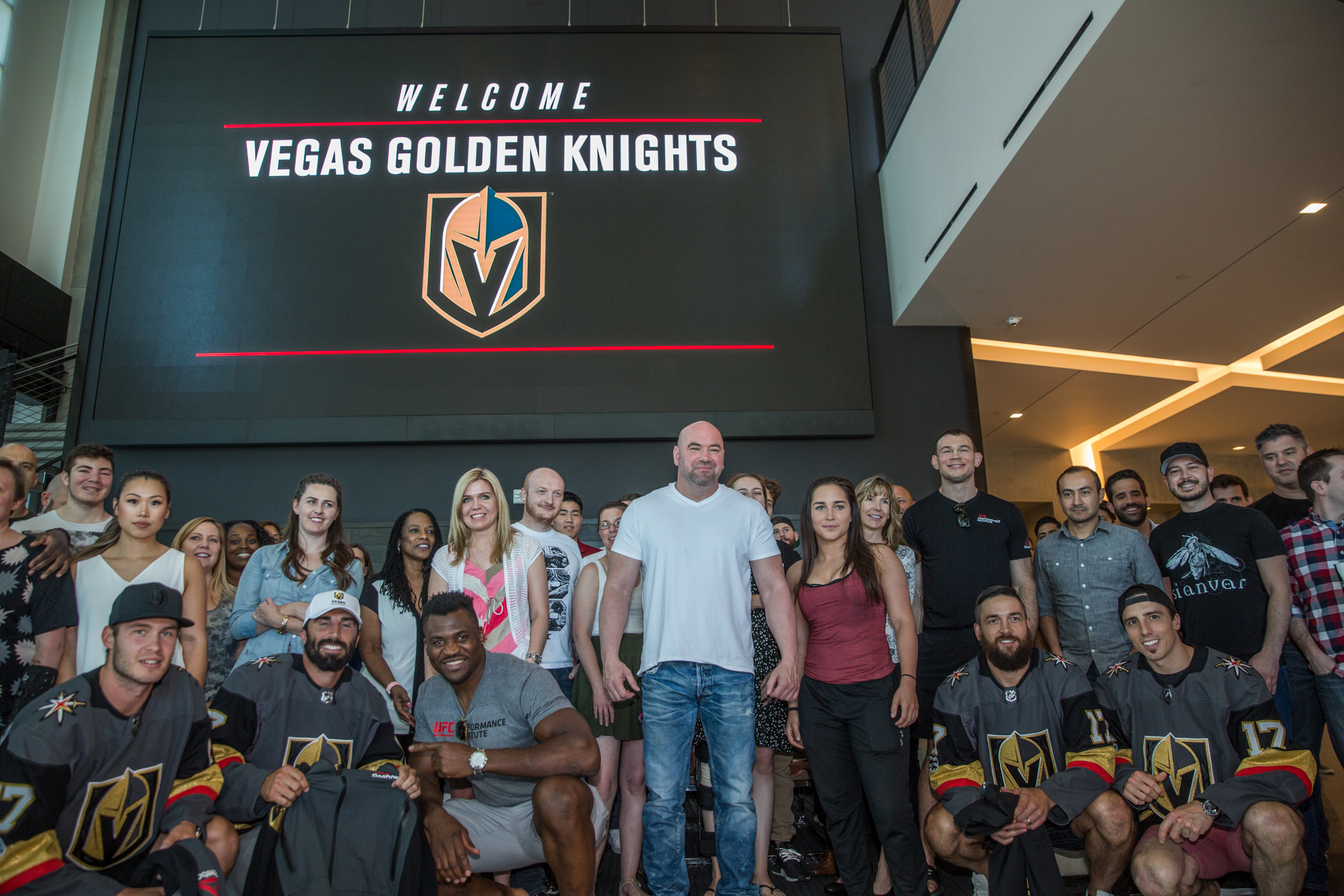 The Vegas Golden Knights are officially ready to drop the gloves after members of the newly formed NHL hockey team visited UFC headquarters Thursday afternoon in the fight capital of the world.

“We’ve been waiting for a pro sports team, other than us, to come to Las Vegas for a long time,” UFC president Dana White said. “Now, to have our first professional hockey team, it’s a big day for the city, as we continue to grow and bring more businesses.

“You’re a real city when you have professional sports teams, so this is a big day for us.”

Fleury is arguably the new face of the Golden Knights franchise, bringing 12 years of experience in the NHL with him to Las Vegas. The goaltender was the first overall draft pick by the Pittsburgh Penguins in 2003 and has been a member of three Stanley Cup winning teams in Pittsburgh.

“Things have been good, we’ve been pretty busy going around town,” Fleury said. “We’re very happy we stopped here as I’ve always been a big fan of UFC.”

The Golden Knights begin their inaugural season in the NHL on Oct. 6 against the Dallas Stars and open at T-Mobile Arena on Oct. 10 vs. the Arizona Coyotes.