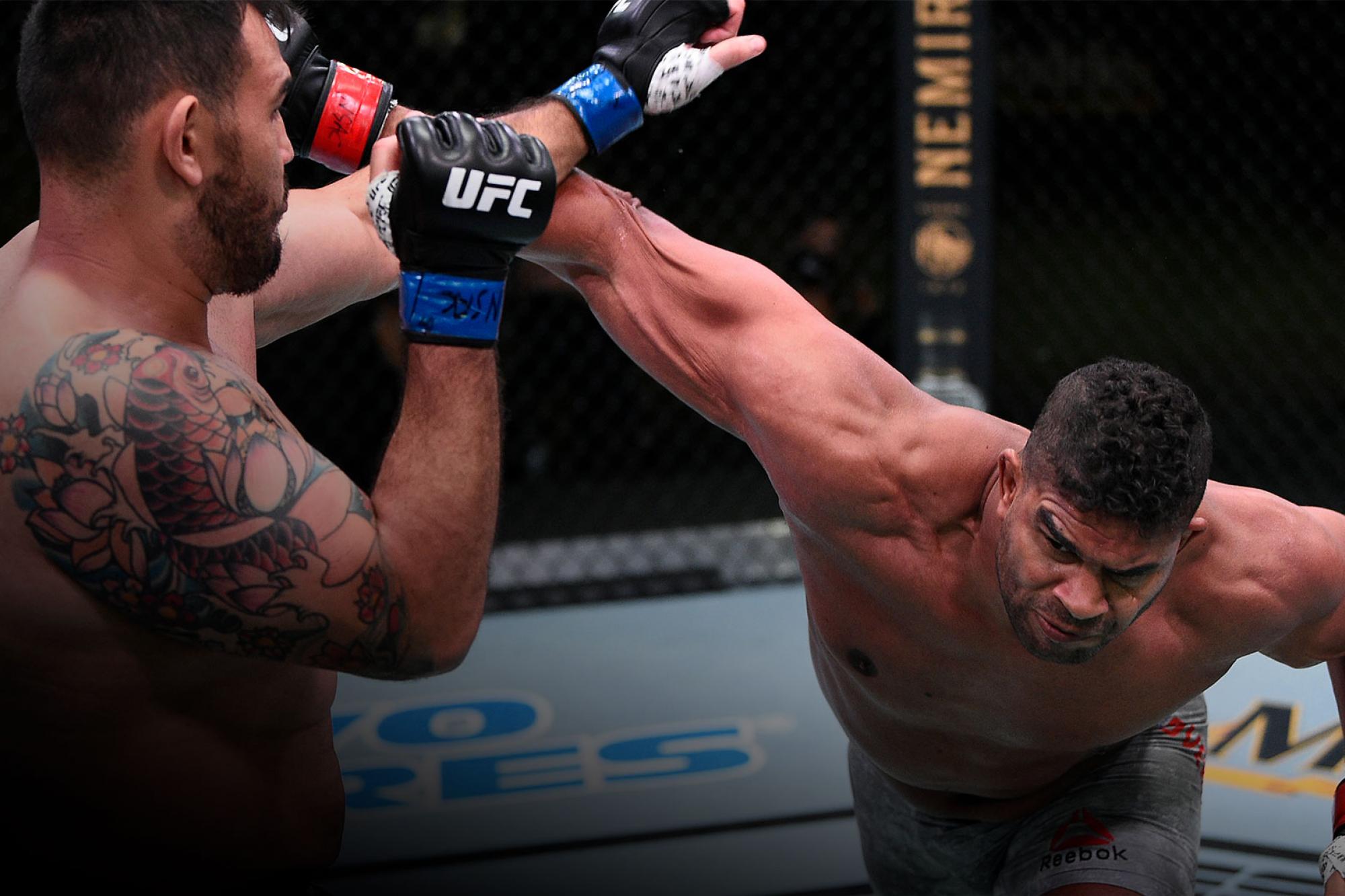 Saturday’s UFC Vegas 9 event is in the books, and now that the dust has settled in “The Fight Capital of the World,” it’s time to go to the scorecard to see who the big winners were at the Apex.

As the old saying goes, in life, we are often “too soon old and too late smart.” That hasn’t been the case for Alistair Overeem. At 40 years old, Overeem has become a wise veteran, using his wits and Fight IQ as much as his punches, kicks and takedowns to win fights. Saturday night was another example as he weathered the storms produced by 29-year-old Augusto Sakai, found his path to victory, and used it. Sounds simple, but it’s not, and while it was easy to get captivated by “The Demolition Man” using brute force to dominate foes, I kinda like this current version of Overeem better because he’s showing a complete MMA game to make up for Father Time closing in. And I don’t want to get sentimental, but it would be nice to see him get another crack at the UFC crown before it’s all said and done.

Speaking of wily veterans showing that experience still means something in all sports, Ovince Saint Preux fought the perfect fight against young gun Alonzo Menifield, then sent him crashing to defeat with an emphatic knockout. Guys like OSP don’t come around too often, and yes, he’s had his hurdles to overcome, but he’s still here and still a fighter with the talent, power and guile to beat anyone on any given night.

How can anyone not love watching Michel Pereira fight? Sure, some may think his unorthodox style and antics take away from the purity of the martial arts, but in addition to this being a sport, it’s also entertainment, and Pereira brings it every time. What was different in his win over Zelim Imadaev, though, was a tiny dose of discipline, and while it didn’t take away from what he usually does, it did mark him as a serious fighter to watch at 170 pounds, and not just because he puts on a show, but because he has the potential to be a player in one of the sport’s toughest divisions.

I’m not gonna say Viviane Araujo is ready for flyweight champion Valentina Shevchenko right now, but I will say that after a brilliant effort against Montana De La Rosa, “Vivi” has the potential to make a run at the champ after a little more seasoning. There’s just a cool and a confidence in her style, and it’s not only fun to watch, but it’s going to be a tough puzzle for the rest of the standouts at 125 pounds to solve.

It’s hard to think of a crazier week experienced by a fighter than the one Brian Kelleher went through, and then to put that all aside and submit what was ultimately his third opponent in less than a minute? Kelleher will be telling his grandkids that one, and they probably won’t believe him because it was so bizarre. But going back to our theme this week, that’s what a veteran can do in this sport – seize the moment and call on all that experience to make a situation that could break others into a winning one. “BOOM” indeed.