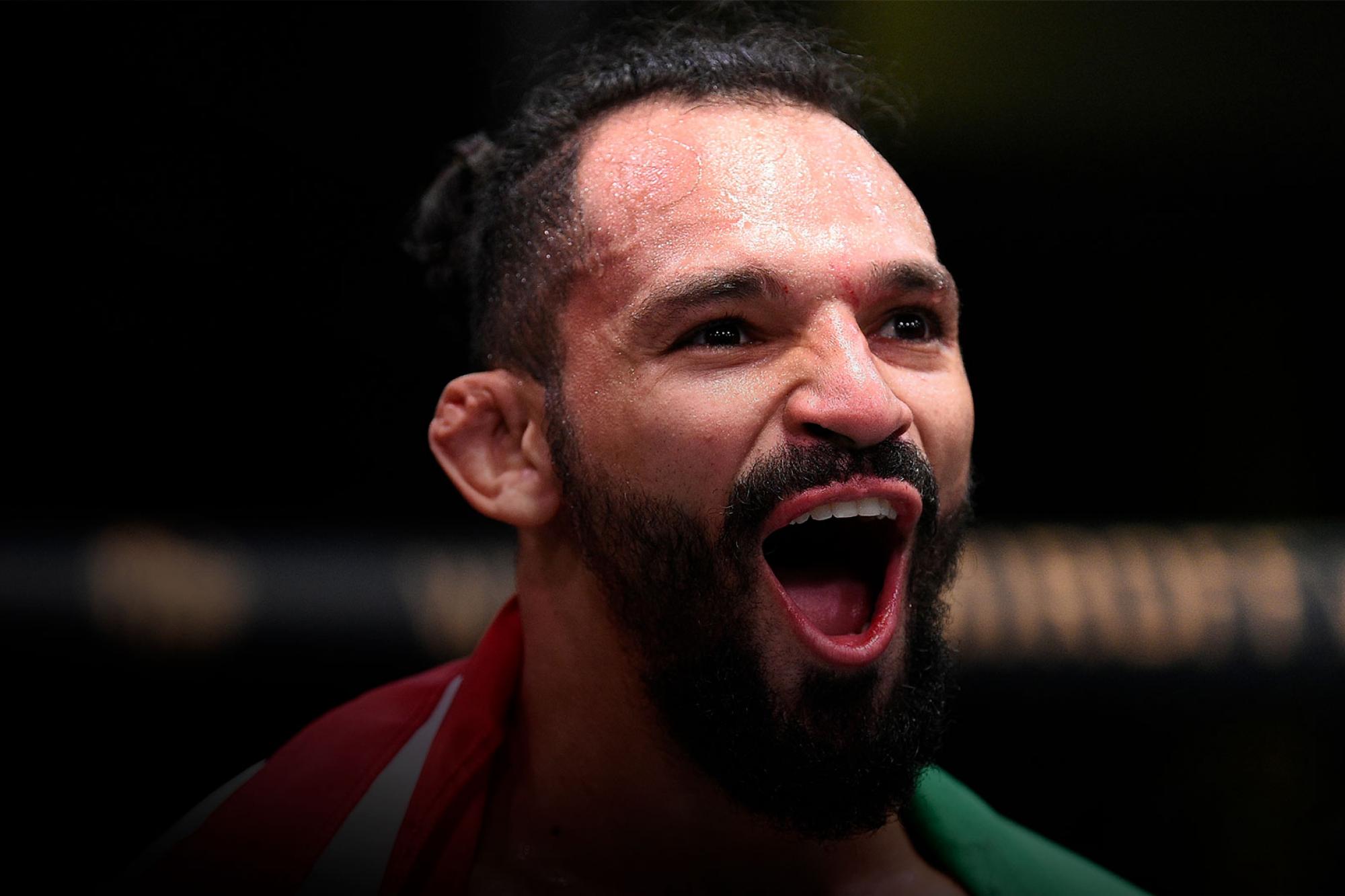 Brian Kelleher talks about his first-round finish at UFC Vegas 9.

What a wild week for Brian Kelleher. His first two opponents fell off the card and then he accepted a bout against Ray Rodriguez on 24 hours’ notice. This week, Kelleher spoke about wanting to be a guy known for fighting anyone at any time, and he definitely sent that message to the UFC and to fans this week.

“Boom” followed up his willingness to fight on the fly with an incredible 39-second submission victory. Rodriguez shot in for a takedown and Kelleher wasted no time locking in an ultra-tight guillotine forcing the UFC newcomer to tap. The speedy submission ties Danny Henry and Thiago Tavares for the fourth fastest sub in UFC featherweight history. He also becomes only the third fighter to earn three wins so far in 2020.

Kelleher’s victory, even though it was at featherweight, should put him in the spot to get a ranked bout at bantamweight.

“I’m trying to make my way up the rankings,” Kelleher told UFC.com. “If Pedro Munhoz wants to do a guillotine battle, I think that would be fun.”

It’s been a strange few weeks for Ovince Saint Preux, who tested positive for COVID-19 two weeks ago, forcing his bout with Alonzo Menifield to be pushed back. It turned out that it was worth the wait for “OSP” in a big way.

Outpacing and outworking Menifield was OSP’s goal heading into the fight and he stuck to that game plan at the UFC APEX until he was able to find the finish. In the final minute of the second round, the former light heavyweight title challenger dodged a lunging shot from Menifield and countered with a beautiful check-hook on the button. The strike sent Menifield collapsing to the ground and earned OSP a clean knockout victory in the event’s co-main slot.

OSP’s win shows that he isn’t going anywhere and that he has what it takes to still compete in the wide-open light heavyweight division. It will be interesting to see what comes his way next, but it surely will be an entertaining match regardless of who stands in his way.

Brazil’s Andre Muniz showed off why he’s a middleweight prospect to keep an eye on by earning his first UFC finish and extending his win streak to six in a row. Muniz’s armbar submission on Fabinski was a pretty one, as he transitioned quickly from an unsuccessful guillotine attempt to a deadly armbar that quickly forced Fabinski to tap.

It was a huge victory for the 30-year-old, who improves to 2-0 in the UFC since earning a contract on Dana White’s Contender Series.

“I think the guillotine was very tight. I tried to adjust it hand-to-hand, but the guy had good defense and escaped from this position, so I changed my attack,” Muniz told UFC.com. “I work for the UFC. Whoever the UFC wants to give me, I am going to fight. But I want to compete against Omari [Akhmedov]. He fought against Chris Weidman and I think it will be an interesting fight.”

Another Michel Pereira fight, another fight that I couldn’t keep my eyes off of. “Demolidor” proved once again that he is one of the most unpredictable and fun fighters to watch in the UFC.

There was a little bad blood in his bout with Zelim Imadaev after the fighter from Russia reached out and slapped him during their faceoff at the UFC Vegas 9 weigh-ins. Pereira was able to extract his revenge in a dominant three-round performance that combined outstanding striking, explosive attacks and showmanship.

At the very end of the bout, Pereira was able to get Imadaev’s back and sink in double hooks before securing a rear naked choke that ended the bout.

It was a huge win for Pereira, who now moves to 2-2 in the UFC and bounces back from consecutive losses (Pereira lost his last bout against Diego Sanchez due to an illegal knee). I’m not sure who the UFC is going to put in the Octagon with Pereira next, but I can guarantee it will be must-watch TV.