The Performances That Warranted An Extra $50, 000 On Fight Night: Brunson vs. Shahbazyan
By Steve Latrell, on Twitter: @TheUFSteve • Aug. 2, 2020

It started a little over a week ago when Irene Aldana was forced to withdraw from her main event slot with Holly Holm. The promotion of Derek Brunson vs. Edmen Shahbazyan to the main event seemed to set off a flurry of opponent changes and cancellations that lasted into the event itself, when Trevin Giles fainted just before making his main card walk to face Kevin Holland. When it was all said and done, UFC Vegas 5 became the first event to feature only eight bouts since UFC 177 in 2014.

Even still, there was no shortage of highlights, and the bosses had their hands full when it came time to choose the performance bonuses.

Fight Of The Night: Bobby Green vs Lando Vannata

If you saw their first bout at UFC 216, which also earned Fight of the Night honors, you wouldn’t be surprised to see this rematch pick up right where the original left off.  Staying mostly on the feet, the two traded an absolute barrage of punches with little regard for their own personal safety. Going into the third, it was evident that it was Green who was choosing his shots a little more carefully, doing just a little more damage, and it was enough to claim the unanimous decision. If the matchmakers continued to make this fight at least once a year, nobody would complain.

Their first outing ended in a split draw, and Green was jubilant to finally get a decisive outcome.

“I’d never had a draw before, so I had to go back and find out who is the best man. When you run it back, whoever wins that one wins them all.”

Joanne Calderwood knew it was a risk to forgo the title shot waiting for her against Valentina Shevchenko to take this fight just as much as Jennifer Maia knew this was her opportunity to seize it. UFC president Dana White confirmed in the post-fight press conference that Maia was next for the champ following a brilliant first round armbar finish.

“Ever since I got in the UFC, I’ve never had an easy fight,” said Maia through her translator, Gilbert Burns. “I always test myself in those fights. I’m happy the champion is talking about me. I’m ready to fight for the title. I want to fight with the champion. It’s going to be a pleasure to fight her.”

It will be a pleasure for fight fans everywhere. 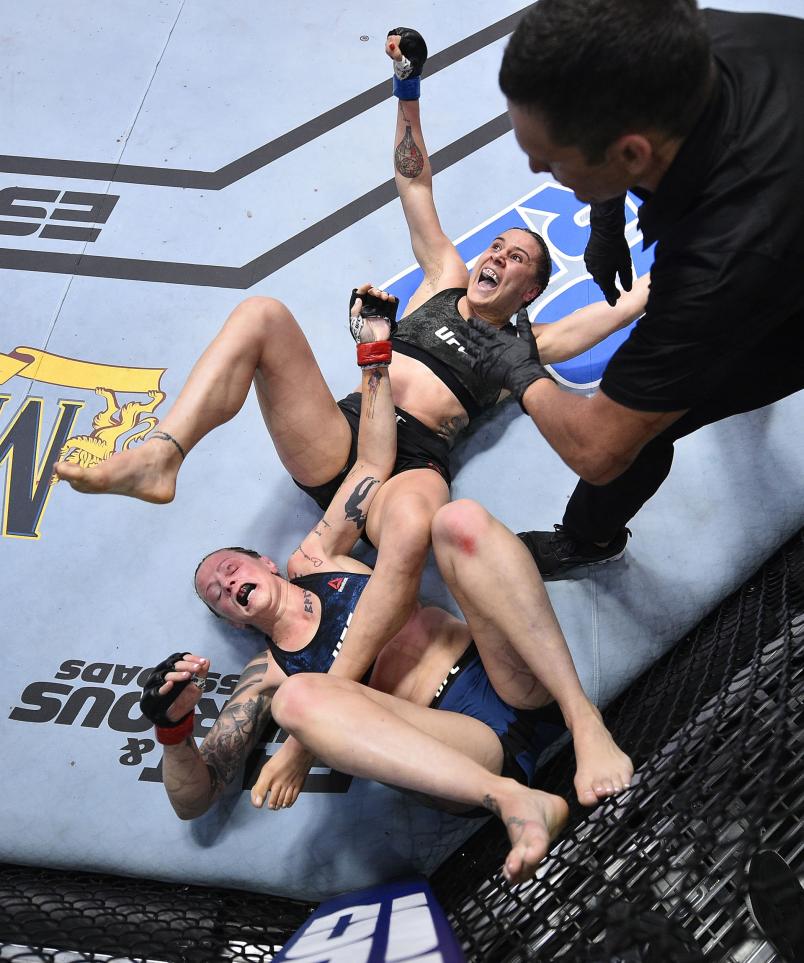 There’s a certain handful of fighters who, when you see their name on a fight card, are immediately on the short list of probable bonus winners, and Vicente Luque is one of those fighters.

Randy Brown was a game opponent and if he could have made his way into the third round, this might have been in contention for Fight of the Night, but a sequence that ended with Luque holding Brown up long enough to deliver a knee to the head midway through round two would send the Brazilian home with the spoils.

“That (knee was) something I was working on, especially after he started weaving from my punches,” Luque would say post-fight.  “I said I’m just going to clinch him here and maybe go for the D’Arce choke, which is my go-to move. But I saw I could land a knee.  He's a guy who knees a lot to the head, so I thought 'this guy has his hand so low right now. If I make sure he doesn't have the hands on the floor, I'm going to knee him.’ I finish fights. When I see the opportunity, I go for it.” 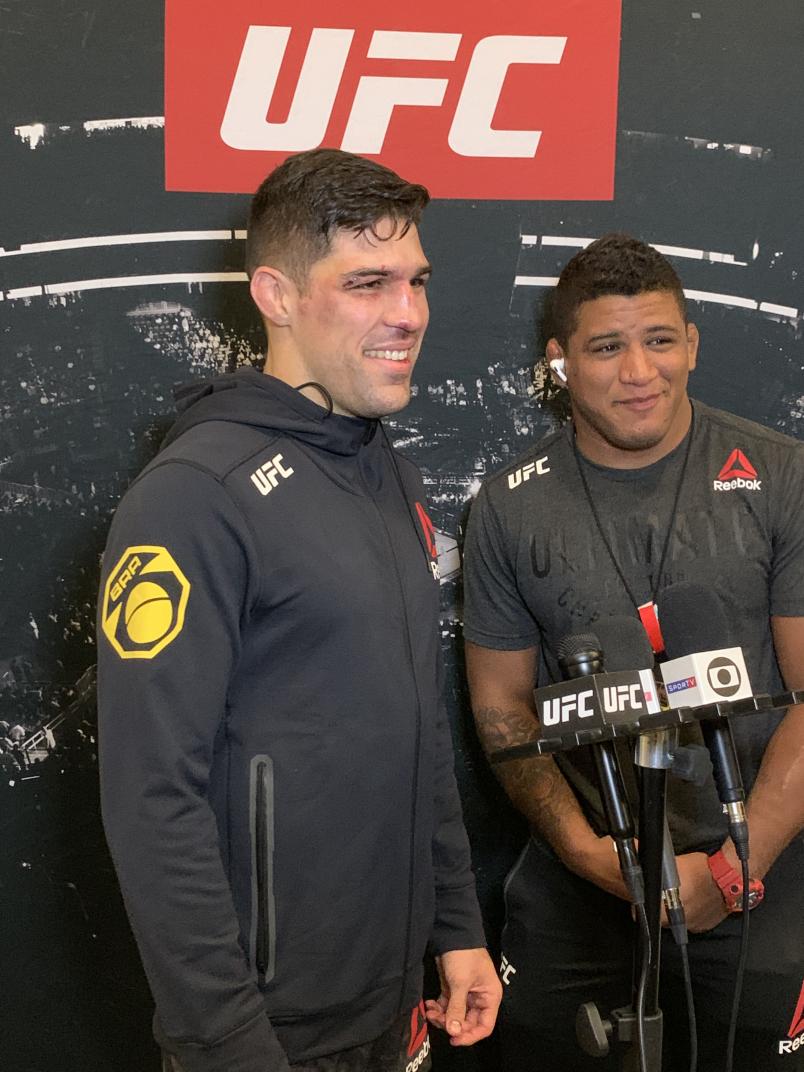