Middleweight Talks About The Long Road To His Octagon Debut This Saturday
By McKenzie Pavacich, On Twitter @mpavacich_ • Jun. 18, 2021

I wasn’t quite sure what to expect when Bruno Silva sat down for his fight week interview with UFC.com ahead of his long-awaited UFC debut this weekend at UFC Fight Night: The Korean Zombie vs Ige.

Despite not knowing what to expect, I was still surprised when the Brazilian sat down and immediately posed for a goofy photo op, laughing and spreading an infectious aura of positive energy. But once the camera started rolling, like a switch had flipped, it was time for business.

Pretty intense stuff right off the top, but it’s really not a shocking statement from someone whose UFC debut was delayed two years for seemingly uncontrollable circumstances. 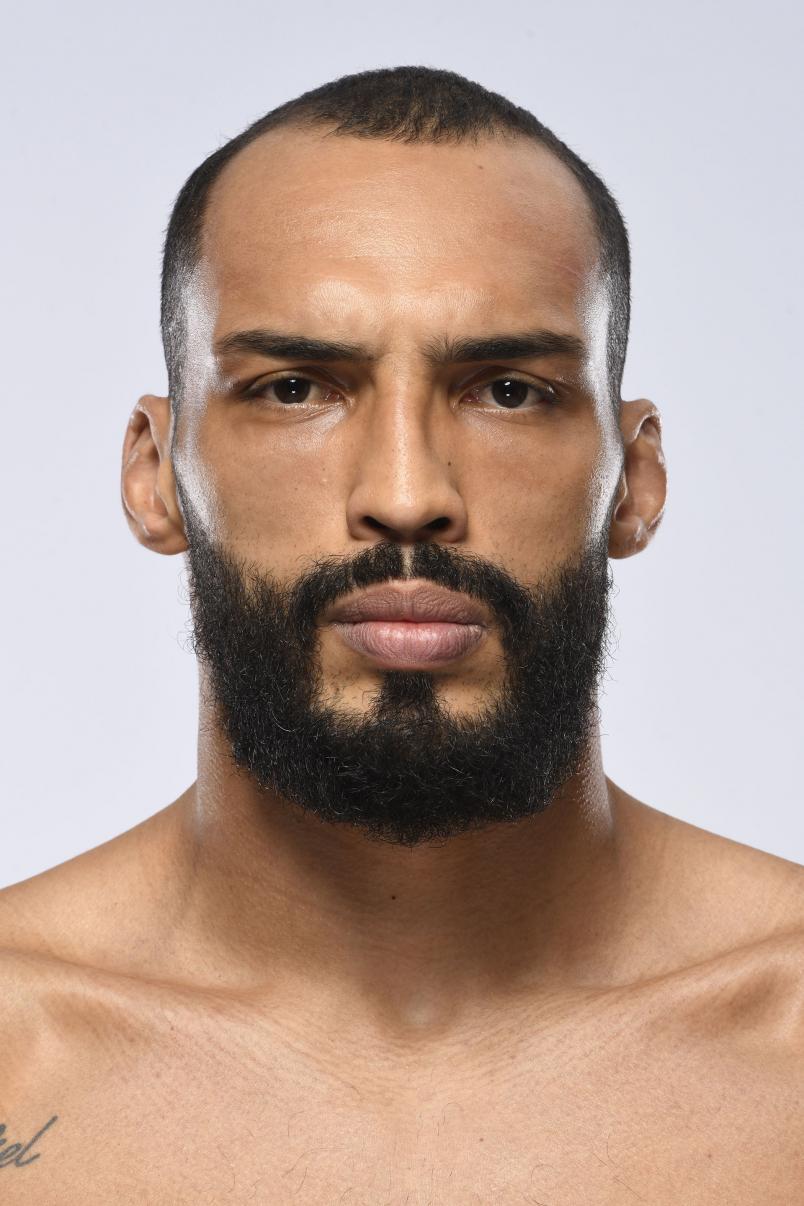 A USADA sanction kept Silva, who signed his inaugural contract with the UFC in 2019, from entering the Octagon when he had originally planned. But that didn’t change the big picture one bit.

“My mind is in the right place, and a lot of good things happened in my life these past two years. My daughter was born, she’s beautiful,” Silva said, beaming. “There’s no reason to keep thinking about the past or trying to change what happened. These two years just kept me from fulfilling my dream, but I’m still standing, as always.”

Despite the setbacks, “Blindado,” which translates to “armored” in Portuguese, stands within reach of his life’s work coming to fruition inside the Octagon.

“You might see me lose a fight, but you’ll never see me down, because I wasn’t born for that. I was born to win.”

Armored with an inextinguishable fire and the motivation his family provides him with, Silva is hyper focused on the task that lies ahead: performing on the biggest stage in mixed martial arts, and doing so in true “Blindado” fashion.

“I’m a striker, I like to exchange. I’m always looking for the knockout,” Silva said. “I don’t like to win by points. Don’t be surprised if you see a submission, because I train on the ground a lot. I’m a brown belt in jiu-jitsu.”

"Some people know me and some people don't, but after Saturday they'll know who I am."

Boasting 16 knockouts in his 19 professional wins, the Curitiba native isn’t paying much mind to the fact that he’ll have to once again make a name for himself in the UFC, or the fact that he’s often confused with the other Bruno Silva on the roster.

“Some people know me, and some people don’t, but after Saturday, they’ll know who I am. Like I said, I’m not here to win by points. I’m not a math teacher -- I get in there to finish the fight, and it will be no different in the UFC. I’m here to knock people out and put on a show for the fans.”

His first test lies ahead against Wellington Turman, young both in age and in Octagon time, who will be looking to spoil the debut of Silva in order to get back on track after getting knocked out by Andrew Sanchez last August.

“I’m not sure about (Octagon time), but I’m not really worried about that. I’ve had more fights, I’m more experienced. Regardless of his age or how many fights he’s had, I’m ready.”

Turman, who’s faced a handful of setbacks of his own in the past year, has had his own return to the Octagon delayed by varying health issues; but it’s no concern of Silva, who won’t be overlooking any aspect of his opponent.

“It doesn’t matter what happened to my opponent, whether it was COVID or any other health problem,” the 31-year-old said. “I have to focus on my career. I’ve also had some losses, but there’s no reason to focus on that or on his (setbacks) in my preparation. I hope he gives his best, because I’m going to give my best.”

After putting his best to the test against Turman this Saturday, Silva is hoping for an active year filled with opportunities to break into the middleweight division.

“I want to fight the best. I want to have a lot of fights. I hope to have at least two fights this year. Even three, God willing,” Silva explained. “This is my job; I like to work. I’m ready all year ‘round. I don’t have camps, I work every day, rain or shine. I’m always ready to fight.”

Excitement doesn’t even begin to cover the type of energy Silva radiates, as he’s finally getting to punch in for his first night at the office. And he’s got a lot to work for -- his daughter, the fans that await him and, above all, the two years he’ll never get back.