David Dvorak: Return Of The Undertaker

As an avid fan of professional wrestling through my teenage years, David Dvorak was immediately someone I took interest in upon his arrival in the UFC, simply because he carried the “Undertaker” moniker.

Whether the nickname came with any connection to the long-time WWE superstar or not, it was an easy hook for someone that used to emulate the moves of “The Dead Man” and countless others on couches, beds, and backyard lawns long before becoming a fan of mixed martial arts.

Naturally, when we spoke ahead of his return to action this weekend opposite Raulian Paiva in Las Vegas, it was the first thing we discussed, and the actual origins of his nickname are even better than being tied to the now-retired professional wrestler.

“My father is an undertaker in my country,” began Dvorak, who earned unanimous decision victories over Bruno Silva and Jordan Espinosa in his first two UFC appearances last year to enter the Top 15 in the flyweight division. “He works in a cemetery and sometimes I work with him. 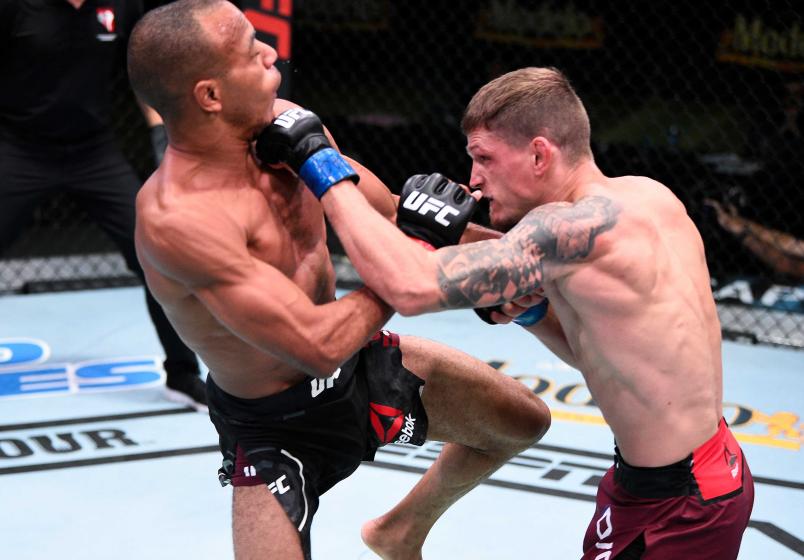 David Dvorak of the Czech Republic punches Jordan Espinosa in their flyweight bout during the UFC Fight Night event at UFC APEX on September 19, 2020 in Las Vegas, Nevada. (Photo by Chris Unger/Zuffa LLC )

“I worked with him for more than five years, so that’s the reason I have the nickname ‘Undertaker’ — it was my last job. It’s a true story.”

The last part feels like the kind of thing you tack on when you’re used to hearing people chase your explanation with a one-word question like, “Really?” or “Seriously?” and are ready to move on to another topic, so we did, shifting from how he picked his nickname to his role as part of a small, but impressive, pack of fighters representing the Czech Republic currently making noise in the UFC.

Welcome To The UFC: Shayilan Nuerdanbieke

The most prominent of the group is light heavyweight Jiri Prochazka, the top-knotted wild man who established himself as one of the top contenders in the 205-pound weight class just a couple weeks ago by registering a ridiculous second-round knockout win over Dominick Reyes.

“He’s a big knockout artist,” Dvorak said with a laugh, speaking about his surging countryman.

In the background, a coach asked who he was talking about, with Dvorak informing them we were speaking about Prochazka.

“He’s f------ crazy!” bellowed the coach, prompted all three of us to break out in laughter.

“His fight was crazy,” resumed Dvorak, who carries a 15-fight winning streak into Saturday’s contest with Paiva at the UFC APEX. “It’s pretty amazing and he motivates me a lot. I want to be another Czech future champion because I’m 100 percent sure that Jiri will be champion, so I have to be next.” 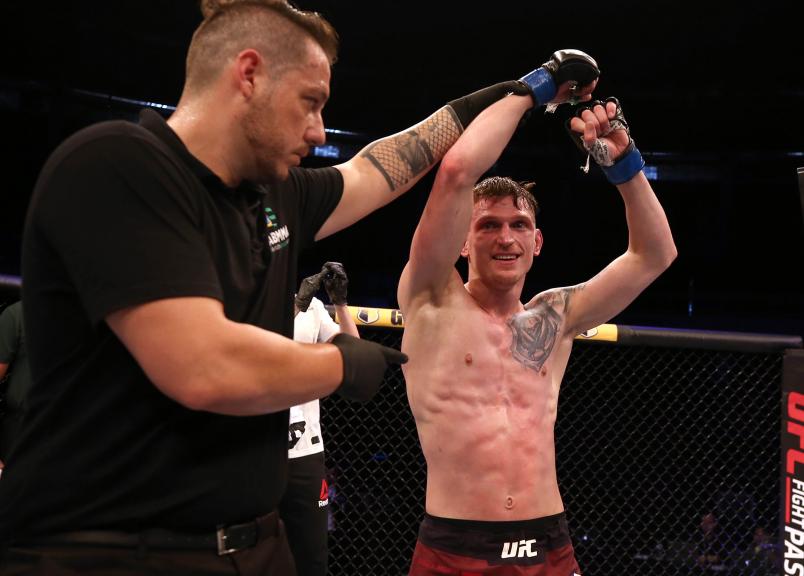 David Dvorak of the Czech Republic celebrates after his victory over Bruno Silva of Brazil in their flyweight fight during the UFC Fight Night event on March 14, 2020 in Brasilia, Brazil. (Photo by Buda Mendes/Zuffa LLC)

Dvorak and Prochazka have each earned victories in their first two UFC appearances, putting the country on a four-fight winning streak in the UFC.

That’s a very different experience than what fans in the Czech Republic experienced with the first wave of fighters from their homeland to compete at the sport’s highest level.

“In our country, MMA is really popular, but we have just two fighters in the UFC,” began Dvorak. “All the people in our country are really happy for the people that can win fights in the UFC because the last few fighters (from Czech Republic) in the UFC lost their fights.”

That first trio of Czech fighters — Karlos Vemola, Viktor Pesta, and Lucie Pudilova — made a combined 18 appearances inside the Octagon, collecting just five victories between them.

Since then, Dvorak and Prochazka have things moving in the right direction, while Makhmud Muradov, a Uzbekistani middleweight that fights out of Prague, has also gone 3-0 inside the Octagon, putting the athletes training in the country on an extended run of success heading into the start of Dvorak’s sophomore campaign inside the UFC cage.

In addition to being motivated by his countryman and bolstered by the swell of support he’s received at home, the 28-year-old flyweight has also been smart about making adjustments to his preparations since graduating to compete on the biggest stage in mixed martial arts.

“When I (fought in Brazil), we went one week before the fight and it was a really big mistake because one week is not enough (time to get acclimated),” said Dvorak, whose debut win over Silva took place in Brasilia on the final fight card before the UFC was forced to briefly press pause on its schedule as a result of the global coronavirus pandemic.

When he readied to face Espinosa in his second appearance, Dvorak and his team learned from their prior miscalculation, and have done so again ahead of this weekend’s contest.

“I came to Vegas two weeks before that fight,” he said of the bout with Espinosa, “and for the fight with Paiva, we came three weeks early.”

David Dvorak of the Czech Republic poses for a portrait backstage after his victory during the UFC Fight Night event on March 14, 2020 in Brasilia, Brazil. (Photo by Mike Roach/Zuffa LLC)

The group initially touched down in Arlington, Texas, where Dvorak’s coach, Jan Marsalek, competed on the undercard of the massive Canelo Alvarez-Billy Joe Saunders fight a couple weeks back.

While his coach dropped a decision to Kelvin Davis, the experience of watching the best pound-for-pound boxer in the sport right now turned the Czech mixed martial artist into a boxing fan.

“Canelo motivates me really, really a lot,” Dvorak said of Alvarez, who pushed his record to a staggering 56-1-2 when Saunders’ corner threw in the towel following the eighth round. “Before his fight, I saw some boxing matches, but I’ve never been a big fan of boxing.

Alvarez has that kind of impact on people, and Dvorak is hoping to have a similar impact on the flyweight division.

After a successful first year that saw him make an immediate impression and climb into the Top 15 in the 125-pound ranks, the streaking “Undertaker” is keeping things pretty simple as he readies to compete again this weekend.

“It was a really good year for me because I stepped into the UFC and I won those two fights, which was my big dream,” he began, reflecting on his rookie season inside the Octagon. “Everything is perfect. It’s a dream for all fighters (to compete in the UFC), but now I want another two fights and to sign a new contract with the UFC; that’s the plan.

The first step towards achieving that next goal comes Saturday, when he squares off with the 25-year-old Paiva, who has rebounded from losses in each of his first two UFC appearances to collect consecutive victories and land one spot behind Dvorak in the flyweight rankings.

Though he acknowledged that Paiva presents some unique challenges, Dvorak’s confidence is unwavering.

“He’s just another opponent. We’ve studied his fights, what he does, and we’re prepared for everything. I cannot make mistakes, and I just focus in on our goals.”

And those goals are simple: two fights and a new contract, it doesn’t matter the opponents because in the end, they will all rest… in… peace.