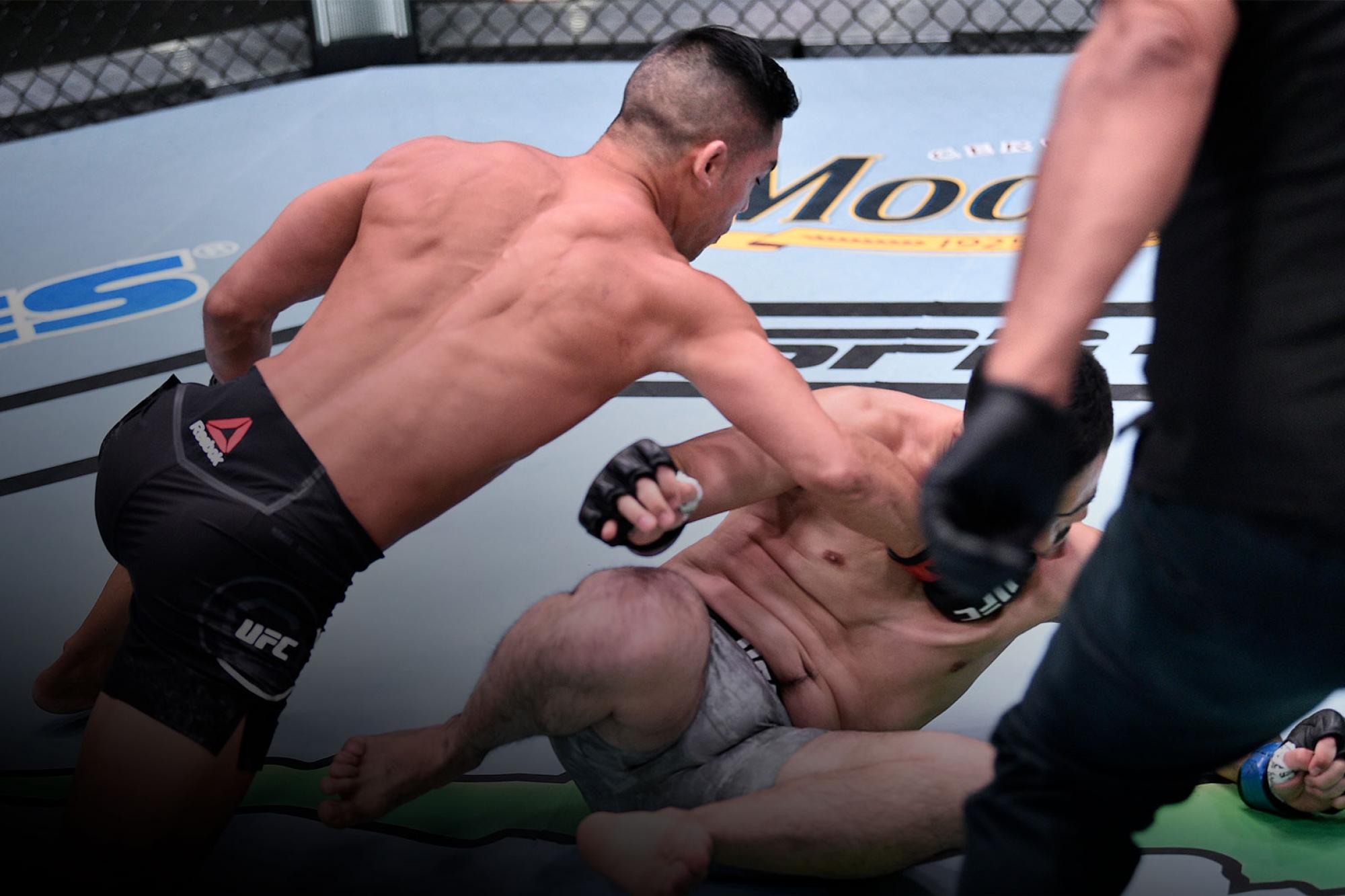 Recap the big winners from UFC Vegas 2
By Zac Pacleb, on Twitter: @ZacPacleb • Jun. 14, 2020
Performances of the Night
Christian Aguilera

Making his debut against a fellow newcomer, Christian Aguilera showed off his heavy hands in a first-round TKO victory over Anthony Ivy.

Aguilera’s approach was more patient, but he snuck a right hand around Ivy’s guard and rocked his balance. Seemingly out of nowhere, Aguilera poured the pressure on Ivy, landing several unanswered strikes that ended the bout.

He had a reputation for heavy hands preceding his first foray into the Octagon, which he backed up with his performance.

Few on the roster waited longer than Tyson Nam to secure their first UFC victory, and the Hawaiian got his coveted “W” in spectacular fashion. Facing off against newcomer Zarrukh Adashev, Nam waited for his window. He found one when Adashev threw a leg kick, and Nam countered with a stunning right hand that flattened Adashev and finished the fight a little more than 30 seconds into the first round.

In her first UFC bout, Mariya Agapova showed her ferocity against Hannah Cifers. Immediately, Agapova pressured Cifers with a flurry of strikes, using her length advantage to keep Cifers in range and at the end of her strikes. Cifers, always game, stood strong until Agapova landed a left high kick midway through the round.

Agapova advanced forward and searched for a finish, eventually taking Cifers’ back and sinking in a rear naked choke that ended the fight at 2:42 of the first round.

After originally expecting to fight in London on the postponed March card, Vettori’s first booking with Karl Roberson fell through when Roberson pulled out on fight day in May. A month’s worth of bad blood followed, and Vettori channeled that into a well-rounded – albeit short – performance in Las Vegas.

In the first few minutes, the two quietly engaged before Vettori got the fight down to the ground. Roberson defended his submission attempts well, but it wasn’t long before Vettori swarmed him with ground-and-pound strikes that led to a rear naked choke with less than a minute remaining. It was the kind of win Vettori was in search of and might put the Italian in position for a ranked opponent next.