See which fighters earned a bonus on UFC Fight Night: Smith vs Clark
By Gavin Porter, on Twitter @PorterUFCNews • Nov. 30, 2020

The fighters of UFC Vegas 15 showed out in a big way in the UFC Apex, with seven of the ten fights coming to an end by knockout or submission. The standout performances made it tough to snag one of the Performance of the Night bonuses handed out by UFC President Dana White.

Performance of the Night: Anthony Smith 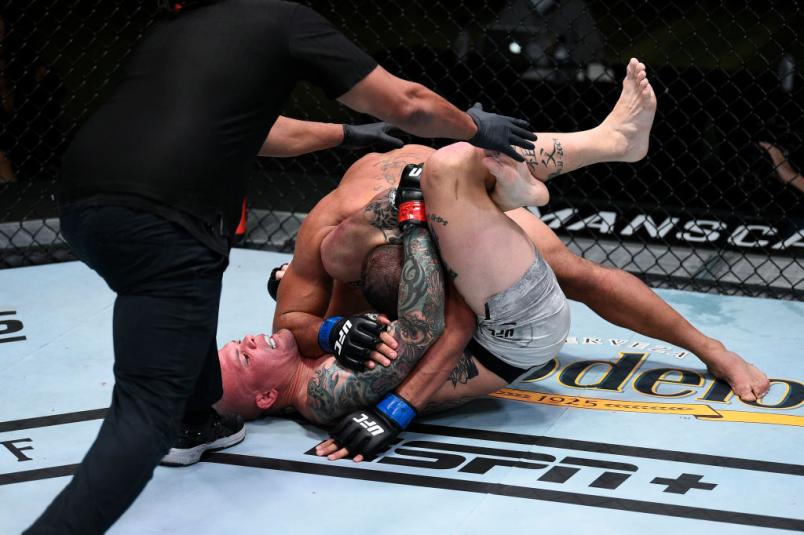 “Lionheart” has returned to form, defeating Devin Clark by submission in a matter of minutes in the card’s main event. Smith took the fight hoping to fight pressure free and to recapture the magic that helped him make a run at the UFC’s light heavyweight title in 2019. He knew it was high-risk, but that didn’t matter. He had to see if he could get his groove back.

And he did just that.

Smith was able to stop the charge of Clark in the opening moments of the bout and secure a solid takedown. He quickly dragged Clark to the middle of the Octagon, only to have Clark flip the position on him and put him on his back. From there, Smith was able to set up a triangle choke that Clark just couldn’t escape from.

The tap secured Smith’s fifth victory by submission since he joined the light heavyweight ranks, and that’s a tie with Scottish submission ace Paul Craig for best since 2018.

After the fight, Smith was adamant he’s in no rush and that he just wants to fight whoever the UFC puts in front of him. It will be interesting to see what happens next with the light heavyweight contender, but whatever it is, you can expect it to be worth watching.

Performance of the Night: Miguel Baeza

“Carmel Thunder” strikes again. The MMA Masters product secured his first career submission victory, defeating Takashi Sato in the second round of their welterweight showdown. The arm triangle victory improved Baeza to 10-0, and 3-0 in the UFC with three finishes.

That’s impressive stuff, and if you watched the 28-year-old Baeza on Saturday night, you can see why he’s a true prospect in the welterweight division.

Baeza stalked Sato, stunning him on the feet multiple times. As the damage mounted in the striking game, he decided to switch it up and got hold of a single leg that put Sato on his back. From there, he patiently worked his way into a favorable position to secure an arm triangle. Once he was able to get his body on the correct side, it was game over for Sato.

With finishes over opponents like Hector Aldana, Matt Brown and now Sato, the Contender Series grad is primed to face a top 15 foe sooner rather than later.

Performance of the Night: Sumadaerji 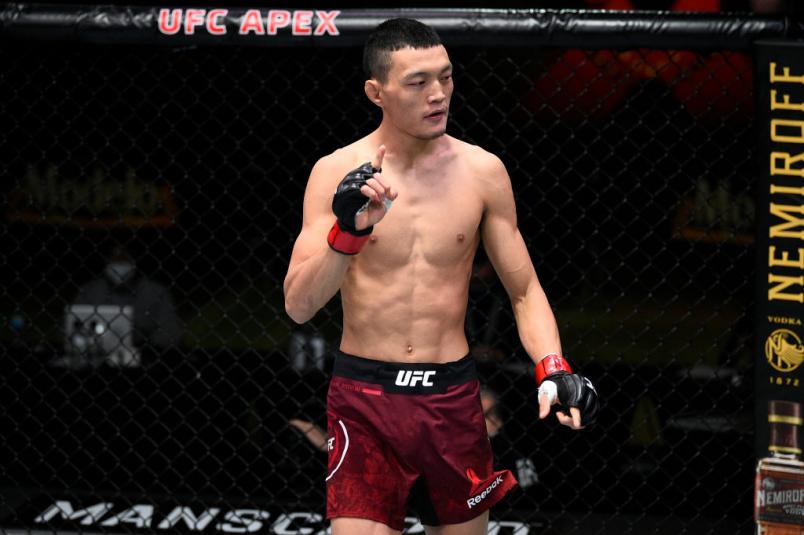 It took flyweight Sumadaerji just 44 seconds to knock out Malcolm Gordon, making him a prospect that fight fans have to keep their eyes on in 2021. With Deivesion Figueiredo attempting his second title defense in a month, plenty of eyes are on the flyweight division and they should be if fighters like Sumadaerji keep making big splashes.

Sumadaerji’s length and striking ability make him a threat for anyone in the division, and with a little more experience, he could be making a push to fight some of the flyweight’s elite very soon.

Performance of the Night: Nate Maness

Don’t call it a comeback, call it the game plan. Nate Maness knew that Luke Sanders would come out strong and that he would be a little wild at moments, but he never lost his cool. He stood back, waited for his chance, and when he saw it, he fired a straight shot right down the pipe.

He dropped Sanders, but before he could pounce for the finish, “Cool hand Luke” scrambled to his feet, prompting Maness to take him to the canvas. From there he quickly secured his hooks and got his arm under Sanders’ chin. And that’s all she wrote.

That’s 2-0 in the UFC for Maness, who took out Johnny Munoz Jr. back in August. The bantamweight division is as competitive as they come, and Maness could be a great addiition to the shark tank.