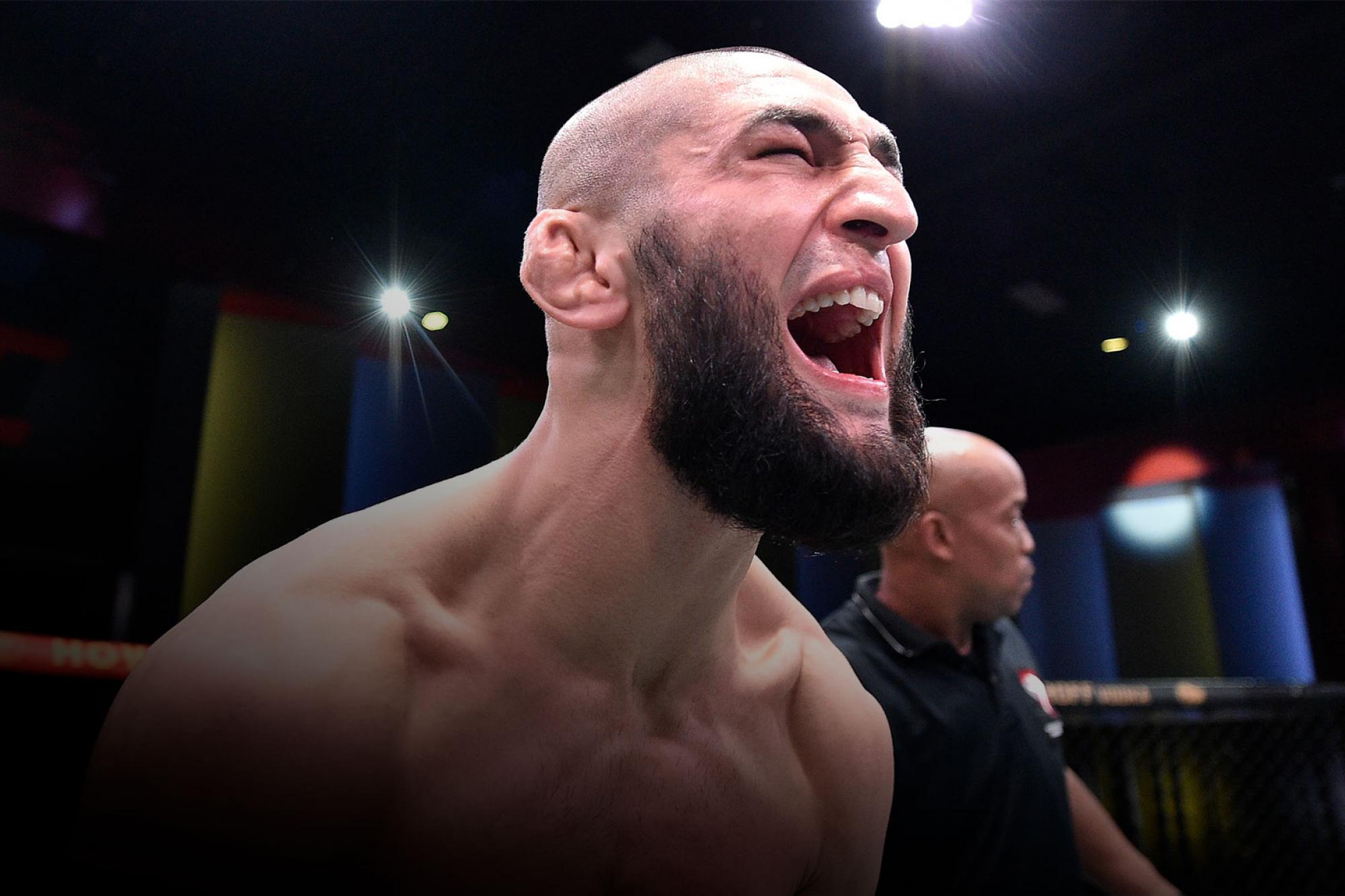 When it came time to hand out an extra $50,000, there were no shortage of candidates when UFC Fight Night: Covington vs Woodley drew to a close. These are the four that rose to the top.

Sweden’s Chimaev made the shortest work of his biggest test to date, needing only a scant 17 seconds to KO Gerald Meerschaert and continue his rise as one of the hottest fighters in MMA.

“I’ve been in this game my whole life, I’ve never seen anything like him," UFC President Dana White would later tell reporters. "This guy is one of the most special fighters I’ve ever seen, if not the most special guy that I’ve ever come across.”

After completing the fastest turnaround in UFC history in July, the win was his third in 66 days. Rumors continue to swirl that he’ll take on veteran Demian Maia later this year. Although he couldn’t confirm it was happening, Chimaev shrugged and said, “If it does, I’ll smash him, too.”

Mackenzie Dern continued to do Mackenzie Dern things with her second straight first round submission victory. Everyone, including Dern, was surprised to see Randa Markos opt to take it to the ground so quickly. It was certainly bold to march right into the lion’s den, but the result was a familiar one.

“I started jiu-jitsu when I’m three years old. I’m 27. 24 years…the girls are going to have to do a lot of jiu-jitsu if they want to get to the same [level],” she stated matter-of-factly. “When I was on the ground, it was almost like being in a Jiu-Jitsu tournament. I threw maybe five or six punches in the whole fight. It was my home, so it definitely felt kind of easy on the ground.”

Undoubtedly, she makes it look easy.

Every one of Randy Costa’s six professional wins has come by way of a first round knouckout, and his head kick KO of Journey Newson  Saturday will go down as his second fastest to date. Needing a mere 41 seconds to finish the job, the Massachusetts native and peanut butter cup aficionado continues to demand that the bantamweight division sit up and take notice.

“They call me The Zohan because I’m a diva with my hair and I throw a lot of head kicks. It’s cool to go out there and win by a foot uppercut. I won by foot uppercut tonight,” he said backstage. “Everyone says I have so few fights and that’s true, but again I showed I belong. I’m here to stay.”

Nobody had a wilder week than veteran Damon Jackson who received the call to return to the UFC on Monday. The Fortis MMA product made the most of the opportunity by shedding close to 30 pounds and hanging in there with Mirsad Bektic long enough to score the third round submission. Down on all the scorecards heading into the final frame, Jackson dug deep and found the guillotine at 1:21.

“It’s just refreshing to come back here and get a win. It wasn’t the performance I wanted, but I felt strongly about the matchup,” Jackson would say afterwards. “If I had a full camp, I would have finished him in the first. That was ugly. He shot in on me and I was like, ‘No one ever shoots in on me.’ Hardly in my gym people try to take me down, because I go for those guillotines. It caught me off-guard, but I’ll be ready from here on out. If they want to match me with another wrestler, I’m down with that all day.”

It’s a shame there were only four bonuses to hand out because there were standout moments everywhere you looked in Las Vegas.

Tyson Nam made it two thrilling finishes in a row with his second round TKO of Jerome Rivera. Using his vicious right hand that he’s dubbed his “T-1000”, he barely needed more than a round to do the damage. After a couple difficult years of changing camps and divisions, Jessica-Rose Clark looked savagely reborn on her way to her first UFC finish against  Sarah Alpar. Johnny Walker returned to his flashy winning ways with a first round KO of Ryan Spann, and Brazil’s  Mayra Bueno Silva impressed with a clinical first round armbar submission of Mara Romero Borella.