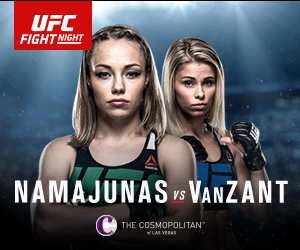 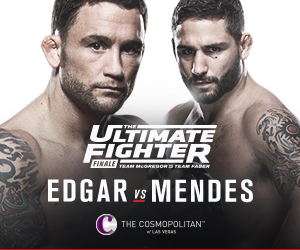 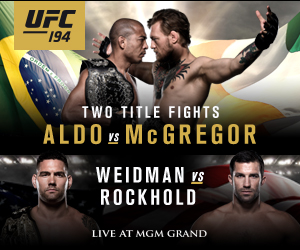 CHAMPIONSHIP
BELT
From 11am to 8pm at Federation Square!

DIGITAL
FACE OFF
Fans are invited to The Sporting Globe Richmond for UFC Fighter meet & greets at 6pm.

STRIKING
CHALLENGE
Test your stregth and share your score.

FAQs
How do I register for my UFC Fan Access Pass?
Go to ufcregister.com and register with your Facebook, Twitter, or email address.
The QR you receive will be your UFC Fan Access Pass! Bring it with you to the locations around Las Vegas that are listed on this site, giving UFC fans exclusive offers and access!

What do I do with the QR code I receive?
Please bring it to the locations around Las Vegas that are listed on this site, and scan at the scan stations, or present to staff for special offers and access. You may have it printed OR on your phone!

Will my registration give me access to the weigh-ins?
All weigh-ins are free and open to the public. You do not need a UFC Fan Access Pass for entry.

Where are the weigh-ins?
All weigh-ins will be located at the MGM Grand Garden Arena! Please see the schedule for times!

I’m a UFC Fight Club member. Where do I get my early access bar code for the Q&A and UFC 194 weigh-ins?
Log in to your account at ufcfightclub.com. Go to the EVENTS tab. Select “Show/Print Bar Code”. Bring that bar code on your mobile device or printed. The Fight Club line will be on the lower level at Audrie St. and 9th (MGM Way). Fight Club doors are 12pm-12:30pm. Fight Club members may bring (1) guest with them for early access.

Will there be event merchandise at the weigh-ins?
Yes!

Are there any viewing parties for The Ultimate Fighter Finale?
Yes! There will be a fun, free viewing party of the main card, at The Ice Rink at The Cosmopolitan! Demetrious Johnson, Frank Mir, and Kenda Perez will be there. Also, fans with the UFC Fan Access Pass will get FREE skate rentals.

-What be at the UFC 194 Viewing Party UFC Fan Experience?:
In addition to the UFC 194 live telecast:
-Take a photo with the UFC Championship Belt, take Fighter Face off Photos by facing off in a photo with virtual version of the UFC fighters from the UFC 194  main and co-main event. AND you can test your strength on the UFC Punching Machine. All of this will be shared on social media or sent to your e-mail address when you scan your UFC Fan Access Pass!


Are there official UFC after parties?
Yes!
The Official Ultimate Fighter Finale after party is at Marquee at the Cosmopolitan.
Fans with the UFC Fan Access Pass OR an event ticket will get complimentary admission and open bar from 10-11pm!

The Official UFC 194 after party is being held at FOXTAIL nightclub at the SLS. Fans with the UFC Fan Access Pass or an event ticket will receive reduced admission and a line pass!

There are other night life offers for fans with the UFC Fan Access Pass-please check out the perks page for those details!

Are there any fan discounts on travel in Las Vegas? What’s the best way to get around?
Yes! The Las Vegas Monorail and Lyft both have exclusive UFC fan offers!

-LYFT:
$20 off your first ride!
lyft.com/invited/ufc

Are there other discounts or offers for fans with the UFC Fan Access Pass?
Yes! At Double Barrel Roadhouse, McFadden’s, RiRa, Hyde Bellagio, & more! Check out the perks page for all the details!