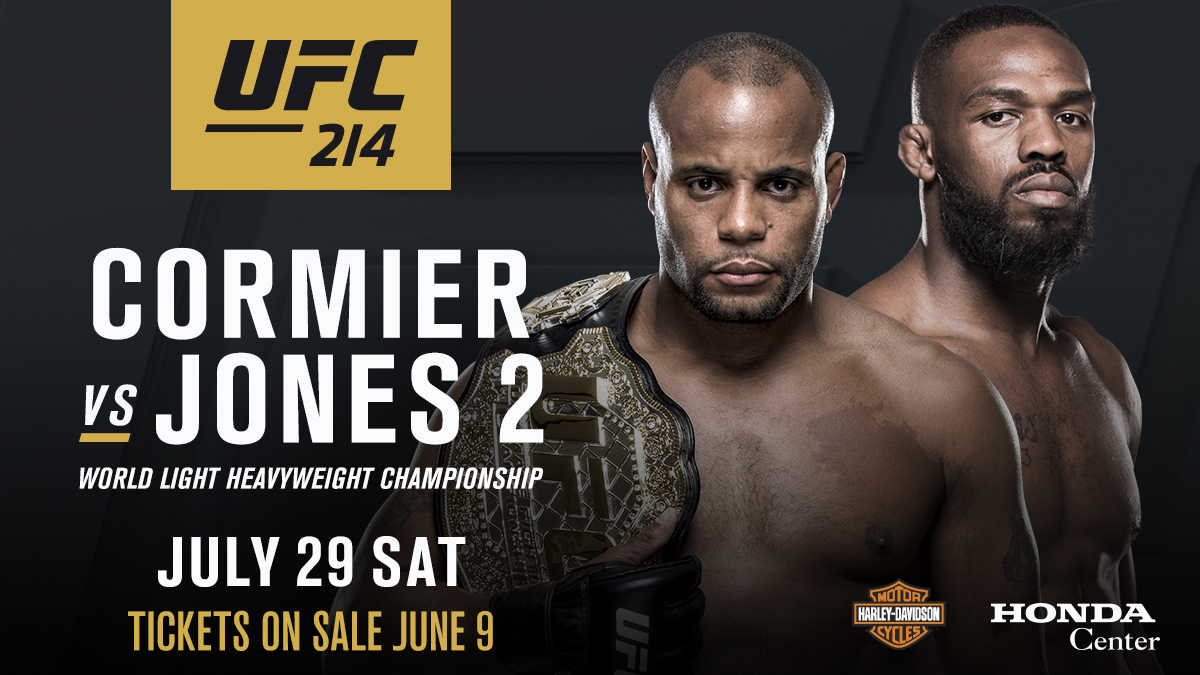 The lineup is stacked for the UFC’s Summer of 2017, but even as a host of intriguing matchups were announced in Dallas by UFC commentator Jon Anik on Friday, from the time he said that the long-awaited rematch between Daniel Cormier and Jon Jones was on for UFC 214 on Jul. 29, it was clear that the two light heavyweight stars were going to steal the spotlight.

And they did, even having an altercation before taking the stage at American Airlines Center and continuing their verbal battle.

“I'm so happy to be back,” said Jones, who has been on suspension since July of last year for a failed post-fight drug test that scrapped their original rematch at UFC 200. “I've had a lot of time away from the sport, a lot of time to reflect on how much this MMA career means to me, and I've made up my mind that it means a lot to me. I can't wait to get back everything that I lost. I'm excited to be back here and fighting against DC, one of my biggest rivals. Expect fireworks, it's gonna be a great fight.”

But it was Jones’ comment about Cormier’s title belt that ignited the ire of the champion.

“He (Cormier) never beat me,” Jones said. “The belt he has over there is an imaginary belt.”

“You know what the beauty of me being a competitor like I am?” Cormier responded. “I forgot about that and I'm about to whip your punk ass.” 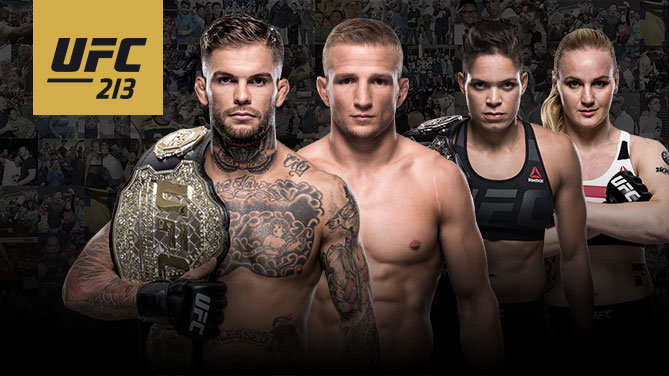 In addition to Cormier-Jones 2 at Honda Center in Anaheim, Anik broke some more news with the announcement that Amanda Nunes will defend her UFC women’s bantamweight title for the second time in a rematch against Valentina Shevchenko at UFC 213 in Las Vegas’ T-Mobile Arena on Jul. 8. It’s a card that also includes the bantamweight title clash between Cody Garbrandt and TJ Dillashaw. And though Garbrandt and Dillashaw weren’t in attendance Friday, Nunes and Shevchenko made enough noise with their less than cordial feelings for each other.

“I want to go up,” Nunes said of a move to the featherweight division. “I cleaned this division, I beat this girl already and I'm gonna do it again and I want to go up.”

“You have two months to talk more, and it will be finished soon,” said the confident challenger, who didn’t back down from their faceoff, which saw Nunes take a shot at her before being separated. 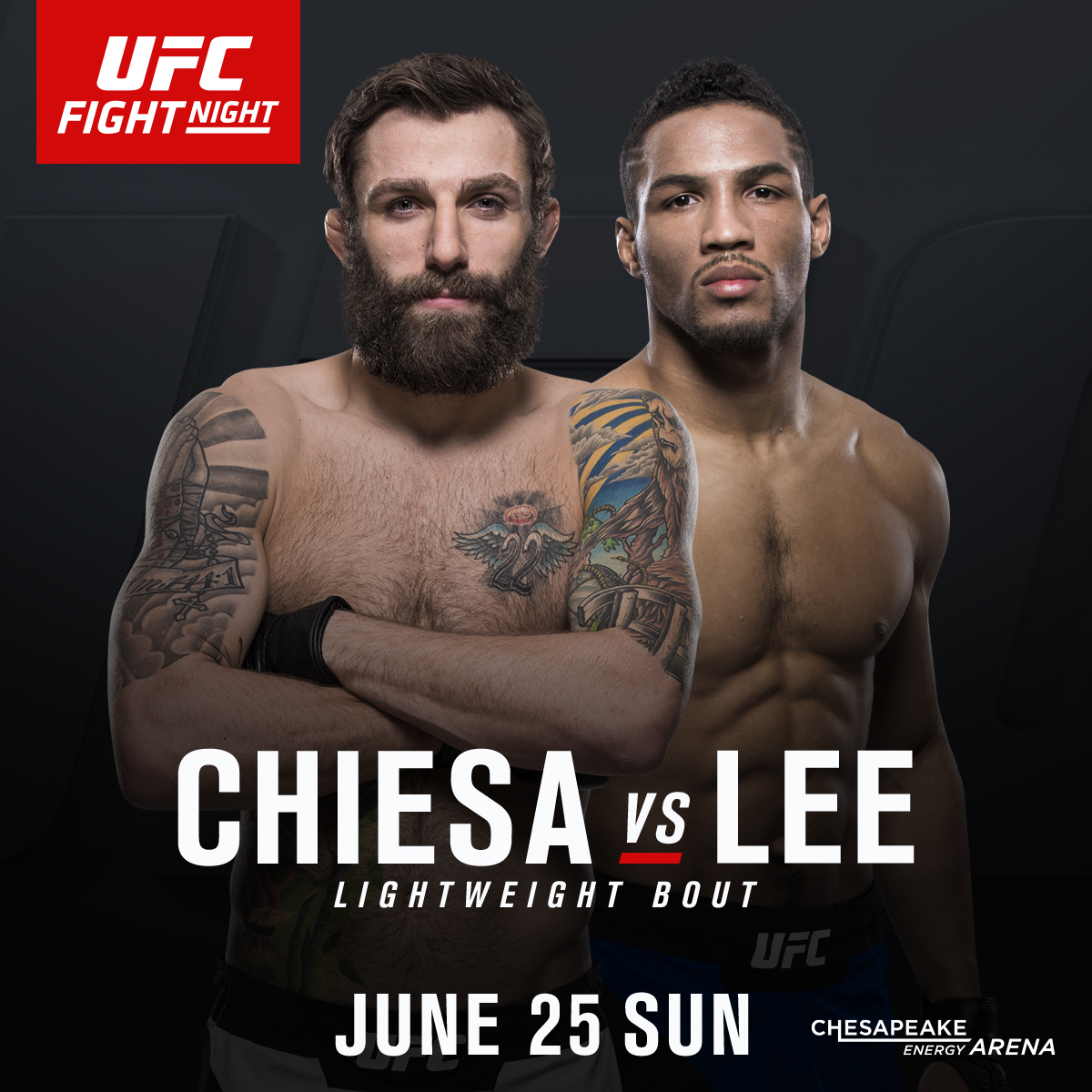 Security had to also be called in when Oklahoma City headliners Michael Chiesa and Kevin Lee got into it before their June 25 bout, lending even more heat to the meeting of lightweight contenders.

Heat was also the operative word for the gentlemen headlining the Ultimate Fighter Finale on Jul. 7 at T-Mobile Arena, as highly-touted UFC newcomer Justin Gaethje will make his debut against veteran contender Michael Johnson.

“I perform under the big lights, so July 7, Michael is going to oblige my wish to come in there and give me a war,” said Gaethje, the longtime World Series of Fighting champion. “I ain't here to talk s**t. I do my talking in the cage. That's all I care about.”

“You had wars in World Series, but when you come to UFC, you won't have a war with me,” Johnson countered. “We're gonna bang, but you're out of your league in this one.” 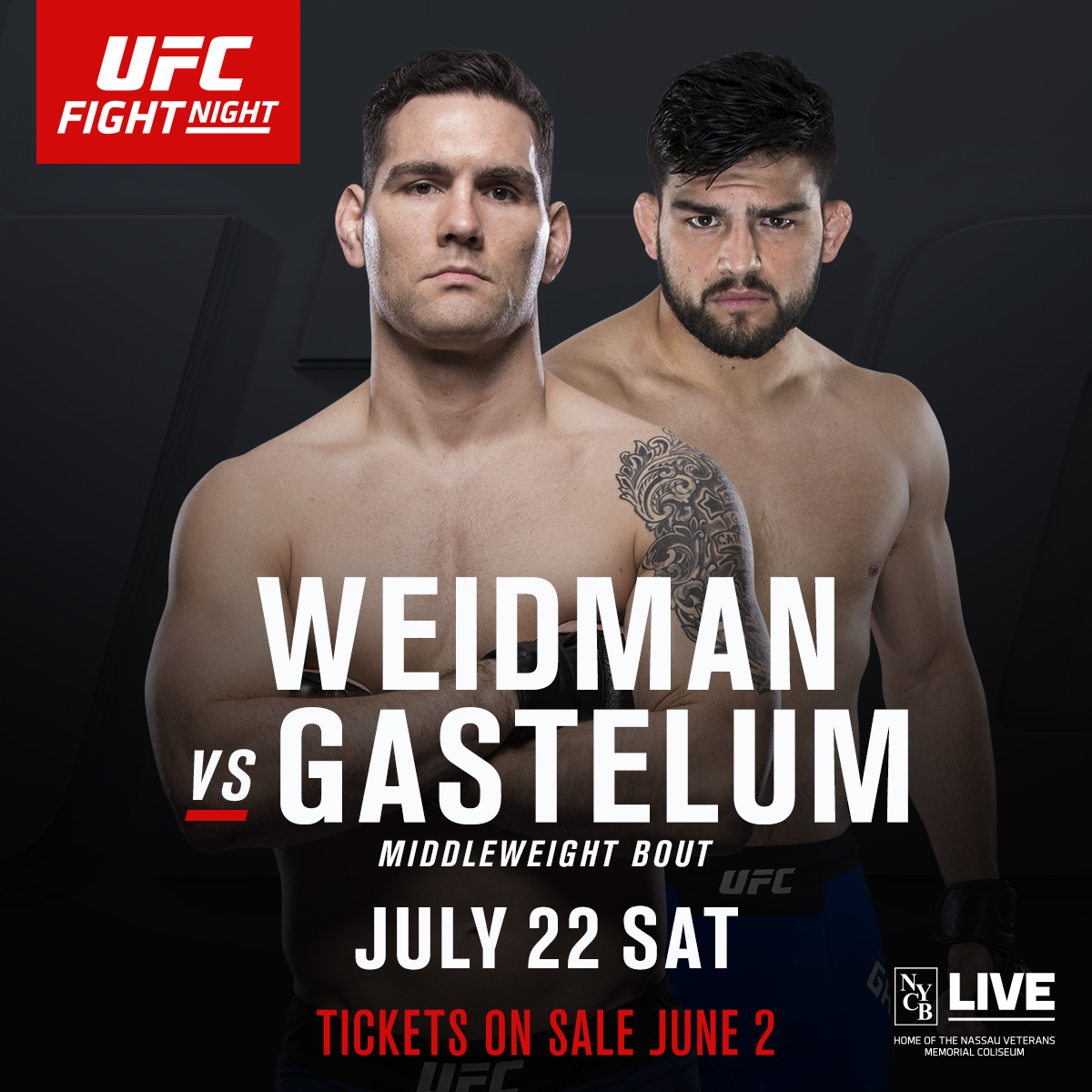 At least there were plenty of handshakes and smiles in the middleweight division, where former 185-pound champion Chris Weidman and Kelvin Gastelum will meet in the UFC on FOX main event at the newly renovated Nassau Coliseum in Long Island on Jul. 22.

There will be plenty of dream matchups starting on May 28 in Stockholm and running through Jul. 29 in Anaheim, with the 63-day lineup currently sporting ten events in six countries with four title fights.