UFC Women's Bantamweight champion Miesha Tate and Game of Thrones writers and producers David Benioff and D.B. Weiss join Matt Serra and Jim Norton on Episode 7 of the UFC Unfiltered podcast. Tate discusses her upcoming title defense against Amanda Nunes at UFC 200 this weekend while Benioff and Weiss talk about the latest season finale of GoT and what's ahead in the popular HBO series. 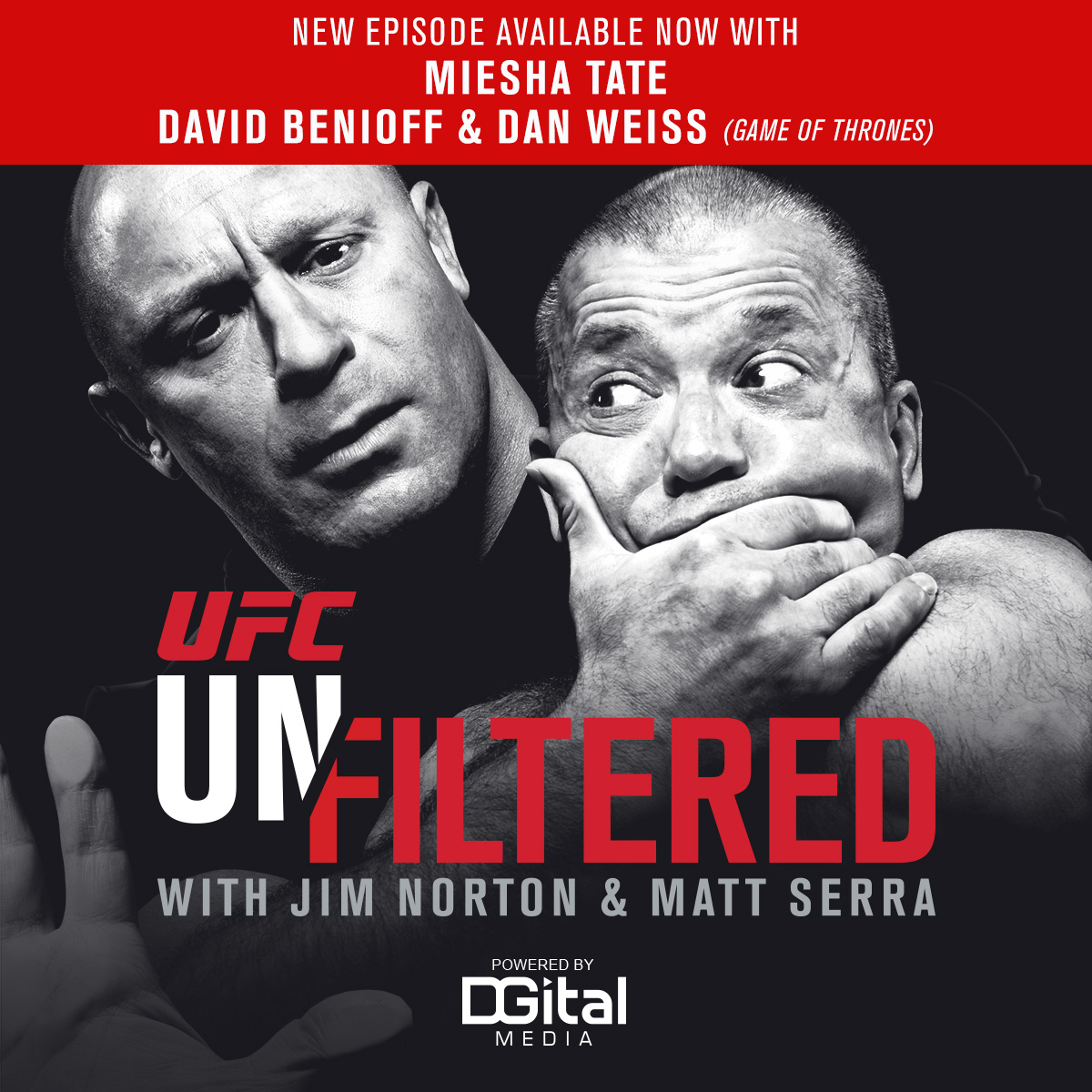 8:30 - What happened when Jim went to watch "The Conjuring 2" over the weekend - and why does he wish he was Dan Henderson?

28:24 - What couldn't you translate from the books into the show?

35:55 - Any chance of a prequel? What will they do after they are done with GoT?

38:55 - Has the network opposed any of the deaths you've planned on GoT?

48:15 - How important is a third fight with Ronda Rousey?

49:40 - How Did Miesha rebound after previous losses?

51:16 - What was the first thing Miesha did after she won the championship?

54:35 - The importance of the proper mentality inside the Octagon.

56:44 - What's the difference between this fight and others for Amanda?

58:27 - What do you tell yourself going into the Octagon if you are the underdog?

59:44 - What did the guys learn from talking with Miesha?