UFC 200 headliner Jon Jones joins Matt Serra and Jim Norton in episode 4 of UFC Unfiltered. The guys discuss UFC 200, why Daniel Cormier is a 'Hater,' and much more. Jim and Matt also break down the Joanna Jędrzejczyk and Claudia Gadelha title match during International Fight Week and much more!

Don't miss out! Get your tickets for one of or all the events coming at you on International Fight Week

Here's what you can listen to:

5:05 - Jim, Matt and Jon take us inside Jackson-Wink training 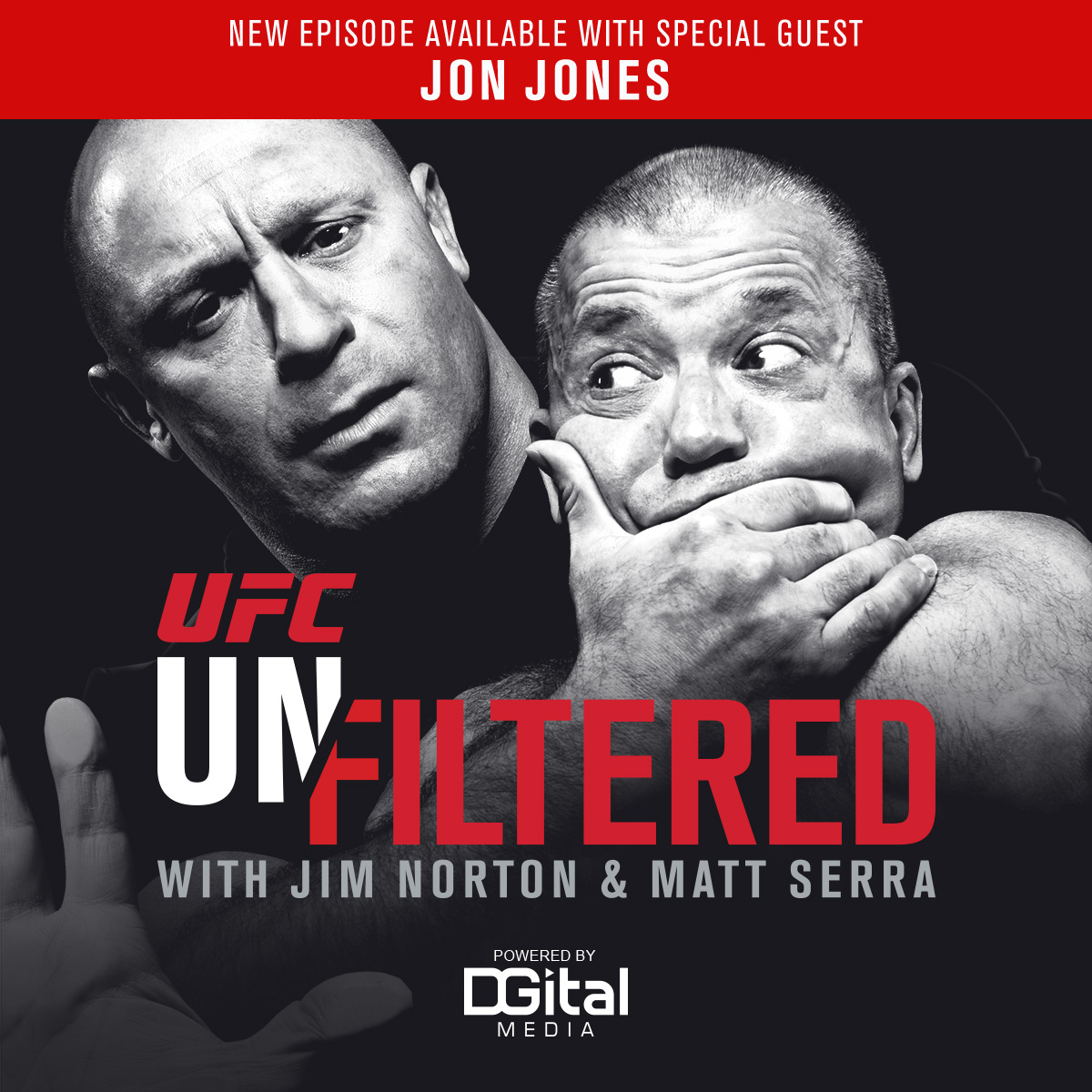 16:02 - What did Jones think of Cormier's wrestling? He explains his "surprise," why he can submit DC, and why the champion's best years are behind him

20:02 - Will Jon move up to heavyweight in the future? Jones discusses his physique and how sobriety has changed his life.

21:31 - Jones discusses how sobriety has made him happier.

25:03 - Jones tells story on how rivalry with DC began

38:28 - How much are the guys looking forward to Las Vegas and UFC International Fight Week?

41:32 - The guys break down The Ultimate Fighter finale main event between Joanna Jędrzejczyk and Claudia Gadelha as well as Will Brooks' debut

52:23 - The guys make their picks in the Jędrzejczyk/Gadelha title fight