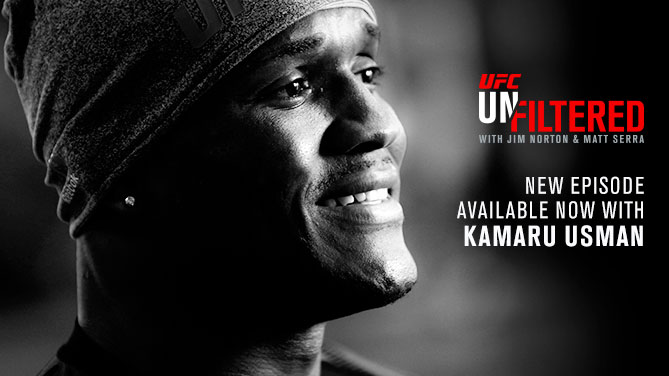 The Nigerian Nightmare, Kamaru Usman, calls in to talk to Jim and Matt about his UFC Fight Night Pittsburgh bout against Sergio Moraes, how he matches up against Tyron Woodley and Wonderboy Thompson, the Blackzilians now training at Combat Club, the possibility of Rumble Johnson returning to the Octagon, and a lot more. Plus, the guys recap all the action from Edmonton at UFC 215.

Kamaru on Sergio Moraes as an opponent

Kamaru on putting hands on everyone in the UFC Welterweight division