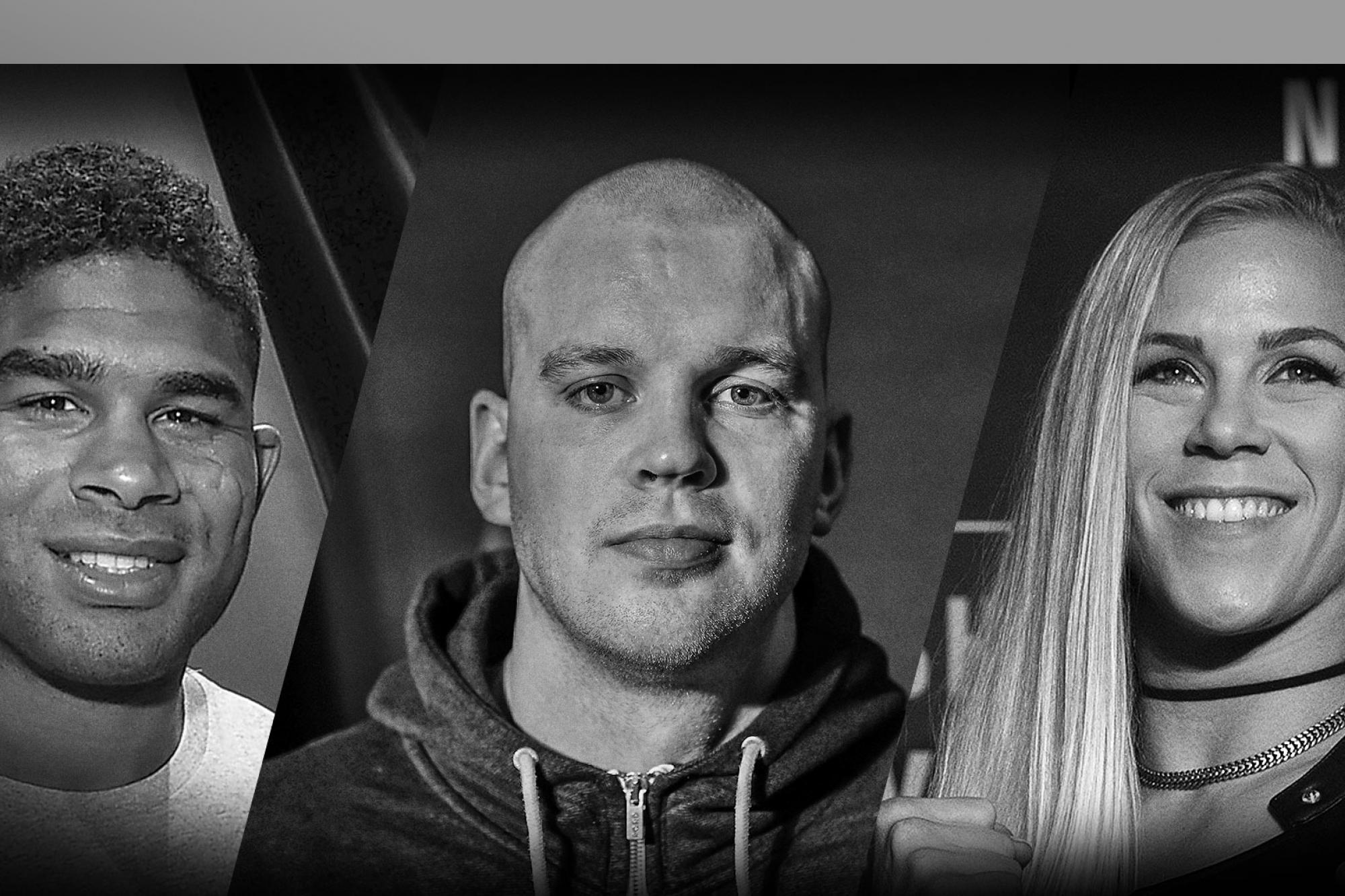 Jim Norton was going to be lonely today, as Matt is in Disney World and all of our usual friends of the show were unavailable. Luckily, Katlyn Chookagian, who just booked a title fight against Valentina Shevchenko, joins us in studio – after an elevator incident!

First, Jim talks about the Conor vs Cowboy news and Tony Ferguson's latest comments about Khabib, including a particularly visceral threat. Plus, he explains why Baby Yoda is just a scam to sell toys.

Then, Katlyn joins, straight from training at Renzo Gracie's.

Jim and Katlyn talk to Alistair Overeem, who talks about his fight with Jairzinho Rozenstruik this Saturday in Washington, DC. What does Overeem think of this late change in opponent? How has changing coaches helped Overeem perform? What advantage does he have with so much main event experience?

Then, Katlyn checks in on her upcoming fight against Valentina “Bullet” Shevchenko, how she's feeling as she begins to train, and keeping it light and positive while training for a title fight.

Then, Stefan Struve, who is fighting Ben Rothwell this Saturday in Washington, DC, joins to talk about why he came back from retirement, how he's staying motivated, and what he expects in preparing to fight a veteran who is looking to reverse a losing streak.

Finally, we managed to book former UFC welterweight champion Matt Serra from Disney World! Matt offers Katlyn some encouragement about fighting in Houston after he had a pretty significant win there in a championship fight of his own.