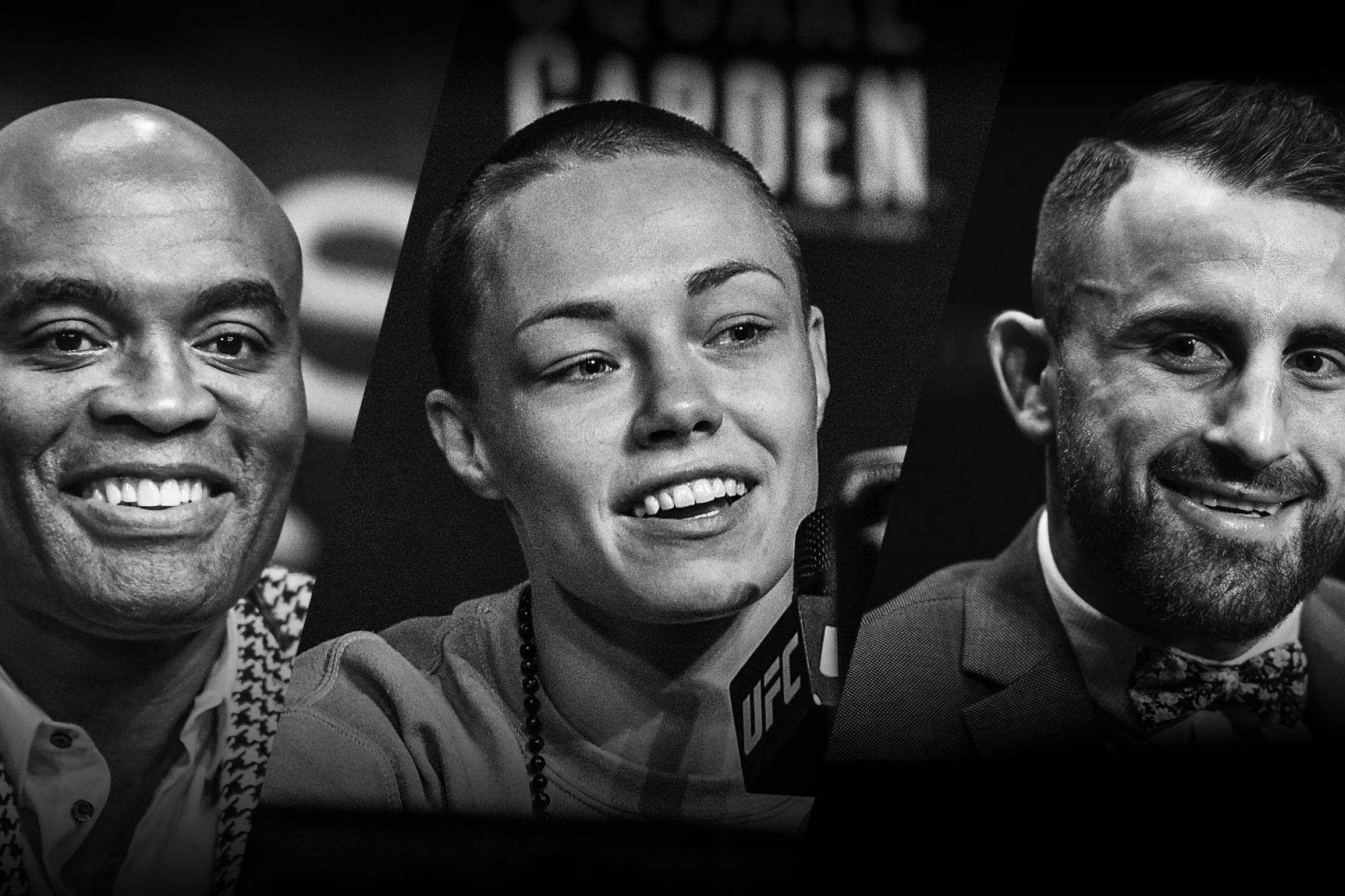 UFC Women’s Strawweight champion “Thug” Rose Namajunas calls in ahead of her second title defense against Jessica Andrade at UFC 237 and talks about fighting in “hostile territory” in Brazil, whether she had to adjust her mindset after becoming champion, her outdoor lifestyle, ice baths, and more. First, Anderson “The Spider” Silva joins the show and discusses Jared Cannonier as an opponent, fighting in Brazil again for the first time since 2012, his motivation to keep fighting, and much more. Then, Alexander “The Great” Volkanovski calls in and talks about the biggest fight of his career against Jose Aldo, why he feels he deserves a title shot before Frankie Edgar, and more. Plus, the guys preview and make their picks for UFC 237, and discuss Tony Ferguson’s potential Octagon return, Yoel Romero vs. Paulo Costa, and more.