UFC light heavyweight champion Daniel Cormier and famed animator/voice actor/producer/writer Mike Judge join Matt Serra and Jim Norton in episode 3 of UFC Unfiltered. There's lots of UFC 200 and Jon Jones talk, as well as discussion of referee controversy and what Beavis and Butthead would've been like inside the Octagon. 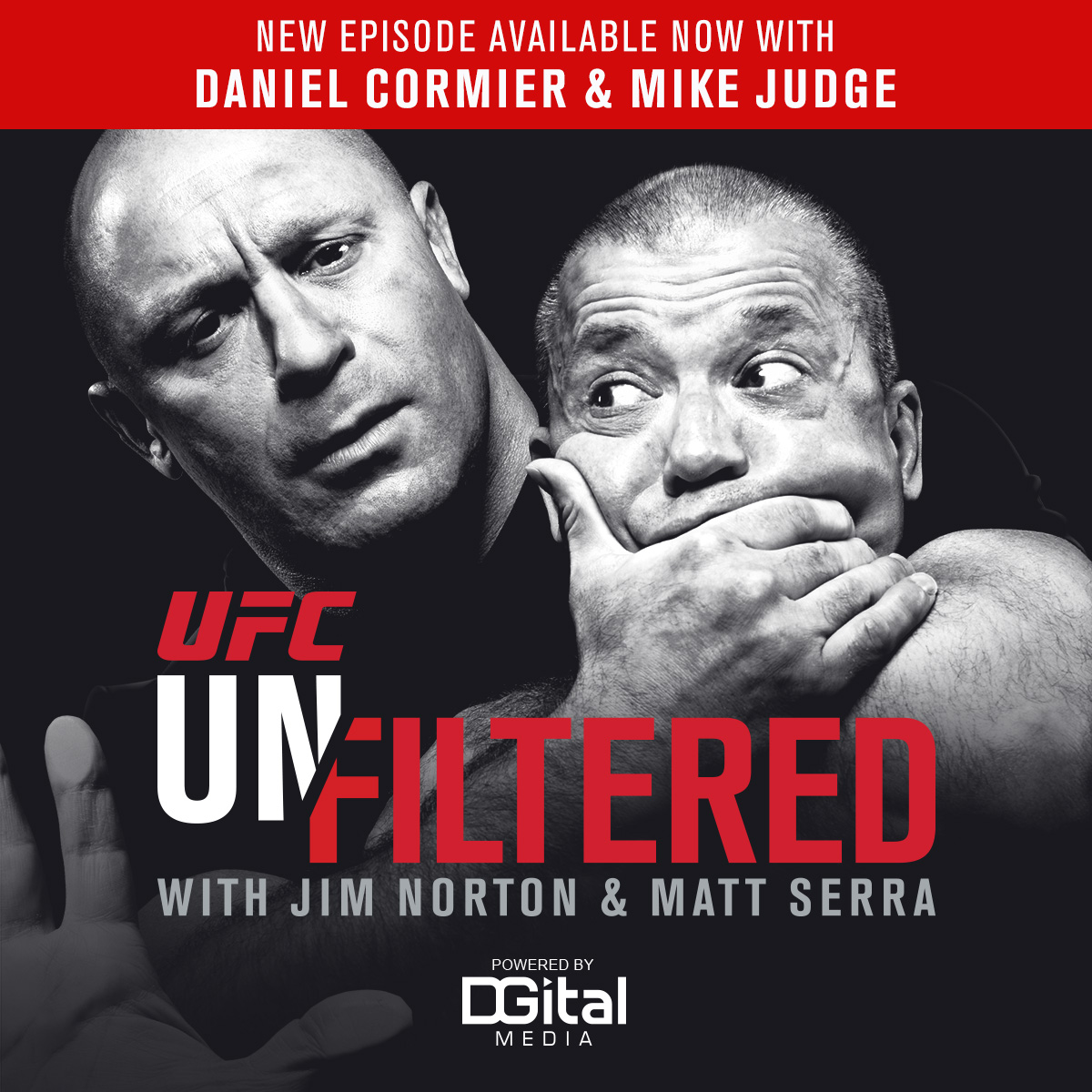 Here's what you can listen to:

0:51 - What happens before Jim and Matt record the Podcast?

7:38 - Matt and DC talk perception vs reality of Jones-Cormier I.

10:50 - DC's thoughts on where momentum changed in Jones-Cormier I.

13:28 - Cormier talks about fighting on same night as AKA Gym teammate Cain Velasquez.

15:44 - DC talks about helping his teammates on fight nights.

22:23 - Is this fight still personal between Cormier and Jones?

32:27 - Serra looks back at Jones-Cormier I and the importance of Velasquez for Cormier.

43:13 - Mike discusses how he became a UFC fan and growing up in Albuquerque.

45:20 - How does Mike get his animation ideas for shows like Beavis and Butthead and King of the Hill?

48:34 - Why do so many women play young male voices in animations?