Newly-crowned Lightweight champion Eddie Alvarez and reigning Strawweight champion Joanna Jedrzejczyk join Jim and Matt this week to talk about their big wins last week. Plus, the guys talk about their experiences in Vegas, the sale of the UFC, running into Jon Jones after UFC 200, and Jim talks about his uncomfortable encounters with Alistair Overeem. 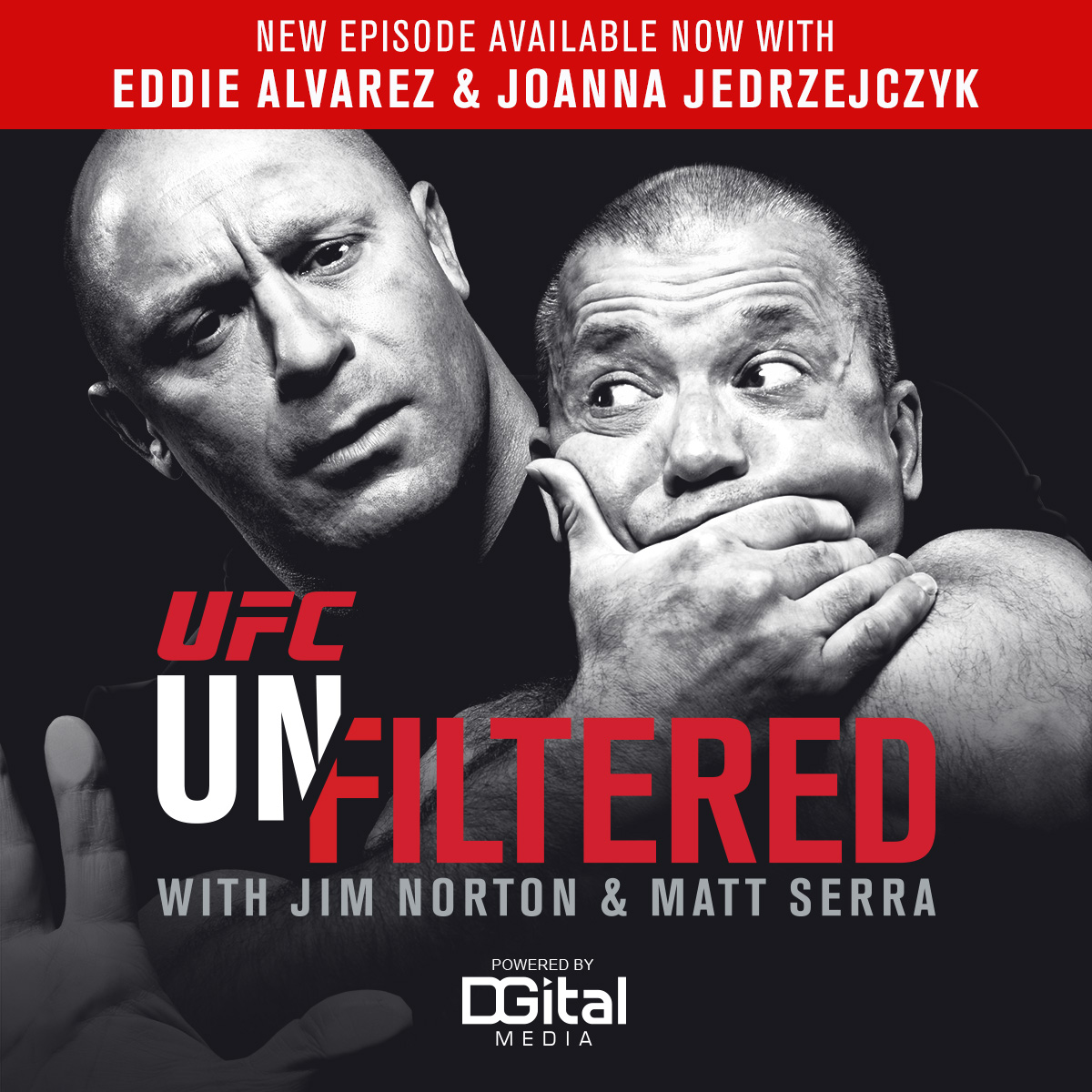 12:20 - The impact of coach Mark Henry on Eddie Alvarez in the lead-up to title fight.

18:35 - Does it feel different to be champion in UFC versus other organizations? Has Eddie watched his championship fight again?

23:25 - Looking back at Eddie's first professional fight, how he paid to fight - and why Matt Serra's part of the story.

26:25 - Eddie talks about his roots in Philadelphia.

37:15 - How Alistair Overeem helped Eddie name one of his children.

47:30 - Matt gives us a behind-the-scenes look at the new "Dana White: Lookin' for a Fight Los Angeles"

1:07.01 - Joanna takes us inside her fight with Claudia Gadelha

1:10.18 - What does Joanna do for cardio that makes her seemingly better than all her rivals?

1:12.33 - Joanna talks about how Conor McGregor, Robbie Lawler, Dana White and Lorenzo Fertitta gave her power during her title fight.

1:17.34 - The champion talks about breaking her hand twice in recent fights.