Only this time, it was up to the fans 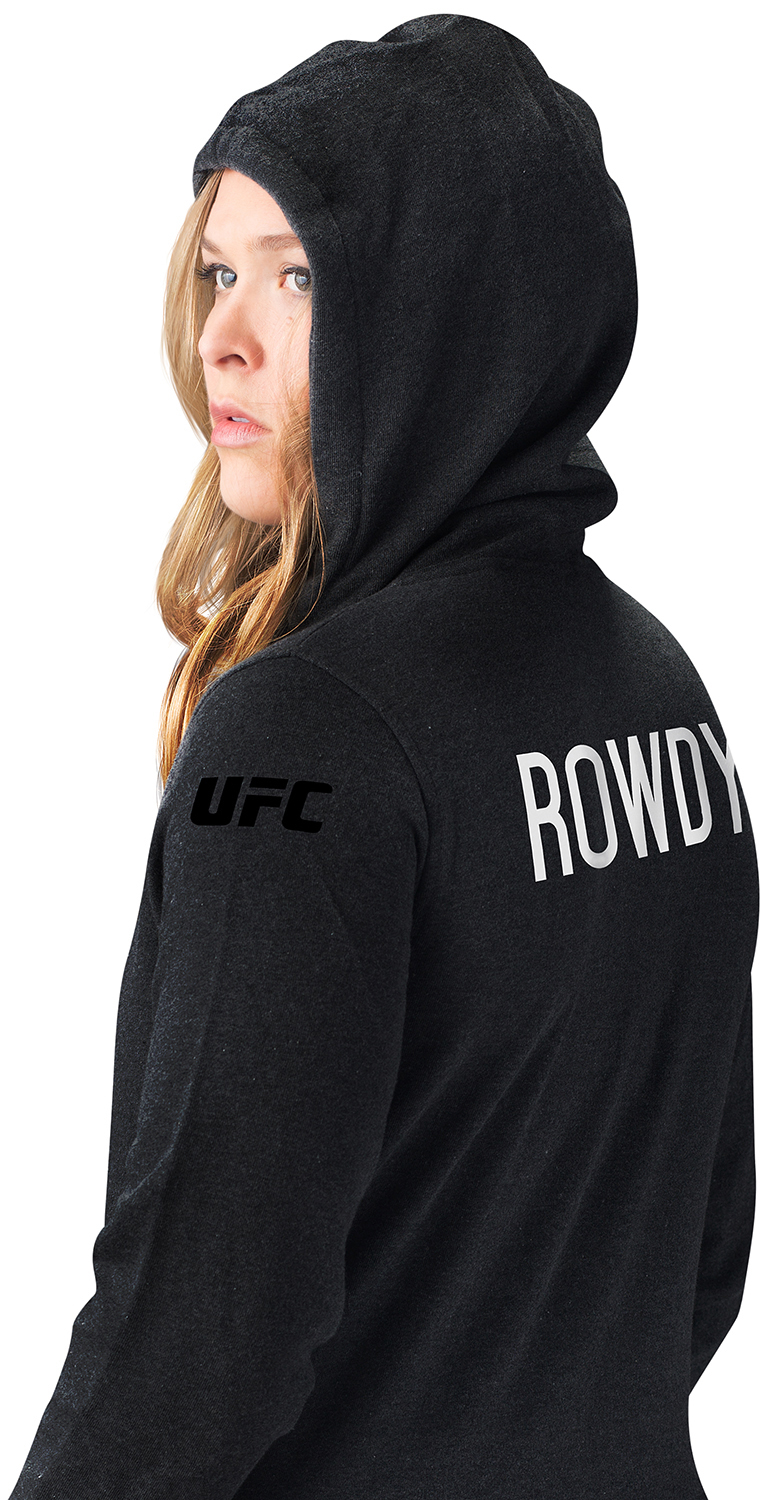 Las Vegas, Nevada – The UFC®, along with UFC women’s bantamweight champion “Rowdy” Ronda Rousey, are happy to announce they have selected a winner for the Ronda Rousey Walkout T-Shirt Design Contest.  In October 2014, the UFC called upon all fans, artists and designers to show off their creativity by submitting an original design to be worn by Rousey during her walkout at UFC® 184: ROUSEY vs. ZINGANO in Los Angeles.
Over 1,000 designs were submitted by UFC fans from all over the country. Rousey and the UFC panel of judges hand-picked the winning design based on two criteria: 50-percent creativity/originality and 50-percent on the submission that best captures Ronda Rousey’s personality.
“Thanks to everyone who submitted their designs for the contest. There were so many amazing options and I’m really excited to walkout wearing the winning design at UFC 184 because it perfectly represents my style and personality,” Rousey said.
Along with the recognition of being the creator of the official walkout shirt, the winning contestant receives the Ultimate UFC Pack. This prize pack includes an EA Sports™ UFC® VIP Kit (Sony PlayStation® 4 and controllers, a copy of EA SPORTS UFC, and Century UFC fight gloves in an Octagon™ container), Monster UFC Octagon™ headphones and earbuds, 10 walkout t-shirts with the winning design and one walkout t-shirt autographed by Ronda.
The undefeated Rousey (10-0, fighting out of Venice, Calif.) will be wearing the winning design as she enters the Octagon® to defend her title against fellow unbeaten and No. 1 contender Cat Zingano (9-0, fighting out of Broomfield, Colo.) at UFC 184 live at STAPLES Center in Los Angeles on Saturday, Feb. 28.
Men’s, Women’s and Youth T-shirts, Unisex Zip Up Hoodies and Hats with the winning design will be available for purchase online starting today at the UFC Store.
Tickets for UFC® 184: ROUSEY vs. ZINGANO, presented by Bud Light, are on-sale now. Tickets are available for purchase online at www.staplescenter.com, via axs.com, or by phone at 888-929-7849, and are available at the STAPLES Center Box Office. Ticket sales are limited to eight (8) per person. Ticket prices do not include applicable service charges.
UFC®184: ROUSEY vs. ZINGANO, presented by Bud Light, will be available live on Pay-Per-View at 10 p.m. ET/7 p.m. PT on UFC.TV, iN DEMAND, DirecTV, DISH Network, Avail-TVN, and in Canada on BellTV, Shaw Communications, Sasktel, and Viewer’s Choice Canada for a suggested retail price of $44.99 US/$49.99 CAN for Standard Definition and $54.99 US/$59.99 CAN for High -Definition.