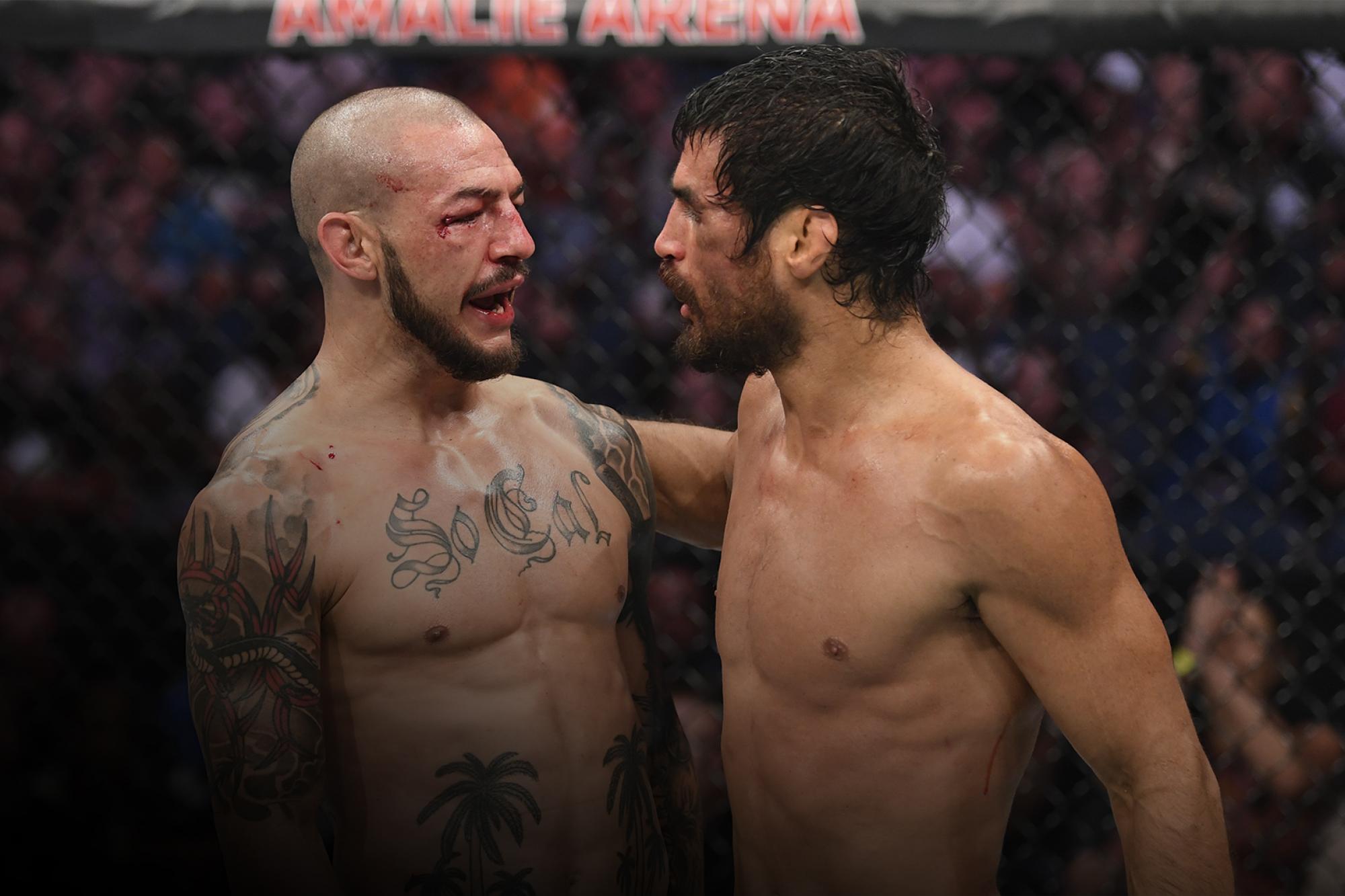 Did anyone anticipate three rounds of phone booth dirty boxing between Cub Swanson and Kron Gracie?

Swanson and Gracie never slowed down, with both fighters landing blow after blow in the center of the Octagon. Swanson kept ripping Gracie to the body but Gracie kept walking toward him like a zombie. But by the time the final seconds came off the clock it was clear that Swanson had earned himself an important victory.

And you could feel just how relieved he was to get back into the win column. Swanson let his emotions flow, reminding spectators just how taxing and difficult the fight game can be.

All the talk in the lead up to this fight was about how Swanson would handle Gracie's ground game. But it was clear that Gracie wanted to show his standup game and heart. He earned a lot of respect last night, and regardless of the outcome he has a great future at featherweight.

Niko Price is actually a hybrid. He lived up to his reputation as one of the most exciting fighters in the UFC by knocking out James Vick with an upkick. It was only the second finish of its kind in UFC history, with the other one taking place back in 2006 when Jon Fitch knocked out Thiago Alves.

Price's energy and his willingness to take risks has helped him secure some improbable finishes and this one over Vick is his best yet.

With a lot going on at welterweight, Price is an interesting piece to the puzzle. He's dangerous for everyone and he still wants that fight with Mike Perry.

Could you imagine those two throwing down? Jeez.

If you line them up, Chito Vera will take them out. The bantamweight division should be keeping their eyes on Chito and his ability to finish fights.

Chito has finished five straight opponents, and he now has seven finishes in the division. That ties him for second all-time with Urijah Faber (TJ Dillashaw is first all-time with eight).

Chito is only 26 and he has thirteen UFC fights already, but it's time for him to get some respect and take a shot at a ranked opponent.