Stephen Thompson isn’t just the likely next contender for the welterweight title; “Wonderboy” is one of the most lethal strikers in the UFC.

Even his UFC peers are impressed with his skills.

“When you have someone like Wonderboy here you may as well use him to the best of his ability – which is striking,” said UFC middleweight Elias Theodorou, who is a guest fighter with Wonderboy in Vancouver this week ahead ofUFC Fight Night: Maia vs Condit.

Thompson, Theodorou and Joseph Benavidez put those skills to use as they visited Diaz Combat Sports Thursday as part of the We Are All Fighters campaign -- a UFC social responsibility initiative designed to make a positive impact in communities the UFC visits. They led a mixed martial arts skills demonstration for athletes from Special Olympics British Columbia.

“Special Olympics is a worldwide sports movement that provides opportunities for individuals that have an intellectual disability to grow and learn and to gain confidence through sport,” said UFC Executive Vice President and General Manager of Canada, Australia and New Zealand Tom Wright.

“It is a year-round program that has its roots in communities. So it is grass roots oriented and it happens every day and every week in communities big and small, not only in Canada but around the world.”

The UFC fighters held pads and taught technique in striking to the Special Olympic athletes from various sports. Benavidez was impressed with the skill level all around in the gym, but also wasn’t surprised because he is always excited to work with other athletes.

“These guys were awesome,” Benavidez said. “They’re all athletes in their own given sports, but we came in and showed them what we do. It’s always great to get some other athletes and show them what we do. When everyone athletes here it’s nice to go mix it up in other sports worlds.” 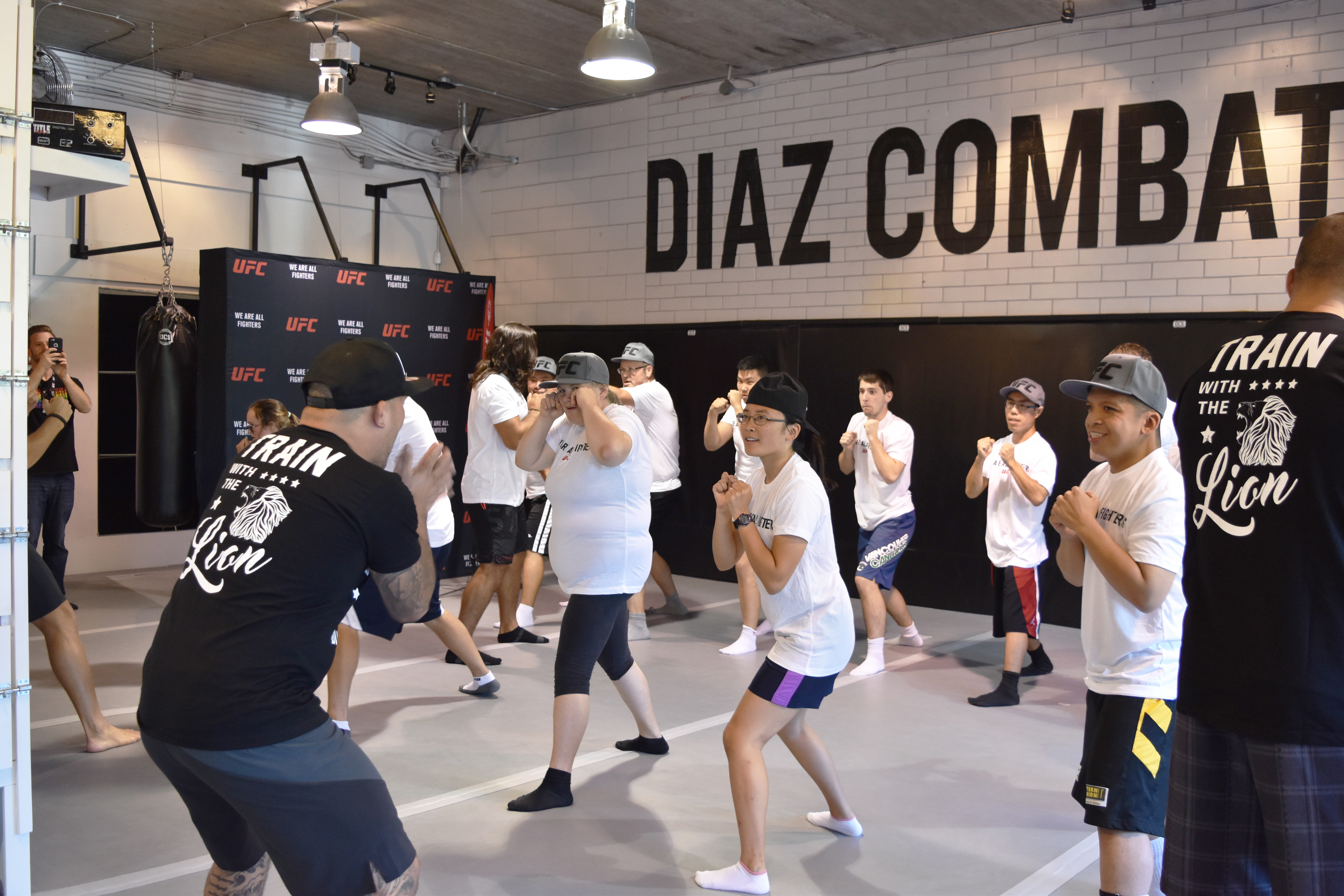 Special Olympics BC president Dan Howe was amazed at how well the athletes took to the mixed martial arts trainings.

“Just watching the interaction between the athletes and the fighters is tremendous,” he said. “They’re right in there talking to the athletes, giving them tips about fitness in general and moves. Our athletes are just eating it up. We’re more than happy to be involved with the UFC.”

Wonderboy is a coach at his school Upstate Karate in South Carolina, so he was excited to lend his expertise during the workout. He was also pumped to watch the Special Olympics athletes in action.

“They came out and got to work with me, Mr. Benavidez and my buddy Elias,” Thompson said. “Some UFC fighters today teaching some really cool kicking and punching skills – they had a blast. This is great to actually give back to the community here in Canada. Just to give back – I had a good time.”