THE BIGGEST STARS OF THE UFC® TAKE CENTER STAGE IN LAS VEGAS ON NOV. 17 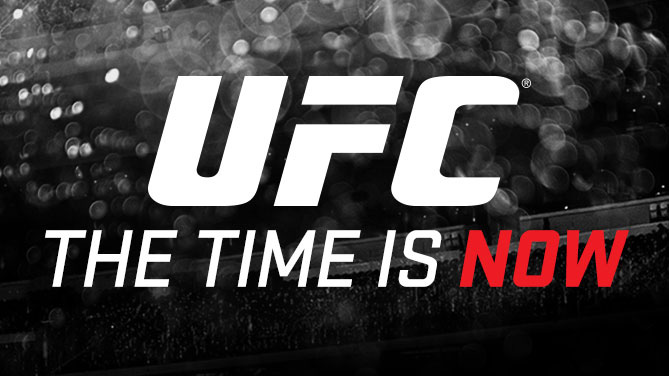 Las Vegas, Nevada – The stars of the UFC® will converge in Las Vegas alongside UFC President Dana White to launch an incredible slate of upcoming events. THE TIME IS NOW launch will feature the largest compilation of champions, contenders and main event headliners on the same stage. The event, which is free and open to the public, will take place at The Smith Center for the Performing Arts at 2 p.m. PT on Monday, Nov. 17, and will be streamed live on www.ufc.com.
As the UFC spans the globe with incredible live events from December’s Fight Night in Brazil to UFC® 184 in Los Angeles in February, the time is now to gear up for an epic stretch of fights inside the iconic Octagon®. For the first time ever, the UFC will also unveil its entire 2015 calendar and make a very special announcement.
Tickets for UFC Fight Night™ in Boston will be available on Thursday, Nov. 20, while tickets to UFC® 182, UFC® 183 and UFC® 184 will go on sale Friday, Nov. 21. For more information, please visit http://www.ufc.com/event-ticket-info.
THE TIME IS NOW launch includes:
UFC FIGHT NIGHT™: MACHIDA vs. DOLLAWAY
Saturday, Dec. 20 at Ginásio José Corrêa in Barueri, São Paulo, Brazil