If Friday is any indication, the UFC will be welcomed back to New York City anytime.

UFC heavyweight champion Stipe Miocic, Hall of Famer Matt Hughes and Bruce Buffer, the Voice of the Octagon, rang the closing bell at the New York Stock Exchange as part of the organization's New York State debut. The visit was historic for not only the UFC, but also for the stock market as the Dow Jones Industrial Average closed at a historic high.

“It’s the pinnacle of a historical moment in the evolutionary process of the UFC,” said Buffer, who has been introducing fighters inside the Octagon for over 20 years. “This is it. This is the biggest moment ever, starting with tomorrow night and from there we are going upwards and farther. This is really history all the way.”

The ceremonial ringing of the NYSE Closing Bell caps off a great welcome by New York State for the UFC, which is now welcome to hold MMA events in the city and state following years of political roadblocks. Saturday’s UFC 205 event will be the first, with future visits already scheduled in Albany (Dec. 9) and Brooklyn on Feb. 11, 2017. 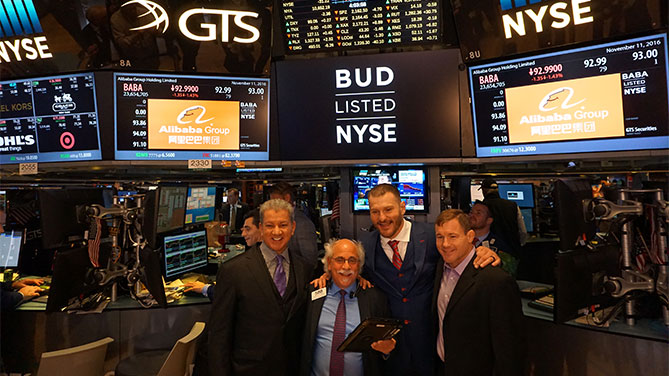 For UFC veterans such as Hughes, seeing the UFC celebrated on an iconic stage like the NYSE is symbolic of the organization’s massive growth over the past two decades.

“I knew it was going to go big, I really did,” said Hughes, who now serves as Vice President of Athlete Development and Government Relations for the company. “UFC was very smart in (creating) The Ultimate Fighter and then getting on free TV with the Spike deal right off the bat. With those two it really catapulted this sport up.

"UFC is the only sport I know that it doesn’t matter what broadcast it is, people will sit and watch two people fight. It’s just that dynamic of our sport, As Dana White says it’s in our DNA to want to watch two guys fight."

“It’s awesome,” Miocic said of his Closing Bell experience. “I’ve seen it on TV but I never knew any of this went on. It was a fun time, people here were amazing and they took us in. They are just great people. It was a great experience. I hit the gavel, Matt (Hughes) got to push the buzzer, it was hectic!” 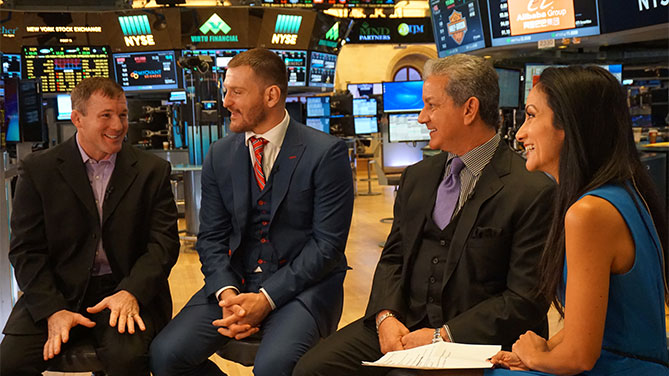