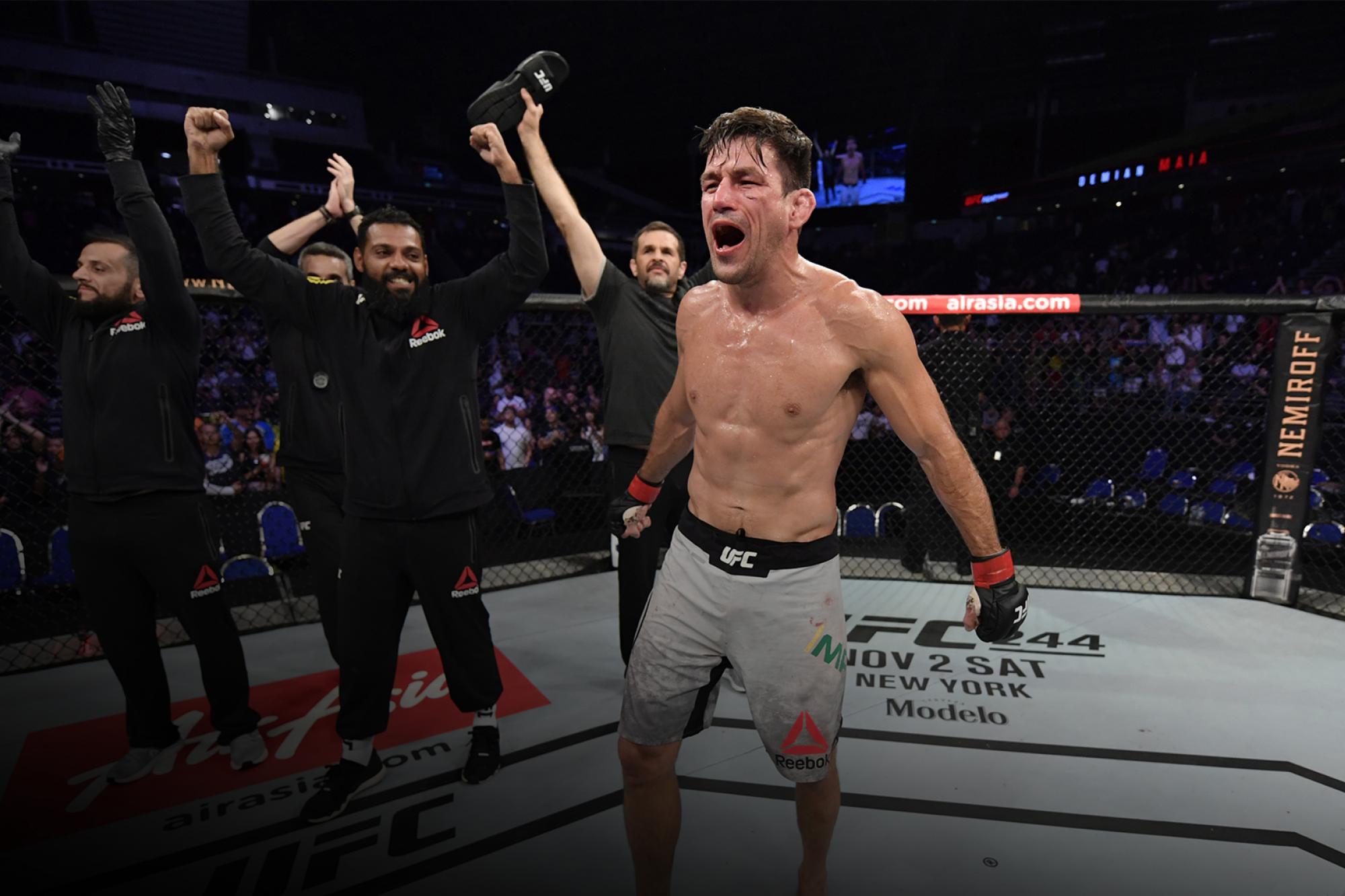 The Talking Points and Bonus Winners of UFC Singapore
By Gavin Porter, on Twitter: @PorterUFCnews • Oct. 27, 2019
Fight of the Night
Demian Maia vs Ben Askren

The battle to determine the best grappler in MMA started off as a standup showdown, with both Demian Maia and Ben Askren having their moments. But, as expected, the fight really heated up once the two welterweights hit the canvas.

Scrambles and submissions were a spectacle and much to the delight of the fight fans of Singapore, some slick work from Maia would lead to a finish in the third round. Askren took Maia down but Maia quickly reversed the position, secured a body lock, got both his hooks in and then locked up the rear naked choke for the win.

It was an impressive showing from Maia and extended his win streak to three. It will be interesting to see what’s next for the veteran but no matter what it will be, Maia will certainly bring his stellar ground game to the table.

With the submission victory, Maia moved himself into second place on these prestigious UFC lists:

Performances of the Night
Ciryl Gane

If you don’t know who Ciryl Gane is, look him up and get on the hype train.

Not only does he look like an absolute beast, but he is one. Gane mowed through Raphael Pessoa in his UFC debut and obliterated Don’Tale Mayes for over fourteen minutes before selling out for a heel hook just before the final horn. Gane’s attempt was deep and forced an immediate tap from Mayes. The fighter from France remained undefeated and definitely raised the intrigue around his future at heavyweight.

Keep your eyes on Gane heading into 2020.

Talk about things going according to plan. Beneil Dariush couldn’t have had a smoother night than he did at UFC Singapore. Dariush calmly took the tough Frank Camacho to the ground, made a couple moves and sunk in the rear naked choke. Great work from Dariush and shows why he used to have a number by his name in the top fifteen.

Dariush now has put together a nice three-fight win streak, with finishes over Drew Dober and Camacho. The fighter out of Kings MMA has plans to get married in February, so he’s still a little up in the air about what’s next for him.

Whatever it is, it’s going to be exciting.