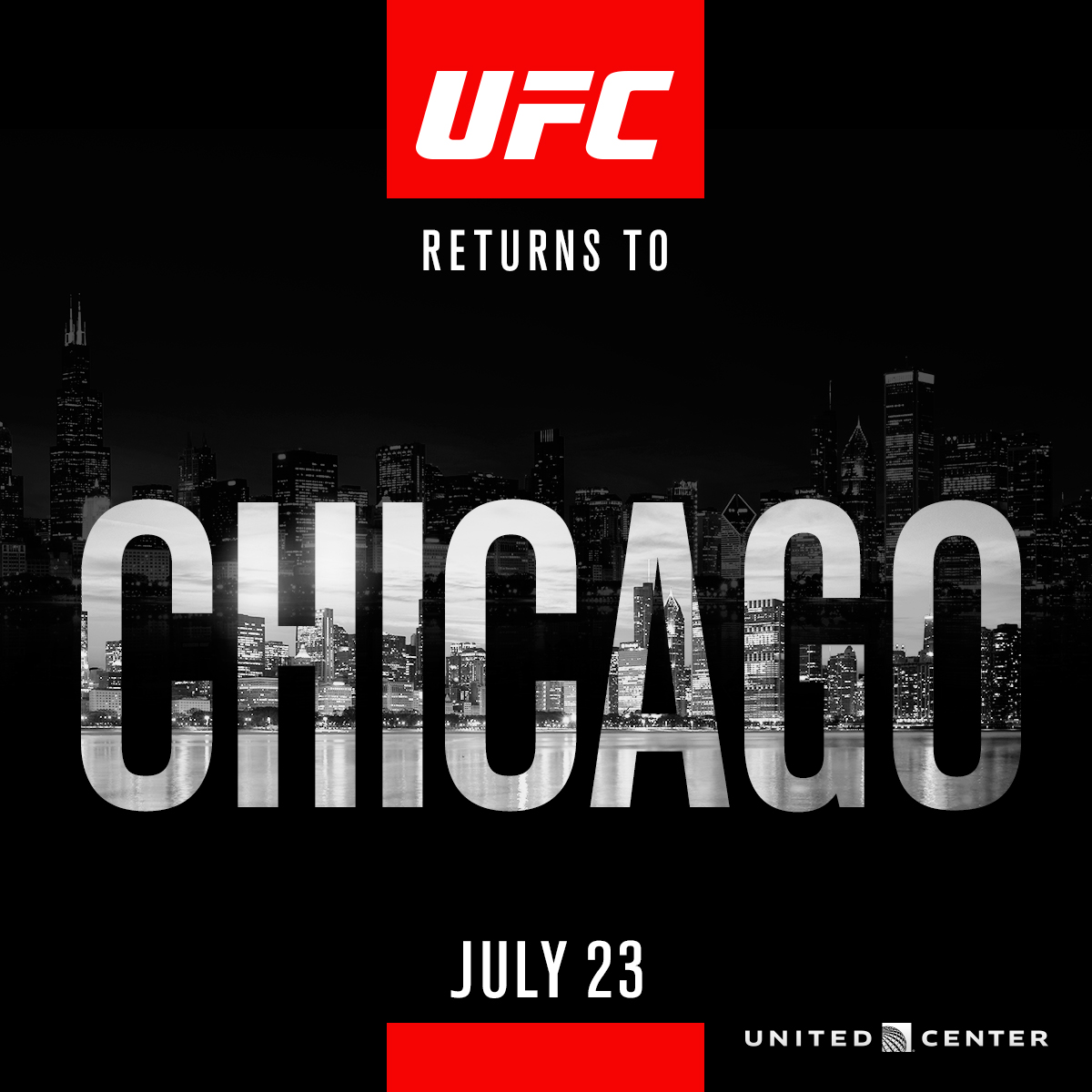 The UFC will be back in the Windy City this summer, as the promotion announced today that the United Center will host the next FOX-televised event in Chicago on Saturday, July 23.

No fights are ready to be revealed at this time, but stay tuned to UFC.com for fight card announcements and ticket information.

In the UFC's last visit to Chicago on July 25, 2015, TJ Dillashaw and Renan Barao met in a bantamweight championship rematch won by Dillashaw, and Miesha Tate defeated Jessica Eye.