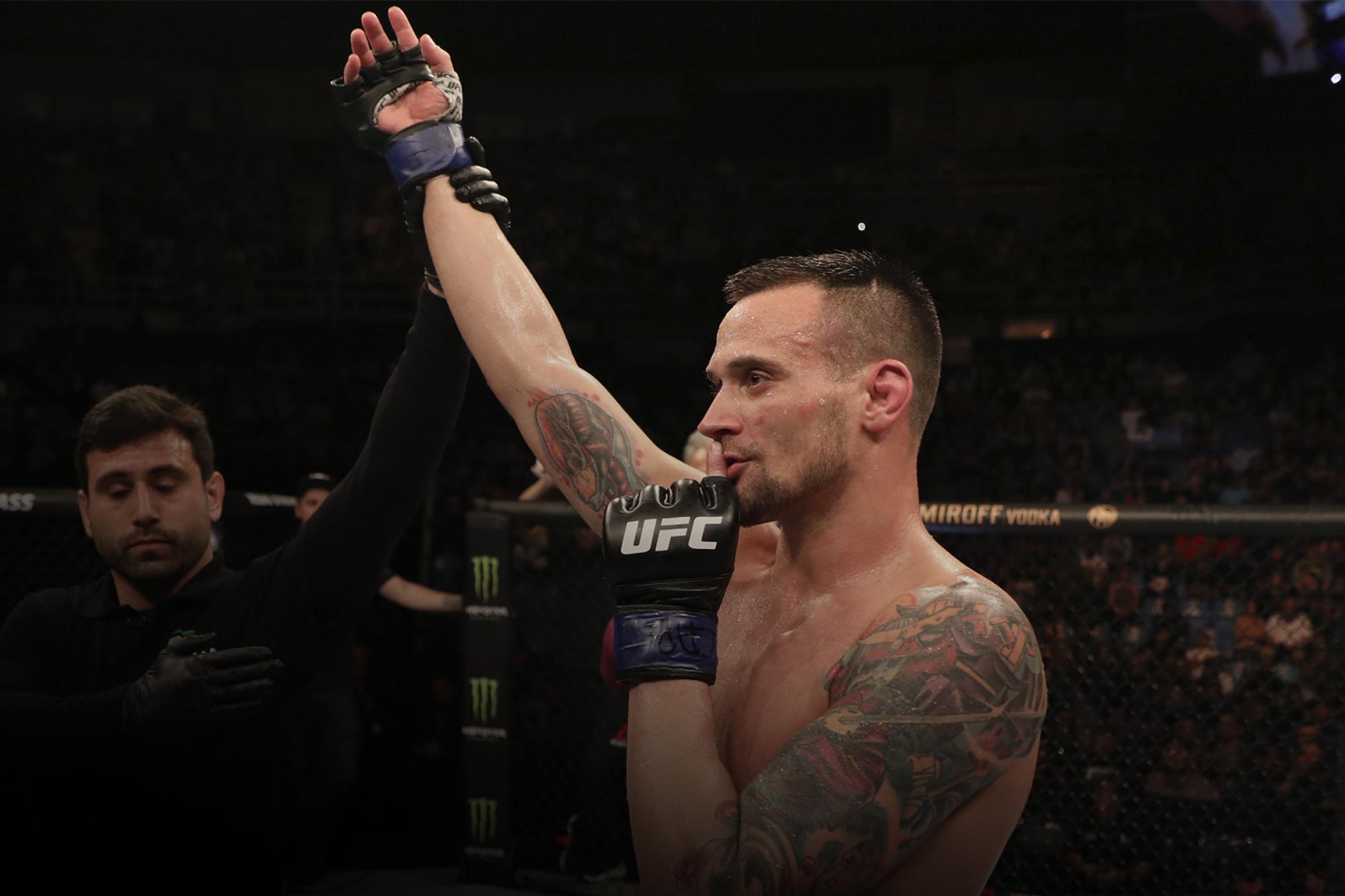 Who were the big winners from UFC Sao Paulo? Check out this edition of The Scorecard
By Thomas Gerbasi • Nov. 18, 2019

Saturday’s UFC Sao Paulo event is in the books, and now that the dust has settled in Brazil, it’s time to go to the scorecard to see who the big winners were at Ginásio do Ibirapuera.

Maybe it’s because Charles Oliveira goes off the radar after his fights are done, but I don’t know if the fans truly appreciate the run that he’s on. Since moving back to lightweight in 2017, Oliveira is 7-1 with seven finishes in one of the toughest divisions in the UFC. And now the man with the most submissions in UFC history is knocking people out. That’s a remarkable streak any way you slice it, and did I mention the six post-fight performance bonuses in those eight fights? And while I don’t see Oliveira getting a Conor McGregor fight next, a rematch with the only man to beat him in his return to 155 pounds – Paul Felder – would certainly be worthy of a fight night main event sometime in 2020.

The assumption in combat sports was always that the fighter who needed this to put food on the table was the most dangerous when the bell rang. James Krause is putting that old adage to rest, having won his last six trips to the Octagon, a stretch only broken up by a TUF semifinal loss to Jesse Taylor in 2017. As he’s won fight after fight, he’s done so while running a successful gym and also putting his money to work for him through other investments. In other words, if he walked away today, the Krause family would be doing just fine. And that’s a freedom that allows Krause to do this because he wants to, and in his knockout of Sergio Moraes, he looked like someone enjoying the heck out of fighting. What a place to be in.

Ricardo Ramos was a heck of a bantamweight, going 4-1 in the Octagon while defeating the likes of Michinori Tanaka, Aiemann Zahabi and Kyung Ho Kang, but if his Saturday win over the previously unbeaten Eduardo Garagorri was any indication, his future is at 145 pounds, a division he flirted with before he made it to the UFC. He was undefeated in all his previous bouts above 135 pounds, and he has the tools to make his move at featherweight once again.

More than three years into his UFC run, Randy Brown looks to have finally reached the point where he’s ready to make a run at the top 10 in 2020. And while he’s always had the talent, consistency has been an enemy of New York’s “Rudeboy,” and he has the 6-3 Octagon record to prove it. But with back to back finishes of Bryan Barberena and Warlley Alves, Brown has shown the world that when he’s on, he’s a threat to anyone at 170 pounds.

Hey, a win’s a win and Jan Blachowicz will take it, and whenever you can beat a world-class contender like “Jacare” Souza, that’s a nice feather for the cap. Having said that, it will likely take another win for the Poland native to get a shot at Jon Jones’ belt, because while he left Sao Paulo with his hand raised, the spectacular wins turned in by fellow contenders Dominick Reyes and Corey Anderson over Chris Weidman and Johnny Walker, respectively, have to have them in the lead for a 2020 fight with Jonny Bones, leaving Blachowicz to make his case more definitively in his next bout.