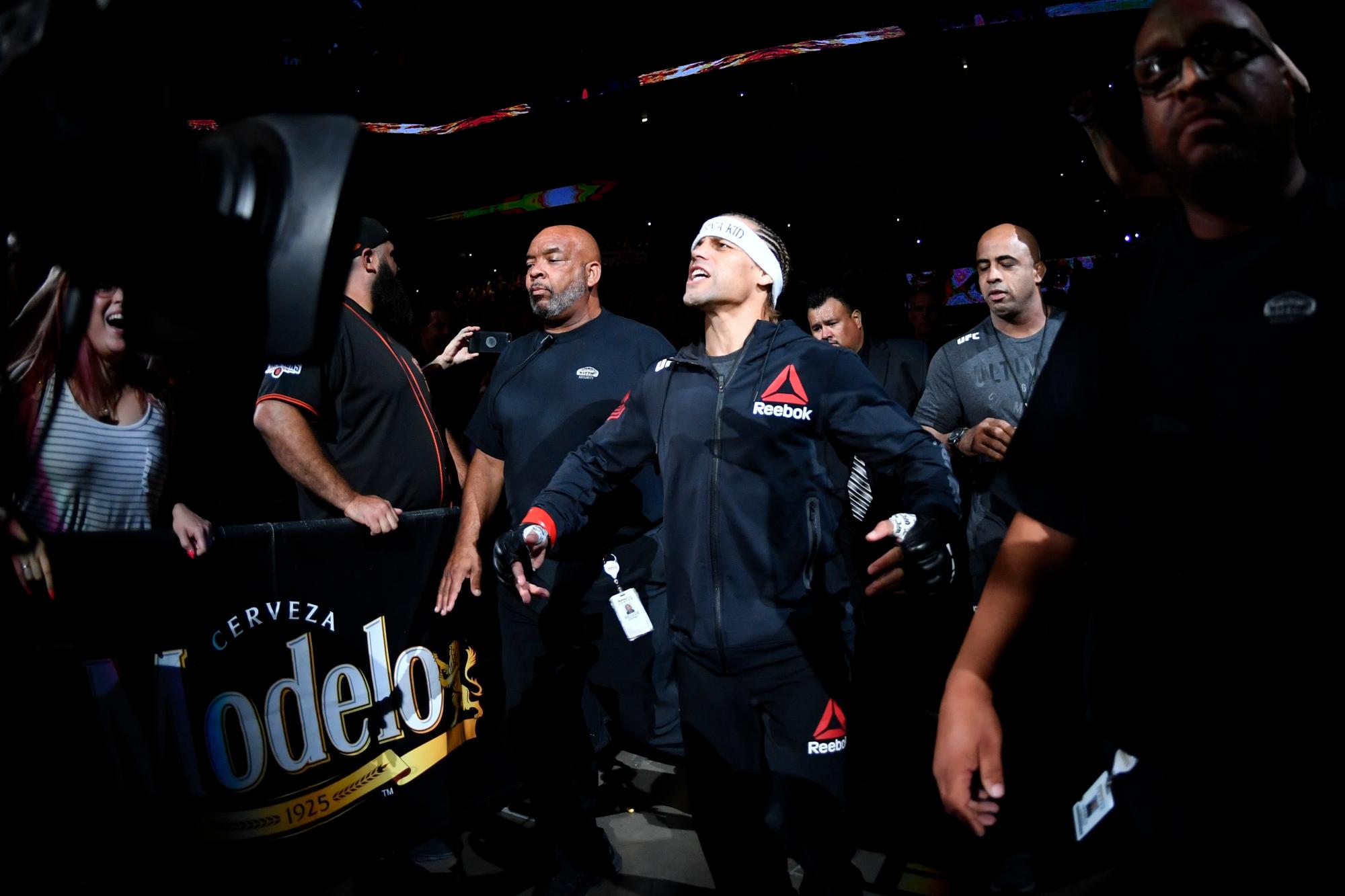 Saturday’s UFC Sacramento event is in the books, and now that the dust has settled in California, it’s time to go to the scorecard to see who the big winners were at Golden 1 Center.

When Urijah Faber announced that his retirement was over, it wasn’t met with the usual groans these announcements get because a) Faber never stopped moving and b) He appeared to have something left in the tank when he walked away from the sport. And if he was taking a tough kid like Ricky Simon in his first fight back, he was serious about this whole comeback thing. And yeah, in the time it took to write that, he ended Simon’s night. Faber could not have had a better performance in his return, and if it gets announced that he’s going to challenge for Henry Cejudo’s title next, you will get no complaints from me.

Say what you want about the stoppage of Saturday’s main event. The bottom line is that after dropping and stunning Aspen Ladd, Germaine de Randamie was likely a punch or two away from a finish, regardless. So with that out away, let’s appreciate one of the most gifted strikers in the sport and one who got to show those gifts off briefly in Sacramento. And whether at featherweight or bantamweight, I know I’m ready to see “The Iron Lady” challenge the elite, because as long as she throws those hands and feet, she’s something to see. One more thing: kudos to Ladd for taking her loss with class. She’ll be back.

Though the world may not know it yet, Andre Fili is one of the most interesting fighters on the UFC roster. With a unique approach to life and the sport, the Californian has all the attributes to be a star…when he finds the consistency needed to make a featherweight title run. And friends, that consistency may be here. With his knockout of Sheymon Moraes, Fili has now won two in a row and four of his last five, with the only loss a controversial decision to Michael Johnson. Top ten contender next? I’m guessing that’s what Fili will be demanding.

Josh Emmett hasn’t had an easy road over the last couple years. Sure, he’s won four of his last five, the last three victories coming by knockout. But after his 2018 loss to Jeremy Stephens, it was a long recovery from injuries suffered in that fight that had many – including Emmett – wondering if he would ever fight again. But Emmett is back, and after knocking out Michael Johnson and Mirsad Bektic in back-to-back bouts, he’s a legitimate title threat who may be one win more away from making his case for a crack at the crown.

Let’s be honest – Ryan Hall’s first two UFC wins over Artem Lobov and Gray Maynard weren’t particularly compelling. The Maynard bout was particularly painful to watch. But after a quick win over BJ Penn last December, Hall put on an entertaining three-rounder in defeating Darren Elkins. Throwing spinning kicks, landing crisp shots with his left hand and always looking to grab a submission, Hall doesn’t appear to be a strict jiu-jitsu player anymore. Instead, he’s using all the tools at his disposal to get a finish, and that makes him a very dangerous featherweight.