UFC returns to Pittsburgh in September 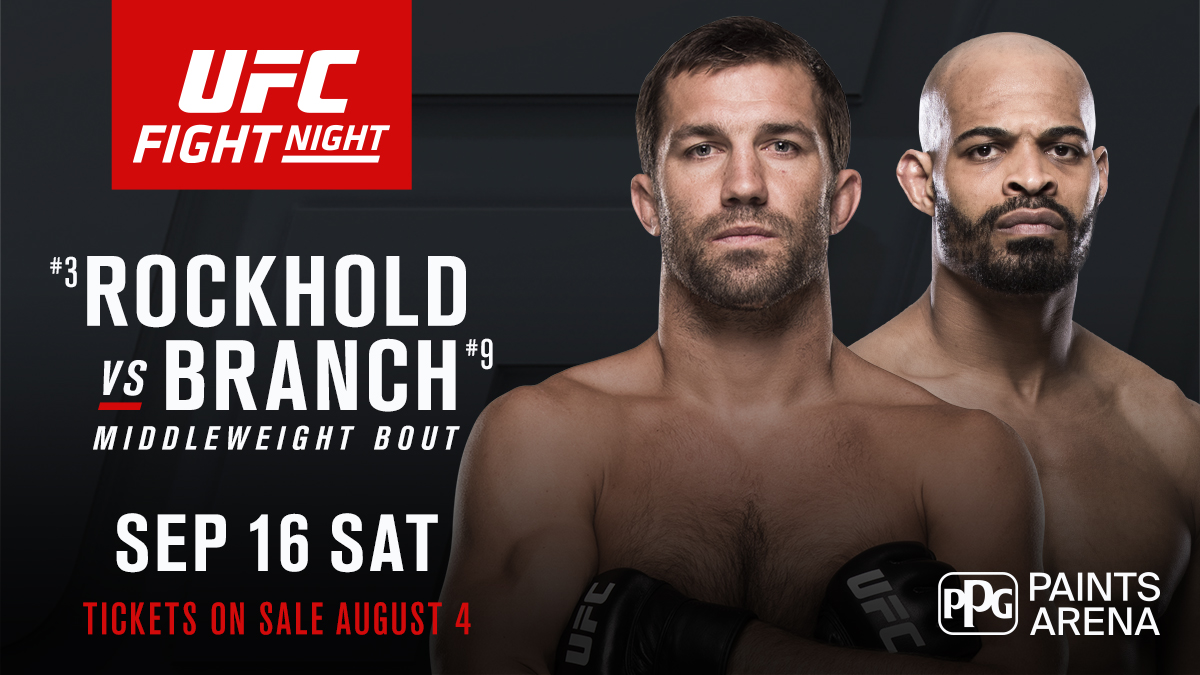 A hard-hitting lineup of explosive fights is on its way to Pittsburgh on Saturday, Sept. 16, headlined by a middleweight matchup between former 185-pound champion Luke Rockhold and surging contender David Branch that will be televised live on FS1 from PPG Paints Arena.

In the UFC's first visit to the Steel City since February 2016, Rockhold will make his first start in over a year against Branch, who is fresh from win over Krzysztof Jotko that extended his current winning streak to 11.

Six bouts were also announced on Saturday, with a middleweight showdown between former Olympian Hector Lombard and rising star Anthony Smith leading the way. Also stepping into the Octagon to face each other this September will be highly regarded 185-pounders Jotko and Uriah Hall.

Plus, a quartet of heavyweights will attempt to make a statement in Pittsburgh, as Anthony Hamilton battles Daniel Spitz, and Justin Ledet takes on Dmitry Sosnovskiy.