After more than a decade, the wait is finally over. The Ultimate Fighting Championship® confirmed at a Tokyo press conference today that 2012 will mark the return of the world famous Octagon® to Japan. 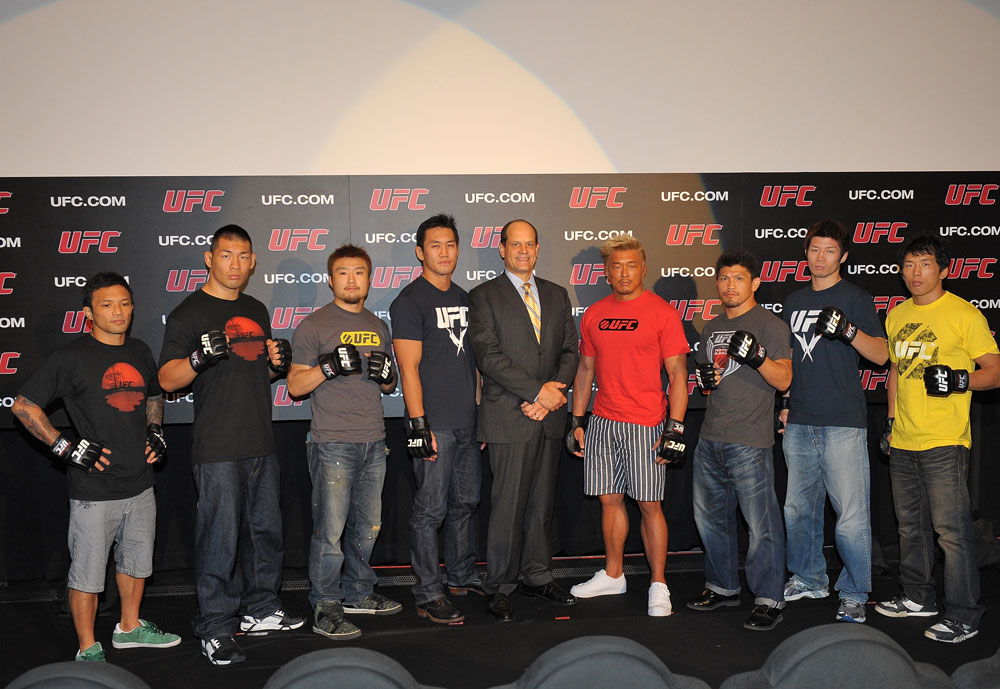 “This February, the wait is finally over – the UFC is coming back to Japan,” UFC President Dana White said. “For fans in Japan who’ve never witnessed a UFC event live, this is going to be an incredible experience and one you won’t want to miss. It’s been over 10 years since a UFC event was held in Japan and we’re pumped to bring the fastest-growing sport in the world there once again.”

Japan has made an enormous contribution not only to traditional martial arts by inventing styles like jiu-jitsu, karate and judo, but also to the sport of mixed martial arts. As well as hosting four UFC events from 1997 to 2000, the nation of Japan also became renowned for its incredible live PRIDE FC® shows from 1997 to 2007.

“Japan has played a huge role in helping get the sport of mixed martial arts to where it is today,” White added. “UFC stars such as Rampage Jackson, Wanderlei Silva, Minotauro Nogueira and Mirko Cro Cop all made names for themselves fighting in PRIDE and dozens more fought in front of the passionate Japanese fans at some point in their careers.

“Japan has also produced world-class fighters such as Yoshihiro Akiyama, Takanori Gomi and Yushin Okami, all of whom have represented their country well in the Octagon, headlining major UFC events all over the globe.”

The full card for the Tokyo event, along with ticket information, will be announced in the coming months. For more information, or current UFC fight news, visit UFC.com. All bouts live and subject to change.