The Ultimate Fighting Championship® (UFC®), the world’s premier mixed martial arts organization, has announced that it will make its long-awaited return to Germany with UFC FIGHT NIGHT BERLIN on 31st May.This follows the upcoming Europe, Middle East and Africa events in London and Abu Dhabi. 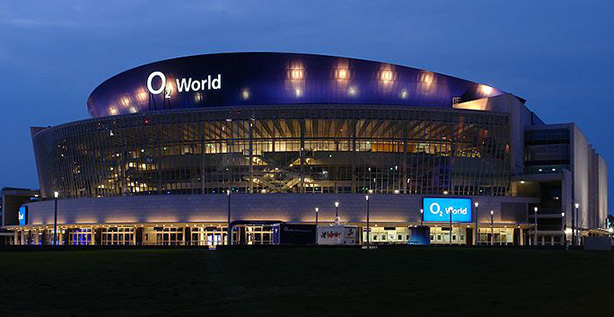 The O2 World Berlin will host the UFC for the first time, in what will be the third event for the organization in Germany. The UFC previously held UFC® 99 in Cologne in 2009 and UFC® 122 in Oberhausen in 2010, both of which were incredibly successful.

Tickets will go on sale to UFC Fight Club members on 2nd April, UFC newsletter subscribers on 3rd April and general on-sale on 4th April. Tickets will be priced from €50 and sold through The O2 World Berlin and Ticketmaster.

Fight card details will be released in the coming weeks.

Garry Cook, Executive Vice President and Managing Director of UFC EMEA, said: “We are incredibly excited to announce this event and it is fantastic news for the many UFC fans throughout Germany and the rest of Europe. We are delighted to be returning to Germany in May and visiting Berlin for the first time. Germany is one of the leading world superpowers in sport and to be able to host a UFC FIGHT NIGHT to our passionate German fans will be an honour.”