Las Vegas – UFC® returns to Fort Lauderdale, Fla. with a thrilling middleweight rematch between No. 1 ranked contender Yoel Romero and No. 3 Jacare Souza. In a battle of light heavyweight sluggers, No. 11 ranked Glover Teixeira takes on hard-hitting Ion Cutelaba. UFC FIGHT NIGHT® ON ESPN: ROMERO vs. JACARE 2 takes place at the BB&T Center on Saturday, April 27 with ESPN airing the main card live at 9 p.m. ET. Prelims start at 7 p.m. ET on ESPN and ESPN+ kicks off the event with a live stream of the early prelims at 5:30 p.m. ET. ESPN Deportes will air the prelims live at 7 p.m. ET and stream the main card in Spanish at 9 p.m. ET on the ESPN App. All UFC live events on ESPN+ will also be available in English and Spanish.

Romero (13-3, fighting out of Coconut Creek, Fla. by way of Pinar Del Rio, Cuba) got his hand raised in the competitive first encounter, edging out a split decision win. A silver medalist in freestyle wrestling in the 2000 Olympics, Romero has earned emphatic wins over the 185-pound elite. He has delivered spectacular knockouts against Luke Rockhold, Chris Weidman, Lyoto Machida and Derek Brunson, and now he aims for another show-stealing finish to stake his claim for a title shot.

Among the most decorated grapplers in MMA, Souza (26-6 1NC, fighting out of Rio de Janeiro, Brazil) has shown his striking can be just as dangerous as his submission game. During his UFC run, he’s netted impressive victories against Vitor Belfort, Gegard Mousasi, Derek Brunson and Tim Boetsch. His most recent outing saw him earn a sensational KO over former champion Chris Weidman. He now looks to earn a measure of revenge against Romero and secure the No. 1 contender’s spot.

Former light heavyweight title challenger Teixeira (28-7, fighting out of Danbury, Conn. by way of Minas Gerais, Brazil) looks to earn his way back into the championship conversation. He has defeated some of the most iconic names in the sport, including former champions Rashad Evans and Quinton “Rampage” Jackson. With 14 of his last 16 wins coming by stoppage, Teixeira is eager to show he can still compete with the best in the world by taking out up-and-coming prospect Cutelaba.

Cutelaba (14-3, fighting out of Chisinau, Moldova) is gunning to earn his third stoppage victory in a row against the toughest test of his career in Teixeira. A 25-year-old with an impressive 10 wins in under 1:13, Cutelaba is one of the brighter prospects at 205 pounds, most recently taking out Luis Henrique da Silva and Gadzhimurad Antigulov via first-round KO. Now, Cutelaba looks to break into the rankings and work his way to title contention with his most impressive performance yet. 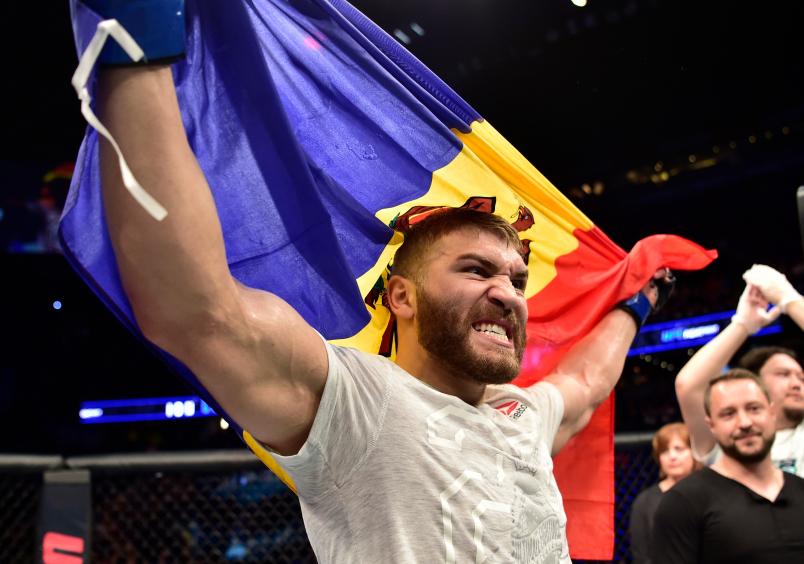 Visit UFC.com for information and content to support your UFC coverage. Please click here to apply for the event.

Tickets for UFC FIGHT NIGHT® ON ESPN: ROMERO vs. JACARE 2 go on sale Friday, March 15 at 10 a.m. ET. Tickets are available for purchase online at www.ticketmaster.com. Ticket sales are limited to eight (8) per person.

UFC Fight Club® members will have the opportunity to purchase tickets Wednesday, March 13 at 10 a.m. ET via the website www.ufcfightclub.com. A special Internet ticket pre-sale will be available to UFC newsletter subscribers Thursday, March 14 starting at 10 a.m. ET. To access this pre-sale, users must register for the UFC newsletter through UFC.com.