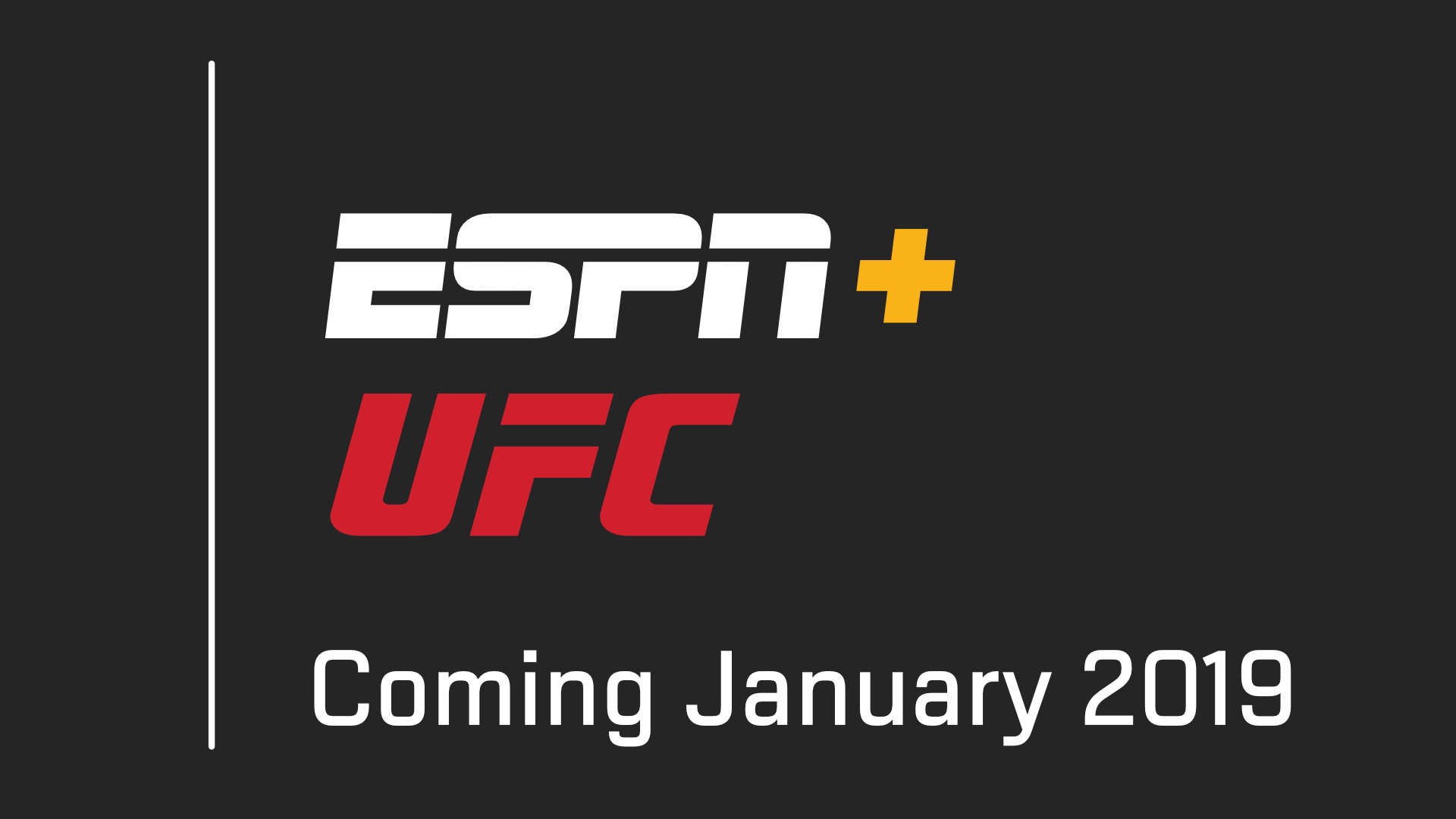 UFC®, the world’s premier mixed martial arts organization, and The Walt Disney Company’s new Direct-To-Consumer & International segment along with ESPN, have reached an immersive, multi-year media rights agreement for exclusive live UFC content on ESPN+, as well as across a variety of ESPN’s television, social and digital platforms, in English and Spanish, taking effect in January 2019.

This first-ever rights and distribution agreement between the two companies provides for 15 live UFC events to stream exclusively on ESPN+ -- the recently-launched multi-sport, direct-to-consumer subscription streaming service from The Walt Disney Company's Direct-to-Consumer and International group, in partnership with ESPN.  Each event will be branded “UFC on ESPN+ Fight Night” and will deliver a full card of 12 UFC bouts.

Kevin Mayer, Chairman, Direct to Consumer and International, The Walt Disney Company said: “One of our goals for ESPN+ is to bring sports fans of all genres content they love and are passionate about, and this agreement with UFC is illustrative of exactly that.  We look forward to providing UFC’s enthusiastic, growing fan base with a wide array of live events and building a lasting relationship with the industry leader in mixed martial arts.”

Jimmy Pitaro, ESPN President and Co-Chairman, Disney Media Networks said: “UFC is a premier global sports property with legions of incredibly avid fans.  We are excited to be able to bring their world-class events and content to ESPN+ and the ESPN networks.  This agreement shows the commitment we have to delivering fans the very best across our entire platform.”

Dana White, UFC President said: “I couldn’t be more excited to partner with The Walt Disney Company and ESPN on an agreement that will continue to grow our sport. UFC has always done deals with the right partners at the right time and this one is no exception. We will now have the ability to deliver fights to our young fan base wherever they are and whenever they want it. This deal is a home run for ESPN and UFC.”

With more than 280 million fans around the world, UFC boasts the youngest fan base among major professional sports organizations in the US with a median age of 40 and an audience comprising 40% millennials.

Fans can subscribe to ESPN+ for just $4.99 a month (or $49.99 per year). To subscribe, fans simply download or open the ESPN App (or visit ESPNPlus.com). In addition to live, exclusive events, the lineup of UFC content available to ESPN+ subscribers will include:
•    Exclusive, all new-seasons of “Dana White’s Contender Series” beginning in June 2019
•    A new original, all-access series produced by IMG Original Content
•    Exclusive pre- and post-event shows for all 15 “UFC on ESPN+ Fight Nights”
•    Non-exclusive access to UFC’s full archive of programming, including historic events, classic bouts, and original programming
•    Additional UFC-branded content, including “UFC Countdown” shows, press conferences, weigh-ins, and pre-and post-shows

In addition to the live events and content included in the ESPN+ subscription, fight fans will be able to purchase and watch UFC FIGHT PASS® (UFC’s DTC streaming offering) and UFC PPV events via ESPN+, for a separate cost.

ESPN will also bring fans a variety of UFC content across ESPN’s widely consumed linear and digital platforms, including an exclusive, 30-minute special on ESPN’s linear networks previewing upcoming bouts and breaking down match ups leading up to each UFC PPV; hundreds of hours of UFC library programming on linear networks; and re-airs of current UFC PPV events.