To commemorate the month of September as Childhood Cancer Awareness Month, UFC partnered with Candlelighters across three charitable campaigns surrounding International Fight Week, including a Charity Buzz auction for two tickets to watch UFC 266 from Dana White's VIP seats; a week-long 50/50 raffle; and ticket proceeds from the UFC Hall of Fame Induction Ceremony.

More About Partnership Between UFC and Candlelighters

On Tuesday, September 21, UFC launched a combined online and in-venue 50/50 raffle campaign throughout the state of Nevada. Fans were able to participate in the 50/50 raffle during the Hall of Fame Induction Ceremony at Park Theater, as well as at Toshiba Plaza during the UFC Fan Experience and at ceremonial weigh-ins inside Park Theater. The raffle generated a total jackpot of $93,100.

Mike Fox, a longtime UFC fan from Sarasota, Florida, purchased a $100 raffle ticket during UFC 266 and won $46,500 (50% of the jackpot). Mike and his son, A.J., flew to Las Vegas for an action-packed sports weekend that included attending their first UFC event.

Read About The 2020 UFC Hall of Fame Induction

“My brother lives in Las Vegas and we wanted to visit him when we could attend numerous sporting events together,” said Fox. “We are all huge UFC fans and with the Raiders playing the Dolphins the same weekend, we decided to visit and attend both events as a family. This was an amazing weekend!” 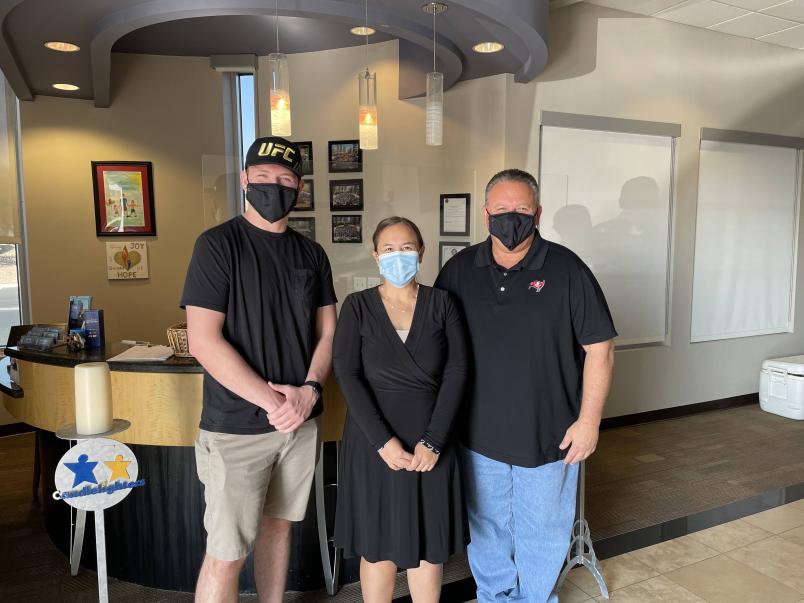 Other funds raised during the week included $13,000 for two tickets to sit in Dana White’s VIP section during UFC 266 and $23,450 in ticket sales proceeds from the UFC Hall of Fame Induction Ceremony.

"We've never been part of something like this," Candlelighters CEO Kimberly Kindig said. "Our families, our children consider themselves warriors as they go through the childhood cancer fight. And to partner with UFC, I think it's a perfect fit."

The Candlelighters Childhood Cancer Foundation of Nevada is the first and oldest non-profit organization in Nevada dedicated to providing emotional support, quality of life programs, and financial assistance for children and their families affected by childhood cancer. For more information, please visit www.candlelightersnv.org.