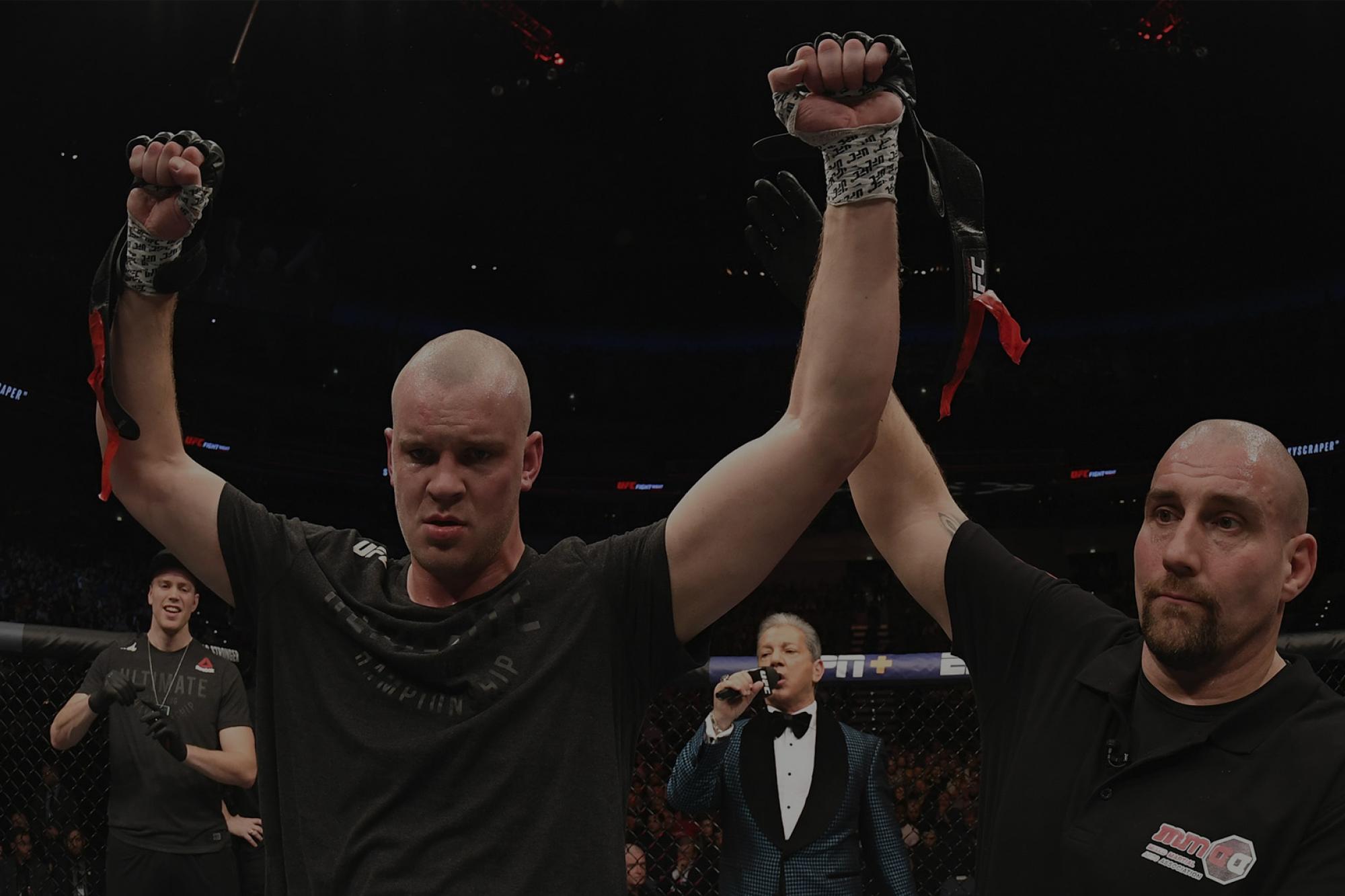 Saturday’s UFC Prague event is in the books, and now that the dust has settled in the Czech Republic, it’s time to go to the scorecard to see who the big winners were at the O2 Arena.

1 – Thiago Santos
What a difference 20 pounds makes. Anthony Smith found that out, and “Lionheart” is fighting for the UFC light heavyweight title this weekend. The latest former middleweight making waves at 205 pounds is the last man to beat Smith, Brazil’s Thiago Santos. Last Saturday, Santos made another move towards a shot at the crown with a knockout of Jan Blachowicz. That’s three wins, three knockouts, and three bonuses for “Marreta,” and while he may be a win away from a crack at the crown, a fight against either Jon Jones or Smith is an attractive proposition. Jones has never faced a puncher like Santos, and Santos-Smith II would be another war. Would you say it’s good to be a light heavyweight, Thiago?

Thiago Santos scored another big win and discussed it backstage in Prague.

2 – Stefan Struve
If Saturday’s victory over Marcos Rogerio de Lima marked Stefan Struve’s final walk to the Octagon, it’s been quite a career for the Netherlands’ “Skyscraper.” Ten years in the UFC, wins over the likes of Stipe Miocic, Minotauro Nogueira and Bigfoot Silva, and the ability to thrill fans no matter what the final outcome was. Add in his comeback story from a serious heart condition, and if he leaves, he should do so with his head held high. Struve has always been a good guy and a true pro, and he will be missed.

Following a second round submission victory, Stefan Struve announces his retirement in the Octagon.

3 – Petr Yan
“NO MERCY” That’s what fight fans have had on their mind ever since Petr Yan made his Octagon debut last year, and it’s getting louder and louder with each fight. Last weekend, Yan moved to 4-0 in the UFC with a win over John Dodson, a veteran contender that is always a tough style matchup and someone almost impossible to look good against. Yan figured out “The Magician” and impressed while doing it. After the fight, “No Mercy” called for a fight with Jimmie Rivera. I’m in.

4 – Dwight Grant
Dwight Grant’s first UFC fight against Zak Ottow was everything the Brooklynite didn’t want for his debut. If he would have been finished in the midst of a furious striking exchange or dropped a Fight of the Night battle on the scorecards, he probably would have been able to live with it. But losing a decision in a war of nerves wasn’t what he signed up for. So on Saturday, he scored a highlight reel knockout of Carlo Pedersoli, and all is well in the world of “The Body Snatcher,” whose trip home won’t compare to the one after the Ottow fight. And that’s a good thing.

5 – Diego Ferreira
Another one of the stellar fighters coming out of Sayif Saud’s Fortis MMA gym, Diego Ferreira has quietly compiled a four-fight winning streak that includes two knockouts over the last couple years, and in a stacked lightweight division, he’s a threat to everybody thanks to his stellar ground game and rapidly improving striking. In Prague, Ferreira defeated one of the toughest outs in the weight class in Rustam Khabilov, kicking off 2019 in style. I’m no matchmaker, but you know what would be a great fight? Ferreira versus Gilbert Burns.