LAS VEGAS and ONCHAN, Isle of Man – December 21, 2018 – UFC®, the world’s premier mixed martial arts organization and PokerStars, the flagship poker brand of The Stars Group and the largest poker site in the world, today announced a new marketing sponsorship.

Under the terms of the agreement, PokerStars becomes UFC’s first-ever ‘Official Poker Partner’, creating a new sponsorship category. PokerStars will have a branded presence inside the world-famous Octagon® at UFC’s final Pay-Per-View event of 2018, UFC® 232: JONES vs. GUSTAFSSON 2, which takes place from T-Mobile Arena in Las Vegas on Saturday, December 29. Additional partnership activations for the event will include the integration of PokerStars branding during UFC’s telecasts, as well as digital and social media, and other promotional opportunities.

“We’re excited that PokerStars has joined our roster of global partners and has helped us create a new sponsorship category for our final event of 2018,” said Paul Asencio, UFC Senior Vice President, Global Partnerships. “This agreement lays the foundation to work together with PokerStars in the future to grow our respective customer bases in key markets.”

“UFC and PokerStars have a lot in common,” said Christopher Coyne, Chief Marketing Officer of Stars Interactive, a division of The Stars Group. “We want to thrill and entertain, both in our products and customer experience. UFC is the world’s leading MMA promoter with millions of fans and followers around the globe, while PokerStars is the heavyweight of online poker. It’s a classic combination.”

Through UFC’s worldwide programming distribution, PokerStars’ brand has the potential to reach 1.1 billion TV households in more than 160 countries and territories in 40 different languages. 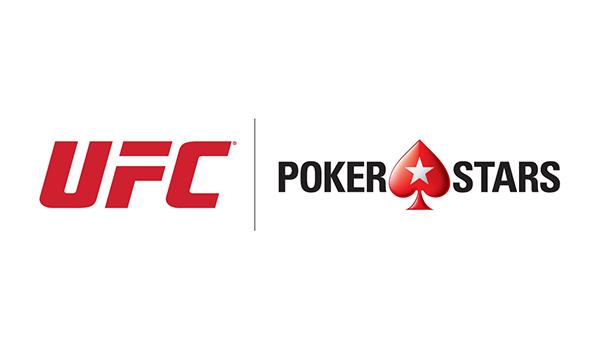