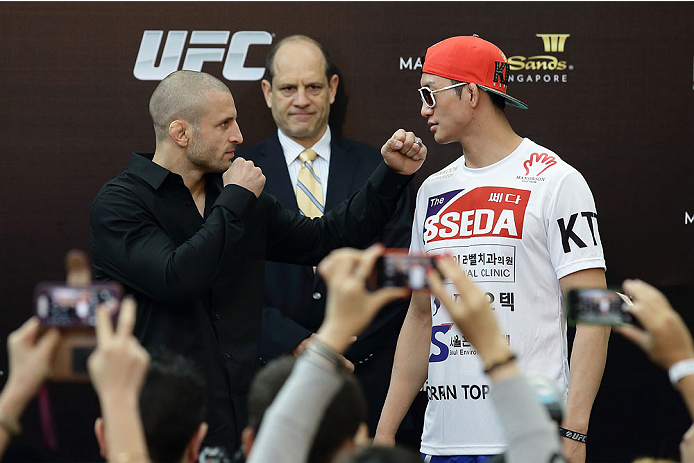 "In the 20-year history of the Ultimate Fighting Championship, Asia has hosted seven company events. If all goes as planned, the No. 1 mixed martial arts promotion could visit the continent seven times in the next 12 months.

"'We've got Saturday's event in Singapore, and we're looking at a couple of events this year in Macau," Fischer told USA TODAY Sports. "We're looking, as well, at a new multi-year agreement to come to Japan at least once a year. We're in discussions with partners in Seoul, Manila, Bangkok and Jakarta. I don't expect all of these to happen in 2014, but we'll be coming to all of these places soon enough. Mainland China is also on the horizon.'"