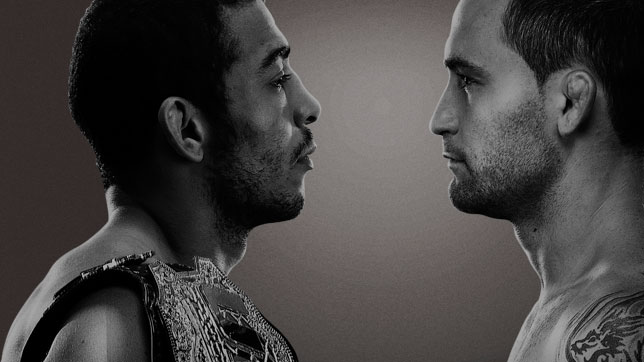 It's a common theme you can follow on any fight week if you happen to be on Twitter, Facebook or any other social network – fans, media and fighters picking who they believe will win during an upcoming show.

Inevitably some will show a little swagger for getting it right, while others hang their heads in shame knowing deep down they should have picked with their head instead of their heart.

Now with the new UFC Pick Em game currently open on www.UFC.com/Fantasy, you can pick who you think the victors will be, and win some cool prizes along the way, not to mention the added benefit of bragging rights.

The game is pretty simple to understand – pick each fight by who you believe will win, what method they will carry to victory, and which round the fight will end in.

The winner, method, round system breaks down like this – if you get the winner correct that's 200 points. You get the method for the finish and that's 75 points, and if you pick the round it ends in that's another 50 points (no points are given if you pick a decision because no finish or round was chosen).

Now that's just one part of the new UFC Pick ‘Em game because there are a lot of other ways to separate yourself from the competition when it comes to bonuses you're able to earn in many of the fights on a card.

For instance, the main event of UFC 156 features a title bout between featherweight champion Jose Aldo and challenger Frankie Edgar. Well, just like how the championship fight headlines a card, it also means more in the new fantasy game. Picking the correct winner in a title fight will earn you an extra 100 bonus points.

Now everyone loves to pick a good underdog and in the new UFC Pick ‘Em game, you are rewarded for having the foresight to give them a chance at victory as well. Big underdogs are given a 175-point bonus, while major underdogs will be given a whopping 400-point bonus if you choose them and get it right. The odds can also earn you 120 bonus points when the fighters matched up are so close that it makes getting it right worth a little something extra.

You can also earn an additional 40 points if you pick a debuting UFC fighter, and this even counts for the competitors transferring to the Octagon by way of Strikeforce if they've never fought in the UFC before. Bonuses will also be given to fighters taking a bout on short notice.

There will also be two skill based tie-breaker questions at the end of your selections that may be used to separate winners if there are a few people knotted with the same number of points at the end of an event.

The new UFC Pick ‘Em game begins with UFC 156: Aldo vs. Edgar, so go check out UFC.com/Fantasy and get your picks in today and then tune in Saturday night, Feb 2 to see if you have something new to brag about when the show is over.