What’s in a word? Three words to be exact, or maybe even three letters if you’re trying to squeeze every ounce out of a tweet.

But semantics aside, when you mention Madison Square Garden or MSG to anyone – whether they’re in New York or Tokyo – an image is immediately conjured up of a place that truly lives up to the arena’s tag line of “The World’s Most Famous Arena.”

What other place has that kind of instant recognition? Fenway Park, Yankee Stadium, the Tokyo Dome maybe. But it’s nothing like MSG, so as the fight to get mixed martial arts legalized in New York was going on, the end game was always the Garden. And in 25 days, the first UFC event to take place in the arena, UFC 205, will finally happen.

And it’s a big deal. Yet not for the reasons you may think. Sure, the place will be packed from top to bottom, Pay-Per-View buys will shoot through the roof, and the media attention will be unlike anything we’ve seen from a UFC event.

But the reason New Yorkers can’t wait for this is that they already know that there’s nothing like a fight in the Garden. Nothing. When the bright lights are on, the crowd is roaring and the best combat sports athletes in the world are doing their thing, it’s a magical place.

Hey, it was the home for the Fight of the Century between Joe Frazier and Muhammad Ali on March 8, 1971, wasn’t it? How many fights do you remember the date and place for? 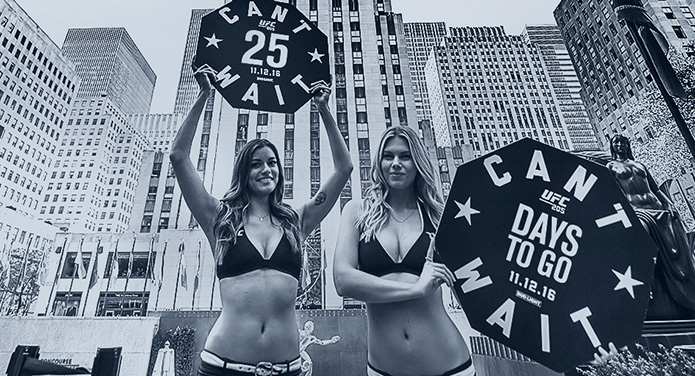 So it’s no surprise that I remember December 19, 1997 and the first fight I ever saw live, which was in MSG, and featured the United States debut of Prince Naseem Hamed against Kevin Kelley. It was one of those special nights, and if I wasn’t hooked on covering prizefighting before that night, I was all-in on that night.

Since then, the opportunity to cover a fight in that building is always a thrill, but to put a finger on why is a little more difficult.

Of course there’s the history there, and not only in boxing, but in music, hockey and basketball. The Rangers in 94. The Knicks in their glory years. St. John’s basketball with Mullin, Berry and Jackson. Poison opening for Ratt in the heyday of hair metal. Well, maybe not that last one, but it was still a helluva double bill for the rock set back then. In my last semester of college (yes, there was college back then) at St. John’s University, I was an intern with the New Jersey Nets and working under the Director of Broadcasting, Amy Scheer. Amy was the kind of boss who taught you what you needed to know and then let you do it. So I got the chance to produce a Nets-Knicks game for the radio. Usually, the producers and radio talent were up in a separate box above the floor. On this night, they moved everyone down to courtside, and this just happened to be the night the Knicks retired Dick Barnett’s number. Cool, right? Well, it was even cooler when several members of the 69-70 Knicks were courtside and sitting next to the intern playing radio producer.

See why the Garden is special to me?

Yet the funny thing is that if you’re a New Yorker and have been to the Garden, you have your own stories of the place, whether from seeing a fight, a concert, a game or the circus there. It’s your place, your arena, and when the action begins, you’re not leaving in the fourth quarter or before the encore. You’re there from start to finish, and if you’re a fan of whoever is playing that night, you’re a real fan.

So when Chris Weidman enters the Octagon to face Yoel Romero, he will get the largest roar he’s ever heard, and when he looks up to the rafters, it will seem like it’s never going to stop going higher and higher. The same goes for the other New Yorkers on the card, Lyman Good, Rashad Evans and Rafael Natal, all of whom have been waiting to be able to show their friends, families and fans just what they can do at a place with “NY” on the line marked location. And there should be no different feelings from the rest of the card, from headliners Conor McGregor and Eddie Alvarez to the prelim card openers Liz Carmouche and Katlyn Chookagian.

As Frank Sinatra sang, “If I can make it there, I can make it anywhere.” And if you’ve made it to Madison Square Garden, you have made it. Legends of the sports, music and entertainment worlds have walked on that stage, on the court and ice, or in that ring. On November 12, add Octagon to that list, and from that day on, expect Madison Square Garden to be the one place every fighter wants to compete in before his or her career is over.