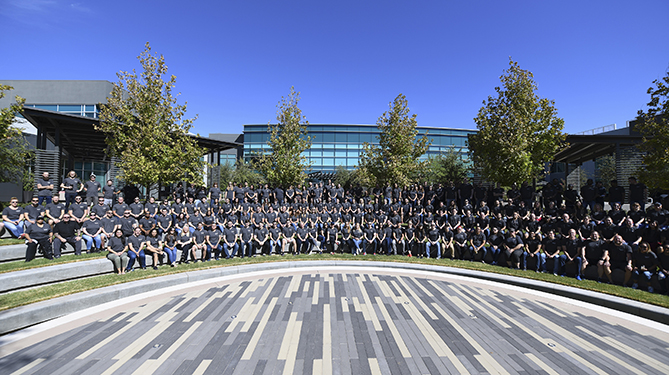 The UFC participated in Endeavor’s 11th annual day of service by volunteering at various charitable locations around the world. Over 325 UFC employees across ten offices globally teamed up to make a difference in communities worldwide.

UFC Senior Executive Vice President and Chief Operating Officer Lawrence Epstein, believes that taking time to contribute to charitable locations is crucial to creating a better world for everyone.

“Giving back to the community has been a part of the UFC’s DNA since Zuffa purchased the company in 2001,” Epstein said. “It’s grown over the years and with the addition of Walk The Walk and our colleagues over at Endeavor, we believe that we can enhance our communities around the world.

Charitable locations such as Three Square Food Bank is Las Vegas, are in great need of volunteers due to the sheer volume of daily work.

“Volunteers are the lifeblood of Three Square. This is a community organization built to support those at the toughest of times,” Three Square Chief Development Officer Michelle Beck said. “Our volunteers are individuals, corporations and organizations that want to give back to the community where they live.”

If volunteering is something that you may be interested in, do not hesitate to reach out to local organizations and ask about how you can contribute.

Here is a list of organizations that the UFC and Endeavor are assisting today:

*UFC employees in Toronto, Sydney and Shanghai also participated in today’s events, partnering with their local Endeavor colleagues throughout their respective areas.