Time to see who the big winners were last Saturday in Virginia
By Thomas Gerbasi, on Twitter: @TGerbasi • Mar. 2, 2020

Saturday’s UFC Norfolk event is in the books, and now that the dust has settled in Virginia, it’s time to go to the scorecard to see who the big winners were at Chartway Arena.

This is what the women’s featherweight division needed. Despite the presence of double champ Amanda Nunes, the 145-pound weight class needed some serious contenders to emerge to challenge her, and Saturday night’s card featured four such fighters and gave them the opportunity to make their case for a shot at the belt. Often, such situations result in safe performances by the winners and little buzz among the MMA fanbase. That wasn’t the case in Norfolk, as Megan Anderson and Felicia Spencer both made emphatic statements against Norma Dumont and Zarah Fairn, respectively, and even the champ was impressed, tweeting “I like both winners tonight. Now it’s up to Dana White. I’m ready for either.” We’re ready, too, and all of a sudden, it’s a new day for the ladies at 145 pounds. 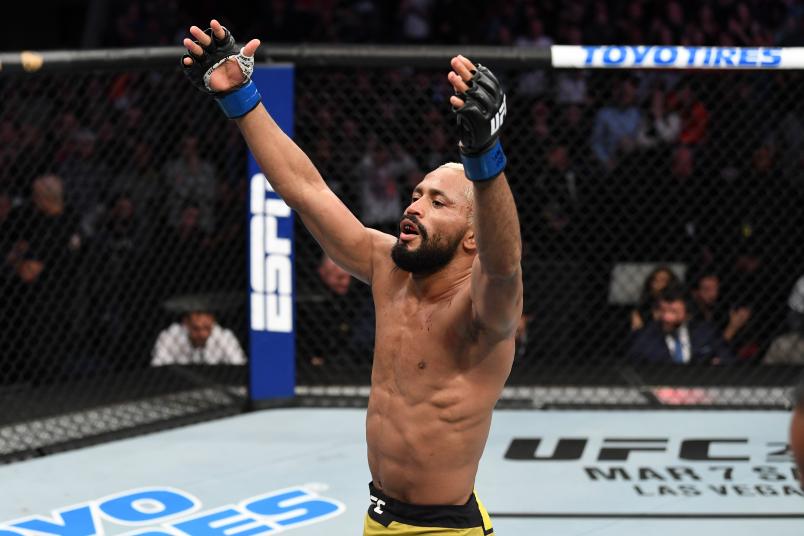 This wasn’t what the flyweight division needed. Deiveson Figueiredo delivered another impressive performance in stopping Joseph Benavidez, but since he didn’t make weight for the fight, the 125-pound title remains vacant. It’s a bad look for a division that needed some clarity, and now question marks abound. Does Figueiredo get another shot at the vacant belt, or will two other fighters from the top five get their opportunity to battle for gold? Where does Benavidez stand in all this? So yeah, Figueiredo’s performance was a winning one, but the overall picture remains cloudy.

Maybe his long layoff made some people forget how good Tom Breese is, so I’ll remind you – he’s that good. Yet Brendan Allen beat him with relative ease last Saturday to make it 2-0 with two finishes in the Octagon, and he has to soar to the top of the list of top prospects in the UFC after two victories over tough foes like Breese and Kevin Holland. And he’s only 24. Keep an eye out for “All In”.

It was a long and winding road for Kyle Phillips to make it to the UFC, but I think anyone who saw his Fight of the Night winning effort over Gabriel Silva has to agree that it was worth it. Whether on the feet or the mat, Phillips brought an intensity to the proceedings where every motion was designed to end the fight. Bantamweight is stacked, but Phillips fits right in. It’s going to be very interesting to see how his UFC run plays out.

With just two UFC fights, I would say Sean Brady is already creeping up on the top 15 in the talent rich welterweight division. Why? Just look at who he’s beaten? First it was longtime Octagon standout Court McGee, then it was fellow prospect Ismail Naurdiev last weekend. You know, the guy who entered the bout with a 19-3 record and two UFC wins already. That’s a big deal, and with the Philly product refusing to take a step backward in terms of opposition, he may be in that top 15 sooner rather than later.