Saturday’s UFC Norfolk event is in the books, and now that the dust has settled in Virginia, it’s time to go to the scorecard to see who the big winners were at Ted Constant Convocation Center.

1 – Dustin Poirier
One of mixed martial arts’ good guys, Dustin Poirier will be auctioning off the fight kit used for Saturday’s bout against Anthony Pettis to raise money for the family of Lafayette police officer Michael Middlebrook, who was killed in the line of duty in October (see auction here). Whoever wins that auction will have some souvenir after Poirier’s thrilling (and bloody) win over Anthony Pettis. But lost in the visceral thrills of the clash between two WEC veterans was that “The Diamond” stuck to the game plan and didn’t get locked into a standup war with Pettis. That evolution is going to serve him well as he takes his next steps toward a lightweight title shot. The winner of Eddie Alvarez-Justin Gaethje and then a crack at the belt? Sounds good to me.

2 – Matt Brown
When I spoke to Matt Brown before his Saturday bout against Diego Sanchez, it was clear that he was on the fence about retiring from the sport. So I asked him for a favor, saying that if he was going to officially walk away, leave it until later this year so the guy who’s been covering his career since 2008 could have Sunday off without having to write a piece about his retirement. Brown laughed, agreed, and was a man of his word. I had Sunday off. But in all seriousness, I’m a firm believer that the only one who has a right to make a retirement call in this business is the fighter, so that decision is for Matt Brown to make. Would a single elbow knockout be the perfect way to walk off into the sunset? Yes. But in addition to Saturday’s bout, I thought Brown looked sharp against Donald Cerrone as well, so there may be more to give from “The Immortal.” But again, that’s his call to make, and if it is the end, wow, what a ride it’s been to watch and an honor to cover.
RELATED: Norfolk Main Card Results | Brown Feeling Good | Northcutt "That Was A Blast!"

3 – Clay Guida
There aren’t too many people I like more in this game - professionally and personally – than Clay Guida and Joe Lauzon. So in a perfect world, the two of them would have fought to an epic three-round draw Saturday night that had a Fight of 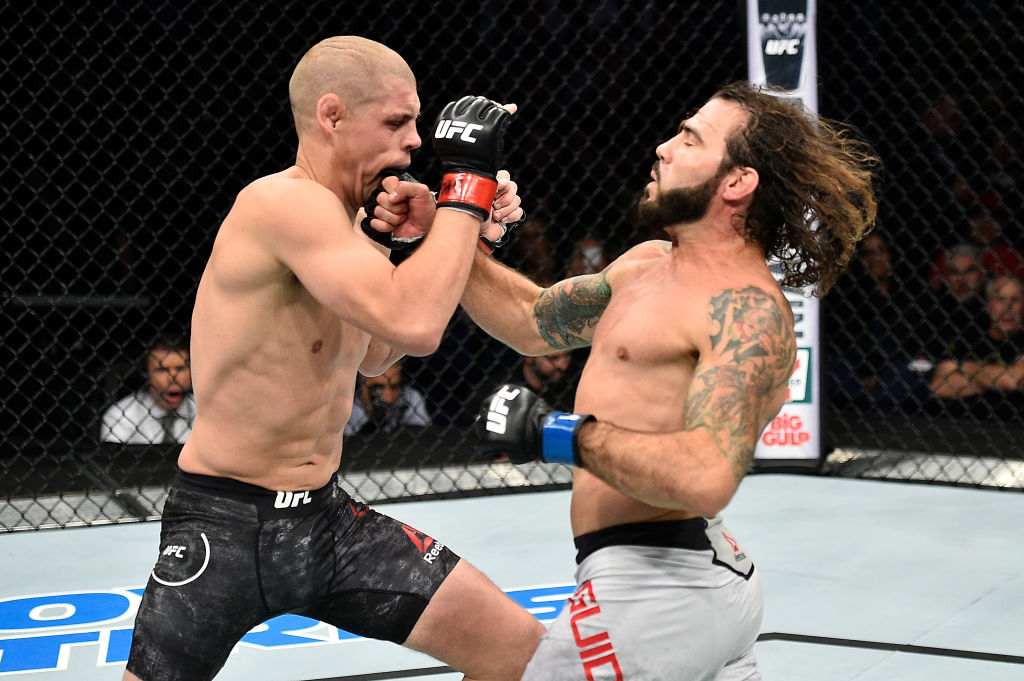 the Night bonus attached to it. That didn’t happen because the best case scenario for people you like usually doesn’t happen in the fight business. But while I feel for Joe after his defeat, I also feel happy for Guida after his second straight impressive win since returning to 155 pounds. Remember, this is a guy in his mid-thirties who got written off after two losses to Brian Ortega and Thiago Tavares at featherweight. Yet “The Carpenter” has looked better than ever at lightweight in 2017, and if anyone earned this second life in the UFC, it’s him.

4 – Raphael Assuncao
Raphael Assuncao doesn’t have a nickname, but if he’s in the market for one, “The Professional” fits perfectly. All the bantamweight contender does is show up, make weight, fight, and nine times out of 10, win. Or, as is the case after Saturday’s victory over Matthew Lopez, 10 times out of 11 at 135 pounds. Now a winner of three straight over Aljamain Sterling, Marlon Moraes and Matthew Lopez, Assuncao has earned his place in the title picture, and why not a rubber match with champion TJ Dillashaw to kick off 2018? “The Professional” earned it.

5 – Nina Ansaroff
I’ve felt bad for Nina Ansaroff over the last couple years. Yes, it’s great that she’s in a relationship with UFC women’s bantamweight champion Amanda Nunes and things are going well, but practically every story written about her is more about her personal life than her fighting career. That probably won’t change anytime soon, but with Ansaroff’s exciting win over Angela Hill on Saturday night, she’s finally making her move toward the strawweight elite, and after impressive back-to-back victories, maybe people will start paying attention to the fighting part of her life as well.