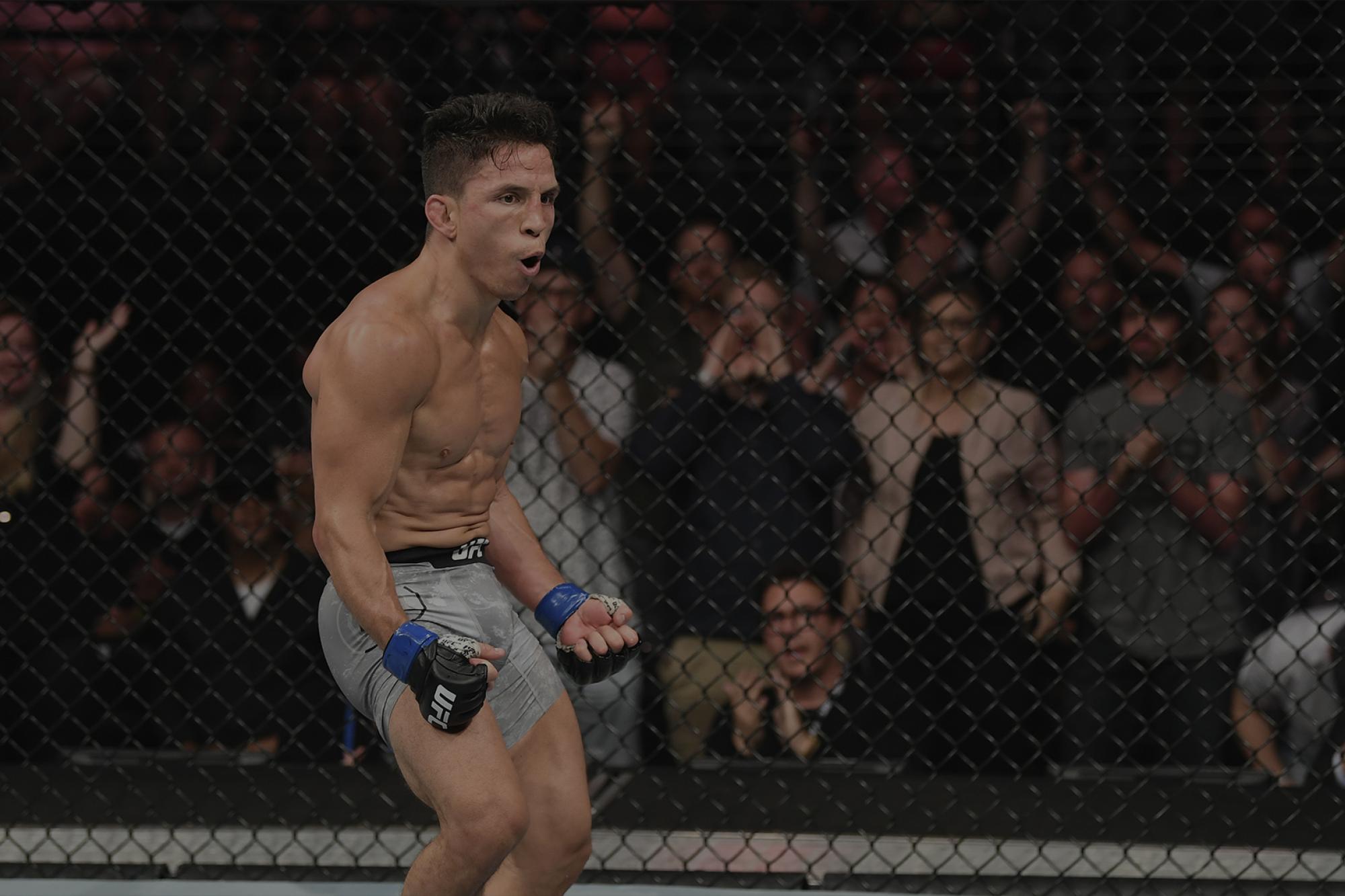 Recap the action from the UFC Minneapolis in this edition of The Scorecard
By Thomas Gerbasi • Jul. 1, 2019

Saturday’s UFC Minneapolis event is in the books, and now that the dust has settled in Minnesota, it’s time to go to the scorecard to see who the big winners were at Target Center.

One of the first thoughts that came into my mind after Francis Ngannou’s first-round finish of Junior Dos Santos was, “How good was Stipe Miocic to dodge that thunder and thoroughly beat ‘The Predator’ when they fought?” Because the way Ngannou has looked in his last three fights, it’s hard to fathom anyone taking his power for three or five rounds. I don’t think there’s any question that the Cameroon native is next in line for a shot at the title, and while a fight with Cormier is intriguing, the more compelling matchup is a rematch with Miocic should the Cleveland native regain his title from DC later this year. Think about it: Miocic is tasked with fighting the perfect fight a second time around, while Ngannou has to exorcise the demons of losing to him the first time. Jeez, I’ll even take it as a non-title fight if Cormier retains his crown. Either way, all eyes are on Ngannou again.

Hear what Francis Ngannouz had to say after stating his case for a heavyweight title shot.

While you’ve got to feel for Jussier Formiga nearly making it to a title fight again but falling short, you can’t help but smile for Joseph Benavidez for getting to this spot again. Many wondered if it would happen after a loss to Sergio Pettis then the possibility that the flyweight division was going to be eliminated. But now Benavidez has won three straight, the 125-pound class is secure, and the Las Cruces product is in line for a rematch against a fighter he’s already beaten in champion Henry Cejudo. That’s a lot of good stuff for Joe-B-Wan Kenobi heading into the second half of 2019, and he’s earned it all.

One of the most underrated fighters on the roster, Vinc Pichel proved the old combat sports adage right once more Saturday night when he upset previously unbeaten Roosevelt Roberts. That adage? Age and experience can often topple youth and talent. That’s not to say Pichel isn’t talented, but it was his ability to adjust his game plan and use the veteran tricks that got him here that allowed him to leave Minneapolis with the victory. And here’s another old adage for you: it’s why they fight the fights.

Going into Saturday’s bout with Vinicius Moreira, Eryk Anders had a UFC record of 3-4. That’s not a typo, though most would believe it should be. So even though Anders’ talent was evident, he did need a win on Saturday night, and he got it with what Jon Anik would describe as style points, as he stopped Moreira in 78 seconds. That evened Anders’ record in the Octagon at 4-4 and he gets to start fresh with his upside as high as it’s ever been.

The latest killer from Sayif Saud’s squad to break down the Octagon door is light heavyweight banger Alonzo Menifield, and he’s looking to be one of those guys we are going to start describing as having “Ngannou-esqe” punching power. With just nine fights, he’s still a work in progress, but in his win over Paul Craig, he fought a very disciplined and tactical fight before lowering the boom on the Scotland native, and that’s a great sign not only for Menifield but for a 205-pound weight class with more young, charismatic talent than we’ve seen since the glory days.