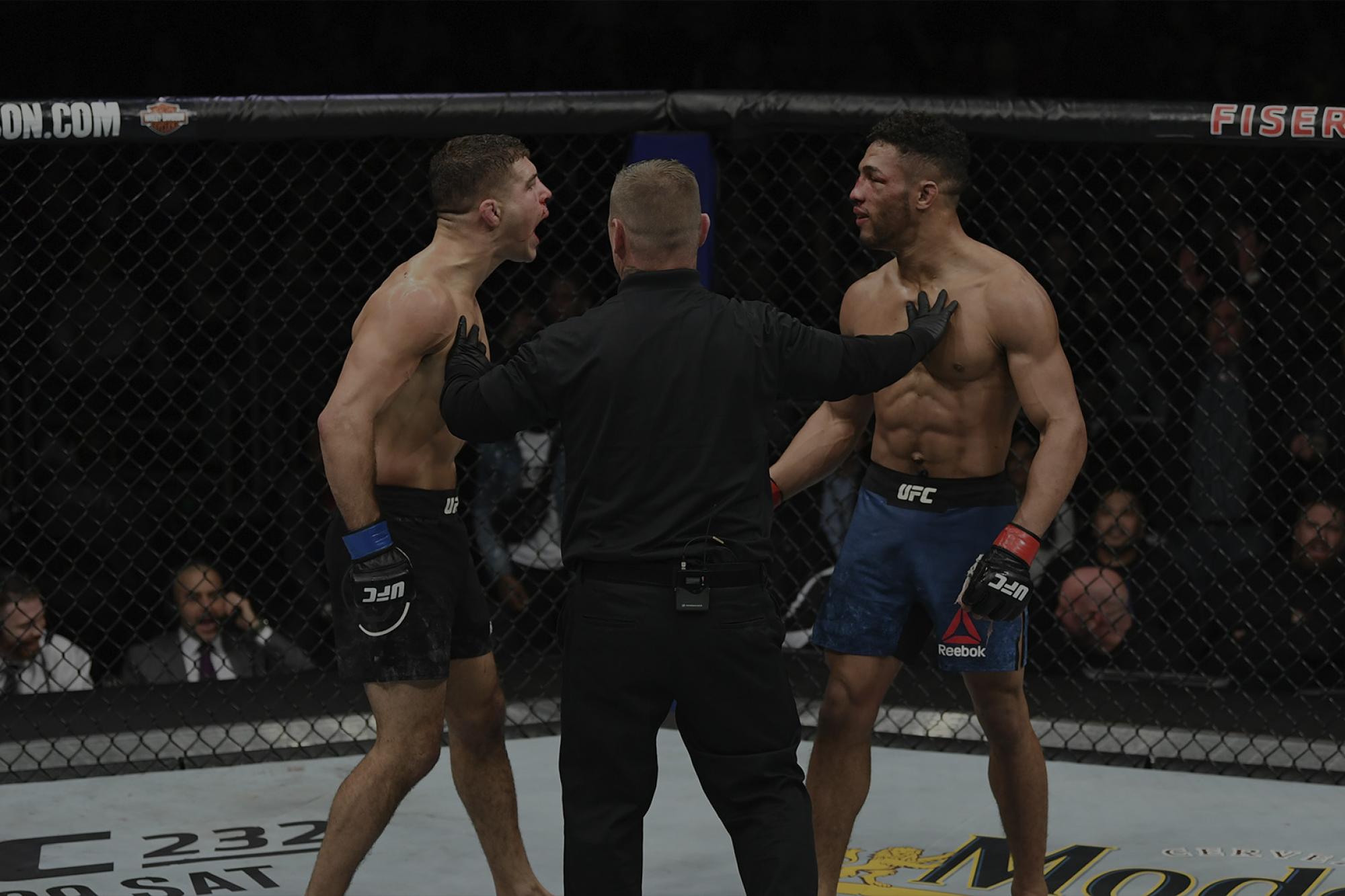 Who were the big winners in Milwaukee Saturday? Read below and check out who made this edition of the Scorecard
By Thomas Gerbasi • Dec. 17, 2018

Saturday’s UFC Milwaukee event is in the books, and now that the dust has settled in Wisconsin, it’s time to go to the scorecard to see who the big winners were at the Fiserv Forum.

1 – Al Iaquinta
Al Iaquinta hasn’t had the easiest run in the UFC. Whether injuries, inactivity, battles with the UFC, or taking a fight with Khabib Nurmagomedov on a day’s notice, “Raging Al” has specialized in taking the road less traveled. So while he held a 2014 win over Kevin Lee, four years later he was an underdog to the surging “Motown Phenom.” But then came Saturday night, and after five rounds where Iaquinta showed a champion’s heart in breaking open a close fight in the final two frames, he earned the unanimous decision and ended 2018 in a perfect position in the stacked lightweight division. Finally, it looks like Iaquinta has arrived.

2 – Edson Barboza
I know this is the fight business, but I don’t know why anyone would be willing to step into the Octagon with Edson Barboza. And credit to those that do, like Dan Hooker, because every opponent knows that the next day is going to be as painful an experience as the fight is. Every strike is meant to punish or finish – often at the same time – and whether he wins or loses, he will leave a mark on his opponent. On Saturday, it was a win for Barboza, and it was so impressive that I kind of forgot that he had a two-fight losing streak entering the bout with Hooker. Barboza vs Justin Gaethje in 2019? Oh boy, would I pay to see that one.

3 – Rob Font
Rob Font has had to deal with inconsistency thus far in his UFC run, but if his win over Sergio Pettis last weekend was any indication, 2019 will be a big one for the power-punching Bostonian. Using a jackhammer jab, solid ground work and a calm demeanor, Font looked like a fighter on a new level against a tough opponent in Pettis. Keep an eye on Font next year.

4 – Charles Oliveira
Weight issues have unfortunately been attached to Charles Oliveira’s name throughout his UFC career, and hey, there’s no one to blame but the fighter for that. But after making weight for five fights in a row at lightweight and winning four of those bouts by submission, it’s time to start giving “Do Bronx” credit for being one of the most exciting fighters in the game. He always looks for the finish, gets it more often than not, and he’s a threat to anyone he faces at 155 pounds.

5 – Jack Hermansson
Speaking of fighters flying under the radar, look no further than Norway’s Jack Hermansson. Owner of a ground-and-pound game that should make Mark Coleman smile, “The Joker” is turning into a deadly force at 185 pounds, and with a 5-2 UFC slate that includes finishes in four of those victories, I’m ready to see Hermansson against the middleweight elite, and I think he’s ready too.