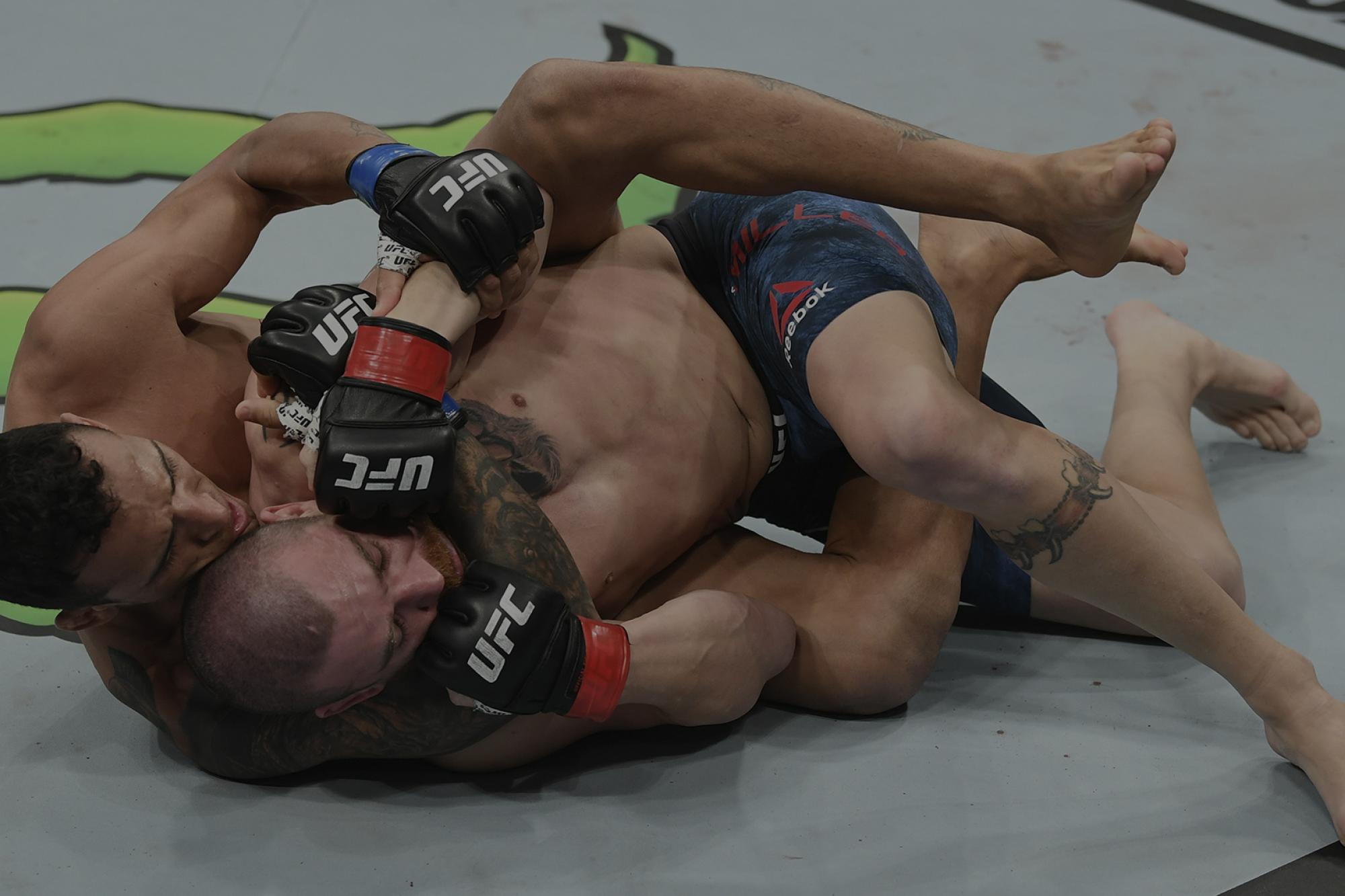 Edson Barboza has long been one of the scariest strikers in the world of mixed martial arts, and he proved it again at Fiserv Forum on Saturday, as he delivered a punishing third-round stoppage of fellow lightweight contender Dan Hooker in a UFC Fight Night co-main event that was also a display of courage by the gutsy New Zealander.

There was no shortage of standup action in the first round, as Barboza and Hooker stayed busy throughout the first five minutes. Hooker traded kicks with Barboza early before beginning to implement his punching attack, but in the final minute, Barboza’s steady stream of leg kicks opened up a right hand upstairs that jarred Hooker, with knees and more leg kicks leaving Hooker limping by the end of the round.

Barboza went after Hooker’s leg again to start the second, but Hooker stayed busy and kept moving forward. In the second minute, the two scrambled to the mat, with Hooker taking control from the top position. Barboza did his best to hold on and force a standup, and midway through, he was able to get upright. Barboza went on to pepper Hooker with a series of power punches to the head, but Hooker wouldn’t wilt, and Barboza appeared to be winded as the round ended.

The minute rest period appeared to give Barboza a jolt of energy, and he went right back on the attack in the third round. The ultra-tough Hooker looked for a takedown but came up empty, and when the two broke, a spinning kick to the body hurt Hooker. Barboza repeated the technique moments later, and then another body shot sent Hooker to his knees, finally prompting referee Rob Hinds to halt the bout. The official time of the stoppage was 2:19 of round three.

Bantamweight contender Rob Font spoiled Sergio Pettis’ return to the bantamweight division, as he won a shutout three-round decision over the Milwaukee native.

Font’s boxing was sharp from the start, as he shot out a rapid-fire jab and mixed in crosses and straight shots to the body. The Massachusetts native even scored a takedown with 1:43 to go, and he kept Pettis there until the closing seconds, when Pettis got the crowd back into it with a spinning kick.

The Font jab kept pumping in the second, and it allowed him to control the round as he marked up Pettis’s face. Pettis was able to get a late takedown, but Font reversed position and was back in control as the frame ended.

Pettis and Font kept scrapping in the third round, Font holding his lead but Pettis refusing to give ground. There was no surprise when the scorecards came back, though, as Font took the bout by three tallies of 30-27.

Oliveira wasted no time getting the fight to the mat, and he smoothly took Miller’s back. Within seconds, the owner of the most submissions in UFC history added to his record, with a rear naked choke forcing Miller to tap out at 1:15 of the opening round.